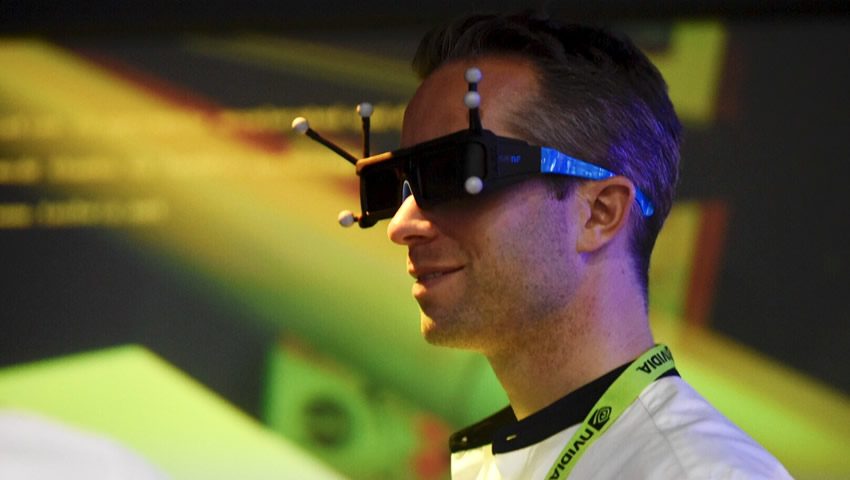 In part one of our regional snapshot of CG in Europe, we discussed the current production and work climate of the industry in this region. Enjoy the second part of our take on CG in Europe, where we will explore the current industry and technological trends in two of the greatest European VFX players: Germany and UK.

Advances in virtual production techniques, powerful software tools and rendering systems, motion-capture and facial-capture breakthroughs, cloud computing, the rise of sophisticated previs techniques, deep learning/AI tools, 8K and of course the emergence of virtual reality (VR), augmented reality (AR) and the upcoming mixed reality (MR) are all current technological trends that are having an impact not only in London but in all the other VFX centres too.

Trends in AR/VR/MR
As we found with our other Regional Snapshot interviews AR, VR and MR are at the top of everyone’s current industry trends list. This is no different for both Sarah Coppola-Nicholson (Foundry, UK) and Francesco Faranna (Mackevision, Germany). Sarah delves into the specifics of how this trend impacts the UK. She informs us that research conducted by her company Foundry has found that nearly a third of people believe that real-world experiences will eventually be replaced by virtual ones.

“With immersive environments proving more and more popular with VR users, it is therefore unsurprising that the concept of hyperreality is growing in significance rapidly and that many of the VFX companies are actively developing divisions to service the growing demand for expertise, including MPC, Framestore and The Mill.” Sarah tells us that many smaller studios in the UK are working within VR, and that “a recent report by GrowthEnabler estimates that 150 of the 800 worldwide VR engaged companies are based in the Britain.”

We also see hyperreality spreading to other sectors outside of film and TV. Jon Wadelton, Foundry’s CTO has said: “Hyperreality is making big waves in the retail industry, with giants like Amazon and Ikea turning to virtual and augmented reality to transform consumer shopping experiences. AR is allowing consumers to see digital information overlaid onto real products. Within healthcare, hyperreality is transforming visual learning, allowing aspiring surgeons to train in hyperreal scenarios that better reflect the process of real-life surgery. The use of hyperreality in therapy is also allowing people to overcome and treat phobias or trauma through visualisation.“

Sarah believes that “the deployment of VR in the out-of-home entertainment sector has caught many by surprise. In fact, DNA VR has opened the first virtual reality arcade in London with other similar VR entertainment centres set to follow suit including IMAX who are currently exploring the opening of an IMAX VR pilot centre in Manchester. BANDAI NAMCO Entertainment, the Japanese toy, game software and amusement conglomerate, has just launched a new immersive entertainment concept with the test-opening of VR ZONE Portal London.”

Foundry’s efforts to take the lead in VR are reflected in products like CaraVR, and are also developing a number of internal and collaborative research projects with a focus on VR, AR and MR, including Bunsen and the InnovateUK funded projects FAME and ALIVE.

According to Sarah, hyperreality contributes to the demand for higher resolutions with the use of stereo and 360, which “significantly impacts on file sizes and workflows. However, this rapid uplift in file sizes isn’t just limited to the demands of hyperreality. Up until only a few years ago, the standard resolution for visual effects in film was 2K. These days, VFX houses today are often being asked to work on 4K, 6K and even 8K material.” She goes on to say that if studios use “the traditional model of in-house computing power for image manipulation and rendering it can quickly lead to painfully slow server speeds and storage capacities will struggle to keep up with the heavy file sizes that higher resolution imagery demands.”

Foundry is also working to address this demand for greater computing power, and Sarah believes her company offers studios a new paradigm with a cloud-based computing workflow called Elara. “The entire pipeline, including the software, storage and rendering processors sits on the cloud with VFX artists working remotely through a standard web browser and can therefore perform an extremely wide range of operations using an average laptop.”

Within Germany, Francesco Faranna sees many VR and AR startups emerging. For Francesco’s studio Mackevision, AR has become invaluable with the use of realtime ready 3D assets in preproduction. The director and DOP can see CG assets in the monitor while shooting, so they gain a greater insight into what the shot will look like after post production. This includes live keying and capturing of lens data like depth of field. This helps with timing and interaction of actors with CG characters and CG environments.

Photogrametry has also been an invaluable tool for Mackevision. This is “a state of the art technique we use in our productions on a regular basis. For planning on set as well as for the actual use of geometries in production.” This then leads into rapid prototyping which is used in many industries outside VFX, including medicine and prosthetics.

Artificial Intelligence Goes Mainstream
In the realm of artificial intelligence, Sarah insists that AI and deep learning technologies are becoming more and more significant in the cutting-edge developments of VFX workflow. She is confident that this new trend will have the largest impact “in taking the “grunt” out of post-production work, automating the more mundane tasks and opening new doors of perception and creativity.”

For his part, Francesco tells us that he sees potential for artificial neural networks and deep learning simulation, image recognition for compositing, render-wrangling, along with many other uses. “There are already some world class pioneers in this area in Europe, like the Fraunhofer Institute for Intelligent Analysis and Information Systems. And even the R&D department of the Filmakademie Baden-Württemberg has started to participate in this field by implementing previous research on machine learning for animation synthesis and style transferring.”

More Trends
Outside the technical area, Sarah sees another trend developing within the UK, where established production houses are having a greater input into the development stages of projects. They “are not just sitting back and waiting for the work to come to them. Instead, several are active in the development of projects that may have been authored outside the company, in effect playing a part in actively helping these projects get from script to screen.”

Finally, Sarah says, “I’m naturally curious and find myself innately drawn to the emergent technologies that this industry thrives on, especially their practical uses and applications. With the passing of every day, there is nearly always something new to explore and I do believe that it has never been a more exciting or rewarding time to find oneself working in this sector. My job doesn’t feel like work.”