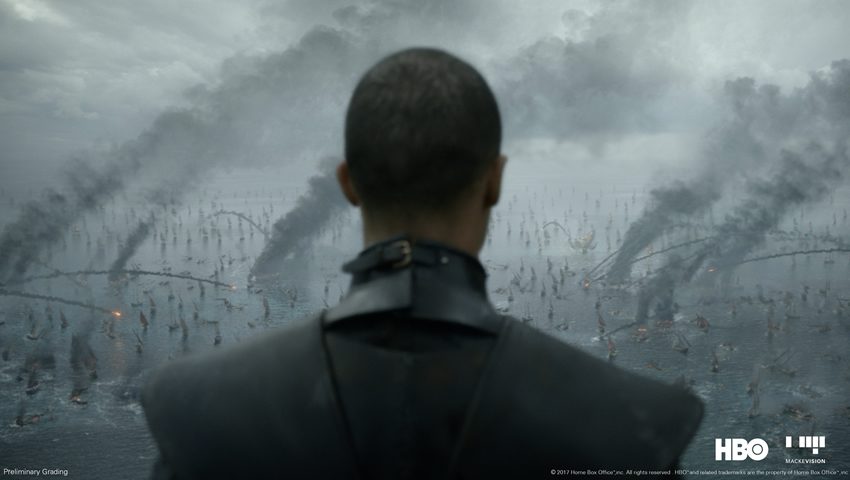 In this regional snapshot, we explore the climate of the computer graphics (CG) industry within Europe. In part I of this exploration, we touch base with two industry veterans, Sara Coppola-Nicholson (Foundry, UK) and Francesco Faranna (Mackevision, Germany), who provide us with their expertise in the European visual effects (VFX) scene. Sara is project manager at the Foundry and supports internal R&D, InnovateUK and EU funded projects. These projects range from virtual production, virtual reality, mixed and augmented reality to product improvement, game and design. Outside of her work at the Foundry, Sara is producing BlindSight, a full-length feature film written and developed for virtual reality (VR) that is also slated to have a standard theatrical release. For his part, Francesco is a VFX producer at the Stuttgart VFX and visualization company Mackevision, who are best known for their work on Game of Thrones and high end work with cars in the visualization and real-time department.

European Markets
Sara informs us that, of the 20 highest grossing films of all time, 17 are VFX-heavy blockbusters and 3 are CG-animated movies. Stuart Little (1999) had around 20 VFX shots, whereas today, a film like Captain America has 2,500 VFX shots. Consequently, VFX film budgets have grown from 10% to ranging between 20-50%. Sara goes on to say that, “over this same time-period, the UK has transformed into a global centre for VFX, with four main companies dominating the marketplace. Interestingly, although the majority of these companies are UK-based, they are not all UK-owned.”

She emphasizes the global nature of the industry by explaining that though London houses some of the largest, most world-renowned VFX studios, (DNeg, Framestore, MPC, Cinesite, The Mill and Industrial Light and Magic), these houses tend to farm out work to offices in different territories to maximize financial incentives, especially tax subsidies. However, she still believes that “in this international panorama, the heart of the creative operation apparently still remains in London with the VFX industry appearing to be buoyant.”

Another interesting aspect is that even though London has many large VFX studios, there are still a good proportion of smaller companies such as Milk, BlueBolt, Embassy, NVizible also working in the space. “All of which are making a significant impact on the industry.”

London of course is not the only player in the CG industry game. In Francesco’s opinion, apart from the UK, Germany is also an important hub for CG in Europe. He also states that France, the Czech Republic, Hungary and Poland are players in the field of VFX.

Francesco lists several indicators which, through cause and effect, bring strength to the CG industry in Germany.

Stuttgart is home to the Filmakademie Baden-Württemberg, “which is regularly voted by the Hollywood reporter as one of the 15 best film schools worldwide. They believe that the best students from Visual Effects are graduating here.” In fact, Filmakademie students won the Best in Show award for the 2017 SIGGRAPH Computer Animation Festival.The status of the Filmakademie helps to create a large pool of talent for Germany to draw on. The Filmakademie also collaborates each year organizing the FMX, which is one of the world’s premier conferences for VFX and Animation, and where industry experts meet and cutting edge achievements are presented. Also a chapter of the Visual Effects Society has recently been established in Berlin and Stuttgart (London also has a chapter).

Francesco believes that government film subsidies are strong in Europe and that they will be increased in the future. “Through these film subsidies, it was possible to acquire movie and TV series projects from Los Angeles for the major VFX studios in Germany. This is exactly what the subsidies are intended to achieve. The artists remain here rather than emigrating to Canada, for example – or in our case even directly to the “neighbour” London.”

Employment Opportunities
In regard to jobs and employment growth, Sara tells us, in 2013 just in the UK there were already 5,300 people working in the VFX industry, and it is expected to grow 14% more between 2012 and 2022, with GVA rising from £284m to £323m. Similarly, employment is expected to increase over the same period, reaching 7,600 in 2022. In fact Sara says, “the strength of industry in the UK has prompted the Office of National Statistics to report that the British film industry has played a key role in driving the growth in UK GDP in the last three months with only retail contributing more.”

She informs us that London is no exception to the trend of freelance staff over full-time PAYE staff. “This is because companies can grow and shrink on a show-by-show basis with a significant proportion of the demand being filled from a freelance pool with people often contracted on a single show rather than recruited to work for the company as full-time staff members.”

Francesco shares his experience with us working as a freelance staffer in London. “The competition is huge. I was told right at the beginning of some interviews that they were not interested in what I had done before. It is important for them how much experience you have in one of these big studios. If you don’t have any, you have to start from the bottom. No matter how old you are and how long you have been working in the industry. When you are inside, everything has to happen very quickly. You have to be good and fast, but even then, you’ll still do overtime.” He agrees with Sara in regard to contractual work and explains, “there are only a few permanent jobs for very few people. Fixed-term contracts for the duration of production are on the agenda. Long-term life planning is therefore only possible to a limited extent. The older you get, the harder it is in such an environment.”

He believes that Germany is a much more family-oriented and friendly work environment. “[In Germany] you don’t have the constant feeling of insecurity. But if you’re just starting your career and get a position in London, you’ll have some good chances for the future. You get a lot of experience very quickly and the network you can create is very extensive.”

Stay tuned for part two, where we will explore the Current CG trends being implemented within Europe.