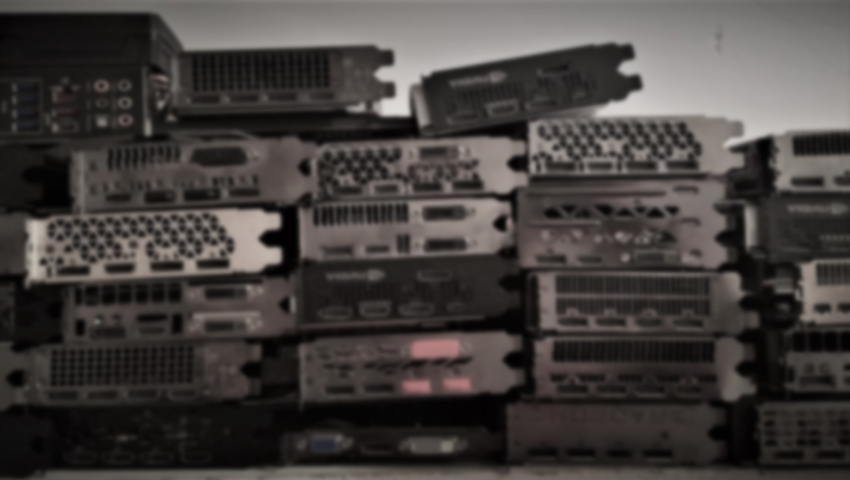 Is it all fake news, or April fools?

Some of the recent announcements about GPUs include:

If you were looking for a new GPU there’s plenty to choose from, even more than the list above; GPUs for your fitness watch, for your car, for your guided missile — oh wait, you don’t have one of those, do you?

GPUs have found their way into almost every electronic device there is, from super-duper computers to wearables. But they aren’t just simple SIMD (single instruction/multiple data) engines and haven’t been for some time. They have specialized function engines, like texture mapping units (TMUs), Codecs capable of transcoding various formats to/from various resolutions, matrix-math processors known as tensor cores, ray tracing intersection processors, security processors, high performance display processors that can drive several monitors at different resolutions and refresh rates, audio surround sound, and inter-processor communications. They are as tiny as a peppercorn, and as large as baby’s hand.

In addition to running complex, computational fluid dynamics solvers and fast-action gaming, helping drive a car, and controlling your smart appliances, they have also found a home in crypto mining farms. We saw the first surge of GPUs being used to complete blocks of verified transactions with Bitcoin in 2010, but they were replaced with a dedicated ASIC. Then, GPUs were used with Ethereum in 2017, and again in 2020 and 2021. In both instances, shortages of add-in boards (AIBs) occurred, which drove up the end-user price — classic supply and demand. As Ethereum value started to surge with the pandemic, clever speculators ran bots to buy every new AIB that came on the market. And speculators offered those AIBs at two or three times the price they bought them for (that happened as the supply chain was crashing and inventories dried up).

At the end of March 2022, Nvidia announced a new, high-end AIB for $2,000 USD — four times what they were charging five years ago.

The surge in artificial intelligence (AI) training and, subsequently, AI inferencing has been a major motivator for companies to enter the GPU arena. Gaming is the other major attractor and spans from PCs to consoles to arcades to handheld devices and smartphones. The surge in price for GPUs for gaming has been uneven. AIBs for gaming on a PC have shot up in price, while consoles and handhelds have remained stable. Smartphones have jumped in price as well. And, although the demand for consoles has been high, prices have not followed up with demand. Arcade systems, especially popular in Asia, have not gone up dramatically in price. Smartphones have jumped in price, due to COG (cost of goods) with larger, higher-resolution screens, multiple lenses and associated camera circuitry, as well as improved audio.

PC gaming and mining AIBs have increased in price by at least two, maybe three times over PC notebook GPUs, so shortage of supply has to be ruled out as the cause for the surge in pricing on PC AIBs. That leaves miners, speculators, and gougers. This is no joke.

At the same time, gaming AIBs have been priced out of the reach of most gamers. Fabulous new games are entering and have entered the market. The new games have been designed with the latest features, yet most of them are being run on older AIBs because of lack of supply. Think of how frustrating that must be for the game developers. And, with the exception of the $2,000 AIB mentioned above, the GPU suppliers are not enjoying this surge in retail prices. The benefits to to the channel organizations, like Amazon, NewEgg, BestBuy, and others, while the speculators sell AIBs on eBay at prices 2- to 3-times more than manufacturers’ suggested retail price  (MSRP).

There’s a good probability these inflated prices will come crashing down as gamers just say “no”, and the speculators and gougers find themselves with, again, inventory they can’t sell. And, gee, wouldn’t that be a shame.