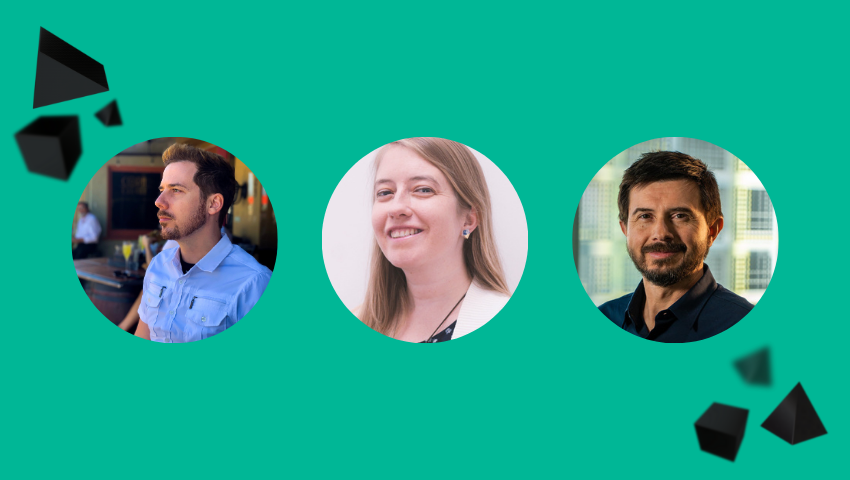 Tanya X. Short is the captain and designer of Kitfox Games, a small independent studio in Montreal responsible for games like “Boyfriend Dungeon”, “Moon Hunters”, and “Lucifer Within Us”, while also publishing games like “Dwarf Fortress”, “The Shrouded Isle”, and “Pupperazzi”. She also co-edited the “Procedural Generation in Game Design and Procedural Storytelling in Game Design” textbooks, and serves as co-director of Pixelles, a non-profit helping more women and people of historically marginalized genders make games. Follow Tanya on Twitter.

Rodney Reece is currently a principal level designer at Respawn on the “Apex Legends” team. His specialty is layout, particularly in the multiplayer space, and he was the designer behind the Apex map World’s Edge, equivalent to shipping a game from a production standpoint. Before Respawn, Reece worked at Naughty Dog for 10 years on everything from “Uncharted 2” to the early development of “Last of Us 2”. He was hired originally as a contract QA in 2008, but worked his way through various junior-level roles, from FXs, lighting, audio, background art, and level design. It was a bit of an unusual career journey, but he eventually settled as a game designer at Naughty Dog around 2012 and stayed in that role until leaving. Follow Rodney on Twitter.