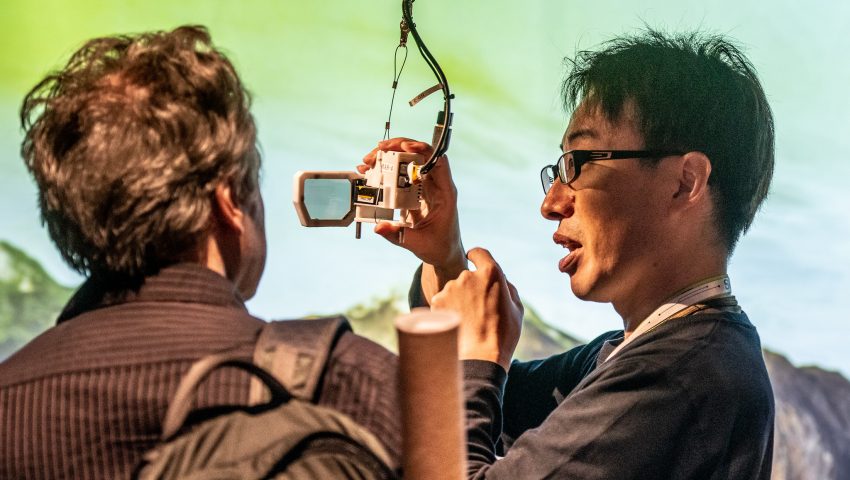 What makes someone superhuman? According to definition, a superhuman trait is one that exceeds “normal human power, size, or capability.” Superhuman abilities can be defined by comparing them to “average” human ones — superhuman speed, for example, is relative to the average and expected human speed. Superhumans can also defy the circumstances they are faced with: those who walk after being told they would never walk again, or people with impaired hearing who are able to hear again.

Let’s take a look at some of the emerging technologies comprar parque hinchable baratos that are enhancing our basic senses and allowing us to achieve what some may have thought impossible.

3D-printed Corneas
Posited recently to be a replacement for donor transplants, 3D-printed corneas were first developed from research out of Newcastle University and will likely help millions see. What’s more, the corneas can be customized to fit a patient’s eye scan and shape.

AR Glasses
With major tech companies like Apple and Facebook developing their own, AR glasses are here to stay. And, it’s easy to see why thanks to the technology’s already-proven ability to help the visually and cognitively impaired.

Cyborg Ears
Though emphatically not a hearing aid, this single-ear device can boost your hearing to superhuman levels.

Exoskeletons
Controlled with a neural implant, recent developments for artificially made exoskeletons are helping people walk again. The devices are part of a two-year trial out of biomedical research center Clinatec and the University of Grenoble.

3D-printed Prosthetics﻿
Currently 30 times cheaper than other prosthetics on the market, this solution from a UK-based startup is a medical innovation that could revolutionize healthcare.

Virtual Taste﻿
A lab out of the University of Maine, led by Nimesha Ranasinghe, is taking virtual reality to a whole new dimension and using electric currents to fool users into tasting something they are not.

Online Odors
Sounds appealing, right? Well, it just might be possible. New developments from researchers at the Imagineering Institute in Malaysia have found ways to use electricity to digitally evoke different scents and odors.

Artificial Translation
How many science fiction worlds promise a world with instant translation? The babel fish in Hitchhiker’s Guide to the Galaxy, the Tardis’ translation circuit in “Doctor Who,” “Star Trek’s” Universal Translator … well, it might not be considered science fiction much longer thanks to researchers at Karlsruhe Institute of Technology.

Brain-machine Interface
A new technology developed out of Northwestern University might help people with paralysis, such as locked-in syndrome, find their voice again.

Danielle Belko is the SIGGRAPH 2020 Emerging Technologies Chair. Learn more about the program and submit your latest “superhuman” creation to the General Submissions call through 11 February 2020 (opening soon).