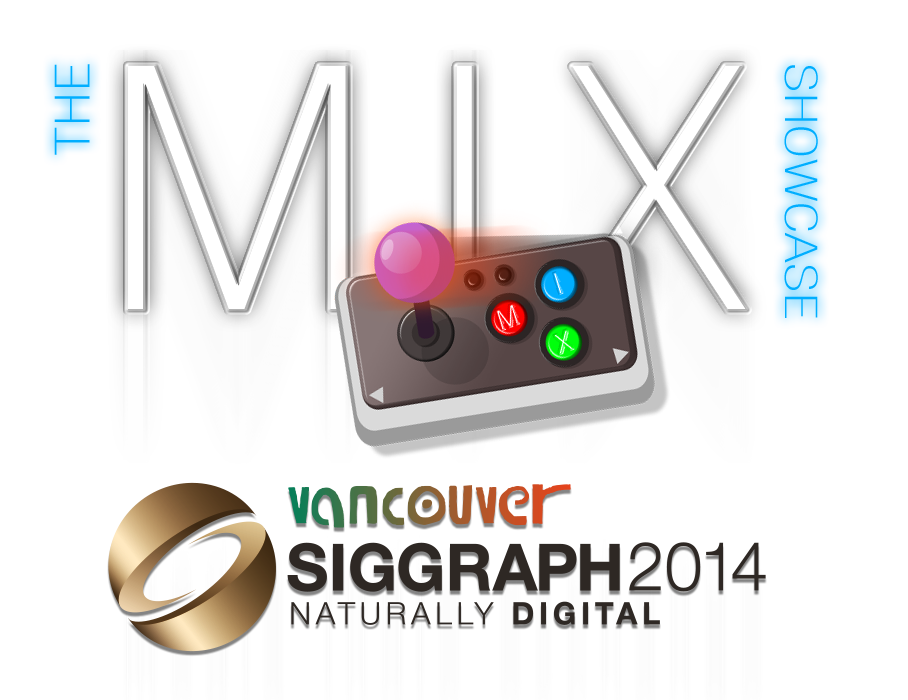 SIGGRAPH 2014 has teamed up with Media Indie Exchange (The MIX) to bring the first-ever SIGGRAPH indie game showcase to its Exhibition, 12-14 August, at the Vancouver Convention Centre in Vancouver, British Columbia.

SIGGRAPH is the premiere international conference on computer graphics and interactive techniques and consistently offers top-notch content for gaming professionals and enthusiasts alike. As part of this special collaboration with The MIX, attendees will have access to exclusive presentations — with the game developers themselves — on indie projects featuring a wide variety of cutting-edge graphics and gameplay that in some instances is still in the experimental stages.

“The MIX brings a high level of talent, creativity, and quality to the table. We are excited to bring this experience to the SIGGRAPH community and put a spotlight on it,” remarked SIGGRAPH 2014 Conference Chair Dave Shreiner. “Hopefully, speaking with indie developers first-hand will inspire individuals and small teams in attendance to ‘go for it’ with their own projects.”

The MIX team has been organizing showcases for independent game developers to present their projects to media and industry leaders since 2012. SIGGRAPH 2014 will mark the first MIX showcase outside of the United States.

“The MIX at SIGGRAPH 2014 shows the ongoing impact of indie studios on the industry,” said Justin Woodward of The MIX.  “This event provides another platform where we can help share advances from this world with new audiences.”

The MIX lineup during SIGGRAPH 2014 will be released in the weeks leading up to the conference. For the latest updates visit s2014.siggraph.org or stay tuned to SIGGRAPH 2014 on Facebook and Twitter. Access to the Exhibition starts at $50 USD and is available by clicking here.

Since 1974, ACM SIGGRAPH has been fostering and celebrating innovation in Computer Graphics and Interactive Techniques, building communities that invent, educate, inspire, and redefine the computer graphics landscape. For more news and headlines, visit the ACM SIGGRAPH news feed. Get updates on virtual SIGGRAPH 2021, 9–13 August.