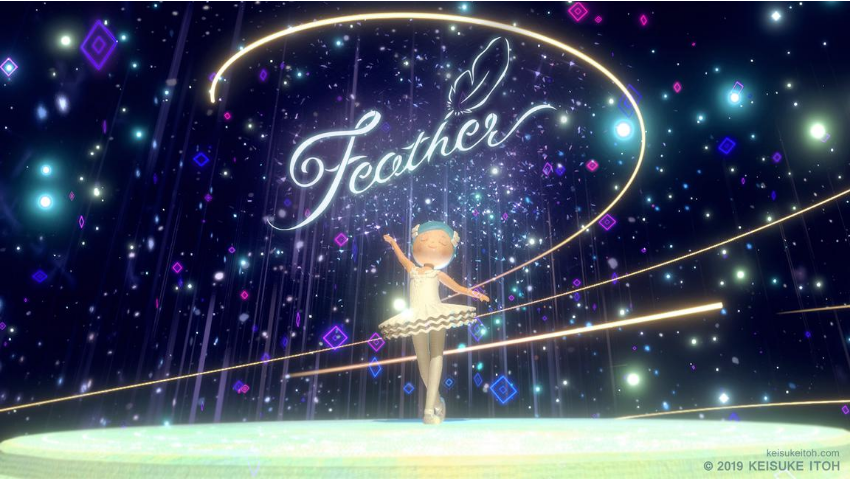 The SIGGRAPH 2020 VR Theater selection “Feather” features the story of a female doll who dreams of being a ballet dancer. In this cinematic experience, the animation relies on the viewer to encourage the doll to pursue her goal. We connected with Keisuke Itoh, director of “Feather”, to learn more about what inspired the story, how the VR film was created, and the important role the viewer plays in helping the main character achieve her dream.

SIGGRAPH: What inspired the plot of “Feather”?

Keisuke Itoh (KI): We started this project with the aim to encourage people to pursue their dreams. We thought deeply about how to give courage to the viewer, and, after that, we came up with the story of “Feather”. The viewer can gain courage by supporting the girl and witnessing that her dreams come true.

SIGGRAPH: What role do “courage” and “encouragement” play in the animation?

KI: Courage is the driving force for our dreams. We think that courage comes from encouragement, that is, the kindness and compassion from the people around us. In “Feather”, the viewer can encourage the [main character] by giving her a feather, which gives her the courage to pursue her dream of becoming a ballet dancer.

SIGGRAPH: Tell us about the process of creating “Feather”. How many people were involved? How long did it take? What was the biggest challenge you faced?

KI: There are five people involved in this project, including me (the director): our producer, assistant producer, composer, and logo designer. It took six months to complete the project.

The biggest challenge was developing the story while also participating in the La Biennale di Venezia College Cinema VR in 2019. There were many difficulties in the process of reinventing the story, because the story we had prepared was taken back to the drawing board after discussions with mentors.

By overcoming these difficulties through teamwork, we came up with the final concept of viewers encouraging the [main character] by giving her a feather.

SIGGRAPH: Why was it important for “Feather” to be interactive? What role do viewers play in the doll’s story?

KI: When we watch movies, we empathize with the main characters and support them. Through the interaction in VR, viewers can actually support and engage with characters. That interaction allows viewers to play an important role in the story, which in our case was critical for this film.

SIGGRAPH: The VR animation does not have dialogue or subtitles. What experience does this create for the viewer?

KI: I believe that the character’s emotion can be connected to the viewer more intuitively by not using dialogue or subtitles. For example, when a character is touched by something, rather than saying “I was touched,” the character’s silent tears convey the emotion directly to the viewer.

My personal code is that all emotions can be expressed by the character’s gestures and facial expressions.

SIGGRAPH: What’s next for your team?

KI: The next project we are working on is a VR animation “Beat”. “Beat” is a story elaborated from your heart.

Viewers can experience the work with their hearts in their hands. The heart in the animation vibrates at the same pace as a viewer’s heartbeat. They encounter a rusted robot, absolutely static, and he doesn’t have a heart to beat. Viewers can grant him a new heart by putting theirs on the robot. He then stands up and starts to move, expressing joy to live out all his strength; however, when he meets with new robots, he doesn’t know how to communicate properly. The heart becomes the key to moving the story forward, and the story aims to arouse consciousness of the heart via the growth of the robot.

SIGGRAPH: What are you most looking forward to in participating in your first SIGGRAPH?

KI: We have never attended SIGGRAPH in the past. Even before I was involved in the VR industry, I was longing to participate in SIGGRAPH, a mecca for CG animation creators.

I am honored to be able to participate in SIGGRAPH this time, and, as a creator, look forward to seeing many technologies and works.

SIGGRAPH: What advice do you have for someone who wants to submit to the VR Theater for a future SIGGRAPH conference?

KI: There are still many unexplored fields in cinematic VR creation, so we think it is important to think outside the box and pursue unique ideas. In addition, we also tried to create a dreamy story that is unique to VR.

SIGGRAPH 2020 registration is now open! Register now for the virtual conference. With an Enhanced or Ultimate pass, you can discover even more inspiring stories from the VR Theater. 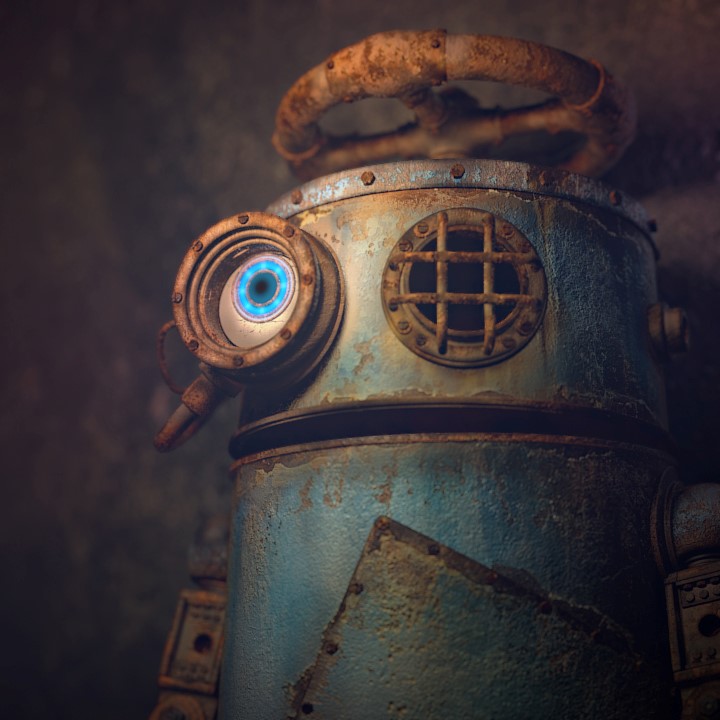 Keisuke Itoh is a freelance VR and 3DCG artist. After working as a graphic designer for a manufacturer, Itoh switched to freelance work in 2012. He is in the pursuit of warmness and a human touch in his CG, unlike cold, conventional CG. “Feather” screened at the 76th Venice International Film Festival before being selected for the SIGGRAPH 2020 VR Theater.