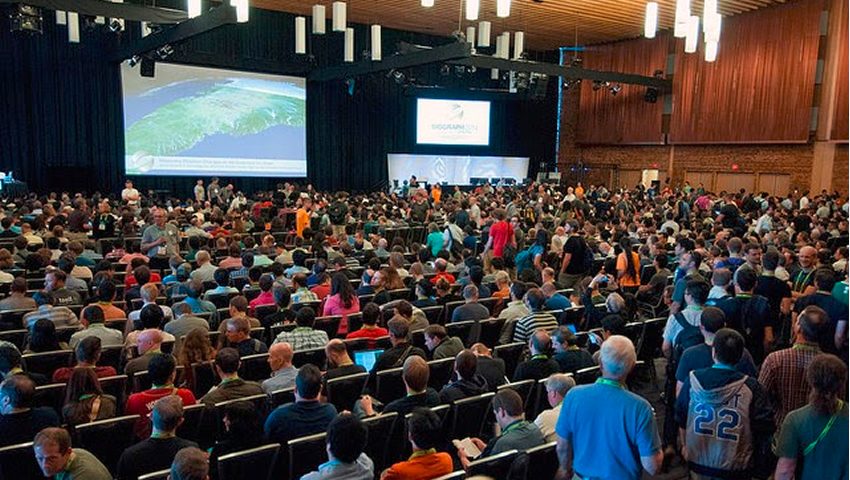 VANCOUVER, British Columbia – SIGGRAPH 2014 returned to Vancouver, Canada, for its 41st conference and exhibition. From 10-14 August, 14,045 artists, research scientists, gaming experts and developers, filmmakers, students, and academics from 50 U.S. states and 75 countries gathered to experience cutting-edge computer graphics and interactive techniques. There were 6,156 participants from the host country of Canada.

The conference boasted more than 40,000 sq. ft. of exhibit space featuring 175 participating companies – an increase from the 2013 conference in Anaheim, California. Eighteen countries were represented on the exhibit floor, 44% of which are based outside of the U.S. – including 28 companies from Canada. Furthermore, 25% of the exhibitors were first-timers, which was the highest percentage in four years.

“This year’s exceptional education, numerous networking opportunities, and mind-blowing technological advances appealed to everyone,” said Dave Shreiner, SIGGRAPH 2014 Conference Chair. “SIGGRAPH 2014 offered an incredible exhibition experience, innovative and inspiring content, and bounce house for sale celebrated the impact that graphics and technology can have in every day life. Finally, the city of Vancouver was amazing – from the mayor’s office to the convention centre to the economic commission to the tourism bureau.”

An impressive 1,533 speakers and contributors participated in the conference through a variety of talks, sessions, panels, papers, presentations, tutorials, and screenings.

The impactful keynote presentation by Not Impossible Labs co-founder Elliot Kotek shared a simple message: “Help One. Help Many.” Kotek showed how technology can have an immense impact on humanity by sharing stories of Not Impossible Labs’ efforts including Project Daniel, which outfitted Sudanese amputees with new prosthetic limbs thanks to 3D printing technology.

Vancouver Mayor Gregor Robertson made an appearance, addressing members of the press and visiting SIGGRAPH 2014’s Emerging Technologies venue. He expressed his delight that emerging technologies and computer graphics have caused “an influx of talent and great people to our city” as well as thousands of jobs for its citizens. The Vancouver Economic Council sponsored the Emerging Technologies area. The virtual reality experience “Birdly” won the Laval Virtual award and the AR/VR competition.

Join Us in Los Angeles in 2015
SIGGRAPH 2015, the 42nd International Conference on Computer Graphics and Interactive Techniques, will be held 9-13 August, 2015 at the Los Angeles Convention Center.