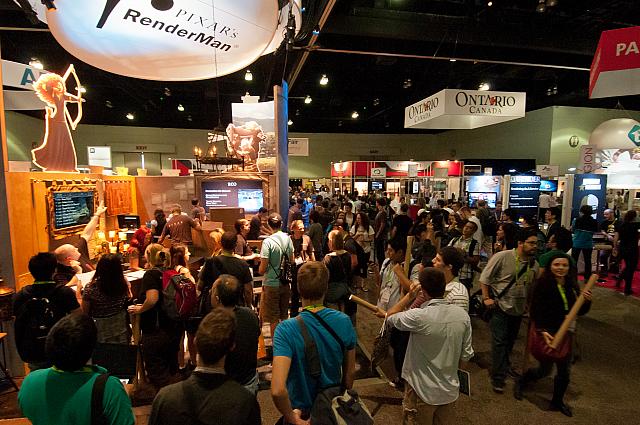 Los Angeles – SIGGRAPH 2012, the world’s premier conference on computer graphics and interactive techniques, welcomed 21,212 artists, research scientists, gaming experts and developers, filmmakers, students, and academics from 83 countries around the globe to Los Angeles this week. In addition, 161 industry organizations exhibited at SIGGRAPH 2012 representing 44,750 sq. ft. of exhibit space – approximately a 5,000 sq. ft. increase over 2011.  A total of 19 countries where represented on the show floor.

“As SIGGRAPH 2012 draws to a close, I’m incredibly proud of the body of work that represents thousands of hours of effort from hundreds of volunteers,” said Rebecca Strzelec, SIGGRAPH 2012 Conference Chair from Penn State Altoona.

She continued, “SIGGRAPH is not about a location – it is about the kindred spirit of our community and being able to mechanical bull for sale provide cutting-edge content across many different fields.  In that sense, SIGGRAPH 2012 was a resounding success whether you are an artist, a scientist, a game developer, or a student… we featured incredible content that will continue to inspire everyone into 2013 and beyond.”

In all, more than 1,200 speakers and contributors participated in the conference through a variety of talks, sessions, panels, papers, presentations, tutorials, and screenings. 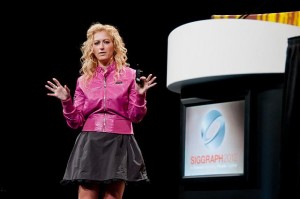 Jane McGonigal, director of game research and development at the Institute for the Future (IFTF) treated the audience to a lively discourse on how games are transforming the way we lead our real lives, and how they can be used to increase our resilience and well-being.

McGonigal’s research has shown that scientific studies suggest playing games can and have helped those with autism, ADHD, PTSD and even cancer. She has created the game SuperBetter, which helps players achieve health goals or recover from illness or injury by increasing their personal resilience.

• The Computer Animation Festival presented the world’s most innovative, accomplished, and amazing creators of digital gaming, film, and video. A total of 91 films were shown during the Festival. In addition to film screenings, the Festival included interactive sessions and exclusive learning opportunities to gain industry secrets and advice inflatable water slide from some of the most successful professionals in the field.

• Jury Award: How To Eat Your Apple, Directed by Erick Oh, Independent; USA and South Korea

• The SIGGRAPH 2012 Art Gallery: In Search of the Miraculous presented exceptional digital and technologically mediated artworks that explored the existence of wonderment, mystery, and awe in today’s world of mediating technologies and abundant data. From nearly 400 submissions, the Art
Gallery jury selected 12 pieces to be featured.

Join Us in Anahiem in 2013
SIGGRAPH 2013, the 40th International Conference on Computer Graphics and Interactive Techniques, will be held 21-25 July 2013 at the Anaheim Convention Center in California

Editor’s Note: Special thanks to John Fujii, SIGGRAPH 1996 Conference Chair, who served as the official photographer for SIGGRAPH 2012.