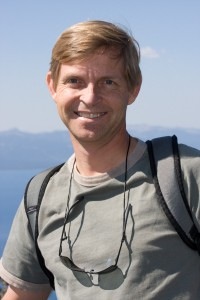 In its second year, the SIGGRAPH Business Symposium provides an intimate, interactive forum for open, frank conversations among leaders and executives in the visual effects, gaming, and media arena as they explore the present and future of the industry. SIGGRAPH 2012 welcomes visionary leaders and experts from a broad spectrum of the computer graphics industry, including animation, education, motion pictures, gaming, and visual effects, to this year’s Business Symposium in Los Angeles, 5 August 2012.

This full-day event is an exclusive opportunity for attendees to gain high-level, experiential vantage point insight from the producers and executives who have all forged unique paths to their current roles and now design the industry’s direction. The day begins with breakfast and roundtable discussions of the day’s agenda. Possible topics include visual-effects production, marketing, international law, education, business development, and other areas related to the industry’s current issues. The morning session provides a foundation for the day – an opportunity to hear from leaders on the global stage what they experience from their particular perspective, followed by featured speakers Carl Rosendahl and John Textor, both visionary leaders who influence the direction of our industry in vastly different manners.

Throughout the day attendees will join in-depth discussion and have ample time to interact with their peers before the afternoon session closes. The Symposium provides a look into newer business models from some of the people and companies defining the future.

Registration for the SIGGRAPH Business Symposium is now available. Attendance for this event is intended to accommodate approximately 200 people interested in, and committed to, defining the industry.

The SIGGRAPH Business Symposium sold out in its inaugural year in 2011. For more details, visit the SIGGRAPH 2012 web site.

Morning Session: The Business of the Business: The State of the Union in 2011-2012

Afternoon Session: Show Me the Money!

Moderator for the Day