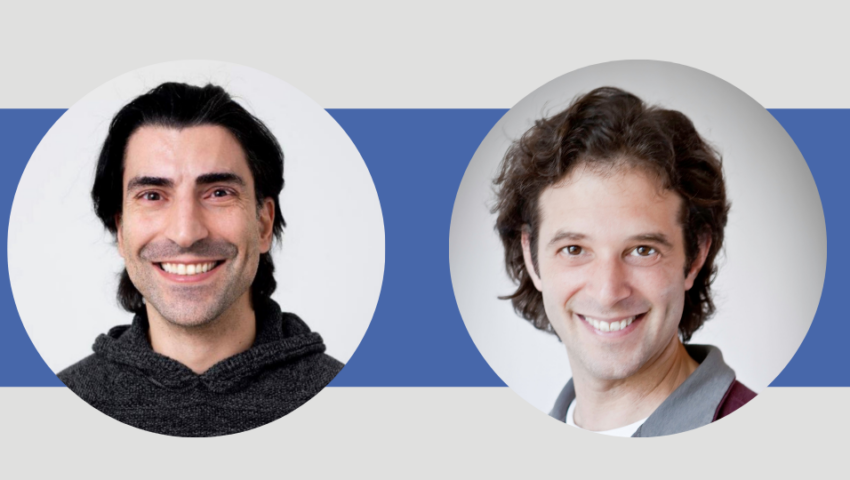 From left to right: John Kalaigian and Larry Cutler

SIGGRAPH Spotlight is looking toward the future – of production that is. SIGGRAPH 2021 Production Sessions Chair, John Kalaigian, spoke with two incredible guests this month on their current projects and where they see the future of production going. In this episode, John chatted with Larry Cutler (Co-founder and CTO at Baobab Studios). Together they discussed how production has changed since Larry’s last SIGGRAPH Spotlight in 2018, where he sees Baobab and SIGGRAPH going in the future, as well as Baobab’s latest projects “Namoo” and “Baba Yaga.” Press play to learn more about Larry expertise in production, Baobab’s mission and where we can see these projects in the near future.

SIGGRAPH Spotlight · 50.2 – The Future of Production with Larry Cutler

Larry Cutler is the Chief Technical Officer and co-founder of 9-time Emmy Award-winning Baobab Studios. He brings deep technical leadership over the past 20 years in the area of animation creation and development. Larry currently serves on the Digital Imaging Technology Subcommittee for The Academy’s Scientific and Technical Awards. He was most recently the vice president of solutions at Metanautix, a big data analytics startup (acquired by Microsoft). Prior to that, Larry spent 10 years at DreamWorks Animation, where he served as global head of character technology and held several leadership positions in the areas of character development, animation workflow, rigging, and character simulation. Larry began his career at Pixar Animation Studios as a technical director on the films “Monster’s Inc.”, “Toy Story 2”, and “A Bug’s Life”. Larry holds undergraduate and Master’s degrees in computer science from Stanford University.