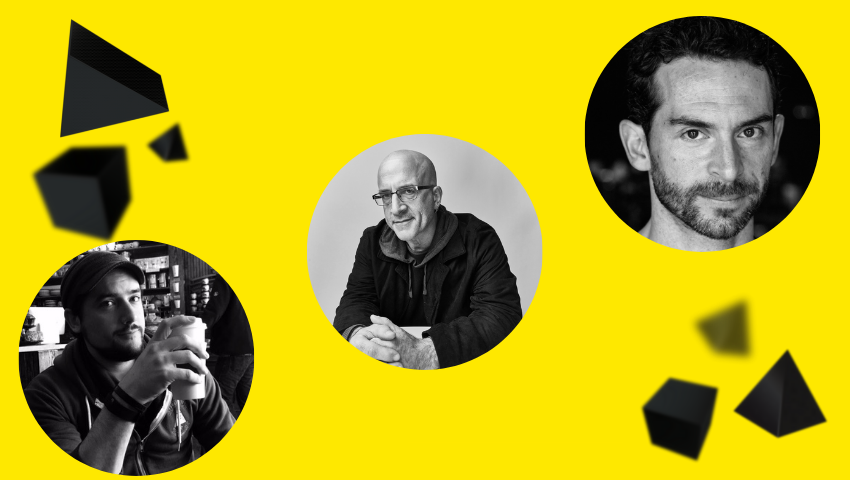 Samuel Tétreault was born in Montreal (QC), Canada and is a graduate of the National Circus School of Montreal. He began his career as a hand-balancer, performing with Alegria (Cirque du Soleil), Cirque Orchestra (Cirque Éloize), and within prestigious German cabarets. His performances garnered several awards including a silver medal at the Festival du Cirque de Demain in Paris and a Bronze Lion at Wuquio Acrobatic Festival in China. In 2002, Samuel became one of the co-founders of The 7 Fingers. As artistic co-director of The 7 Fingers, Samuel has directed “Vice & Vertu”, “Bosch Dreams”, “Triptyque”, “Fibonacci Project”, “Intersection”, “La Vie”, and “Loft”. His creations have been presented at major festivals and venues around the world including Sadler’s Well, Les Nuits de Fourvière, the Melbourne Arts Festival, La Villette, the Hong Kong Arts Festival, the Place des Arts, and the Festival Complètement Cirque in Montreal. Samuel is known for his versatile creativity. His interest for interdisciplinary creation and artistic collaboration has brought him to direct a wide range of authentic work, mixing the circus arts with dance, theater, visual arts, video projections, historical research, live music, etc. Driven by humanistic values, Samuel initiated the Fibonacci Project in 2007. This ongoing creation is realized through a series of residencies around the world, and aims to build bridges between cultures in a celebration of human diversity. For the past 20 years, Samuel has been highly invested in the development of contemporary circus arts in Canada. He was president of En Piste (the Canadian circus arts alliance) from 2013 to 2019, served on several juries for the Québec and Montreal Arts Councils (CALQ, CAM), and is involved with Research Chair of the National Circus School (CRITAC) in collaboration with key academics and industry leaders.