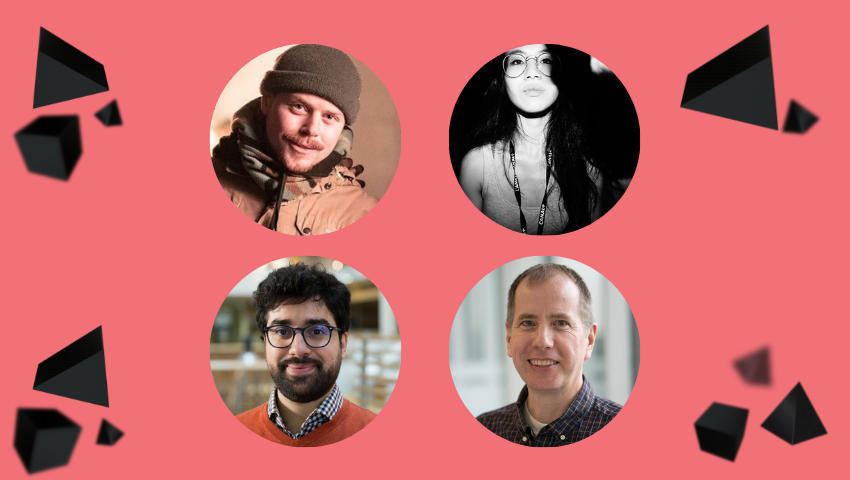 Simone Giampaolo is a London-based director and animator with an insatiable appetite for storytelling and humor. In 2013, he graduated with distinction from the BA (Hons) Computer Animation Art & Design course at the National Centre for Computer Animation in Bournemouth (UK). Between 2014 and January 2018, Simone worked as animation director and computer graphics generalist in the commercial department at Blue-Zoo Animation on a multitude of projects for clients such as Cartoon Network, Disney, LEGO, Nickelodeon, Marvel, Lucasfilm, and BBC. After crafting several short films at Jellyfish Pictures and Aardman Animation (which has been representing him as short-form director since 2018), he’s now directing an environmental mini-series for Sky Kids at Ritzy Animation in London.

Kayu Leung is a Hong Kongese animation director and illustrator based in France. Kayu graduated from Supinfocom Arles (Ecole Mopa) in 2020. Her first solo short film, “Evol”, was selected by different festivals, including the Animafest Zagreb and DC Independent Film Festival. She then had the chance to direct her first commercial short film for TED-Ed, which was also selected by festivals like the London International Motion Picture Awards. Her graduation film, “Les Chaussures de Louis” (or, “Louis’ Shoes”), has had the chance to travel and be shared with audiences around the world via multiple film festival selections. As an independent motion graphist and illustrator, Kayu recently created editorials for the Los Angeles Times and Vogue, and is currently a lighting compositing artist for look development at Xilam Animation.

Taz Tron Delix is a London-based director coming from a background in visual effects and post-production, driving his eye to the most obscure detail in everything he directs and manipulates in post. From his early work in music with the likes of Mike Skinner and Ragz Original, Taz tackled the urban scene in the short space of a few years, winning the UKMVA for Best Urban Newcomer for his three-part music video “Tate Modern,Wary & Pearls”. In 2019, Taz started an ongoing collaboration with one of the UK’s most influential artists, Stormzy. Their first project together — “Audacity” — saw the politically charged rapper command control of an 18-wheeler truck. Then, in 2020, against a backdrop of the Black Lives Matter movement, they released “Superheroes”, a fully animated video that perfectly captured that moment and celebrated Black excellence.