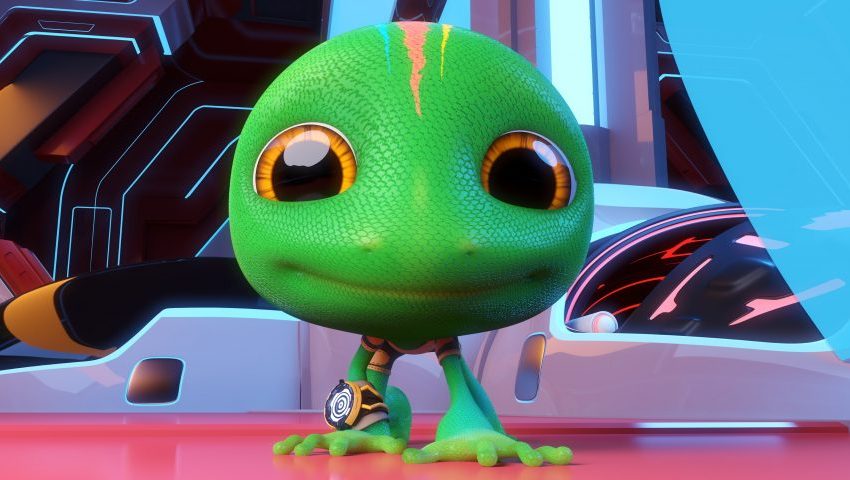 The Nigerian film industry is undoubtedly one of the biggest in the world. Not known for quality but for its huge quantity, film in Nigeria generates hundreds of millions of dollars annually. Many filmmakers now have new platforms to showcase their work and the growth continues to be exponential.

On the other hand, the animation industry in Nigeria seems nonexistent. Cartoonists, 2D, and 3D animators continue to struggle to make headway in the country’s entertainment industry. Most elderly people continue to think animation is just for kids, and animators can’t seem to ever have enough money to get the equipment they need to accomplish their goals. It feels like non-traditional filmmakers are the outcasts of Nigeria’s larger entertainment industry.

In the midst of all this uncertainty and lack of deserved attention, some animators are still determined to do what they can to share their work. We had a chance to interview Nurdin Momodu, an animator and 3D generalist who’s directing Nigeria’s first feature-length, animated theatrical release “Frogeck,” due in theaters by December 2019.

SIGGRAPH: So far, what has been done in the country with regard to animation, both features and shorts?

Nurdin Momodu (NM): There have been a couple of short films. We made one, called “Plaything,” two years ago. My current project, though, is the first feature-length, keyframed 3D animated movie in production.

SIGGRAPH: Do you think this is the beginning of a wave of animation in the country? Perhaps, on the whole African continent?

NM: Absolutely. I think it’s still in its infancy. A lot of people don’t quite understand what animation is, and some people can’t tell the difference between 2D and 3D animation. But, thanks to the internet, more people are exposed to animation and we’re beginning to have more animation.

I can’t really speak for Africa but I know in Uganda there was a highly acclaimed animation from Creatures Animation Studio called, “A Kalabanda Ate My Homework.”

SIGGRAPH: What are the major challenges you are facing on your current project?

NM: The project is still ongoing but most of our pre-production is done, including our storyboard. We have our concept art and we’ve also done some animation tests. A majority of the characters are rigged and the environments are almost ready; however, the major challenge we are facing is a lack of funds. Artists have to pay their bills and getting funds to finish the project has to be our major challenge. We are competent in our skills level, even with the few animators we have. It might not be a Hollywood quality production because they have way more experienced people working on a project at a time.

We were able to do a short series last year, “The Adventures of Lola and Chuchu,” of 13 episodes and each one was about five minutes long. That showed us that we have the capacity, if we can stretch our time a little bit, so the workload isn’t too much for each animator. We have the talent but the major challenge is in financing. We need to pay people, to buy equipment, for rendering, etc.

SIGGRAPH: How many women were involved in the project and what roles did they play?

NM: Currently, we have two animators and one of them is a woman. We also have a trainee character artist who is undergoing her National Youth Service Corps (NYSC) service year with us. She sculpts background characters for us using ZBrush. Women have a perspective they bring to the project — our industry is dominated by men — there are many things we guys don’t see that they do.

There are a lot of Nigerian women who love animation but we just don’t have access to it; however, a lot of them consume animation. It’ll be nice to have more of them be part of creating it in the future.

SIGGRAPH: How long did it take to get your idea from inception to completion?

NM: Our hope is to have it ready by December 2019; that’s our target. It is a deadline we are working with even if we might not meet it. The idea is we want to be at least almost done with it by then.

SIGGRAPH: What advice do you have for aspiring animators and storytellers?

NM: First thing is that most Nigerians don’t know that being an animator is a career, just like being a doctor or a nurse. It’s a career, and when you go into it and you decide this is what you want to do for the rest of your life, you have to give it everything. It is very time consuming and you have to give it your all for a certain number of years before you think you’re comfortable enough to work on productions.

The second thing is you have to just be patient. You can’t rush the process; it will take many years for you to be good. You have to keep learning because new tools will always come out.

Don’t limit yourself to Nigeria because you won’t find enough jobs in Nigeria. People still don’t understand animation and know the value, so they won’t pay you your worth. When you’re going into animation, think more of freelance, and freelance outside the country. Most of my clients are not in Nigeria. Clients here don’t know how much work goes into the craft and are not willing to pay for it.

Generally, you just have to love it. Especially if you’re just starting out, it can be really frustrating. If the passion isn’t there, there’s no point going into it. If you’re going into it because you want to make money, you’re just wasting your time.

Nurdin Momodu is a graduate of microbiology from Madonna University in Rivers State, Nigeria. He has always been passionate about the art of animation and, when unable to secure a reasonable job after graduation, he quit the search and pursued his passion for animation full time. He is a self-taught, 3D generalist and, in 2015, created Lotusfly Animation under which he released his first animated comedy sketch, “Kpomo Men.” In 2016, Nurdin joined Anthill Studios, led by Niyi Akinmolayan, and co-directed the animated short film “Plaything“ with Eri Umusu, which received over 1.2 million views on YouTube. He has since worked on several projects as a lead animator at the Anthill Studios. In July of last year, he directed the animated a short film “In Memory Of Chester Bennington“ in honor of the deceased lead singer of band Linkin Park. The film is meant to shed light on and create awareness of mental illness, which is fast becoming a major killer. He has been working on a personal project since February 2017 that he hopes to release sometime next year.