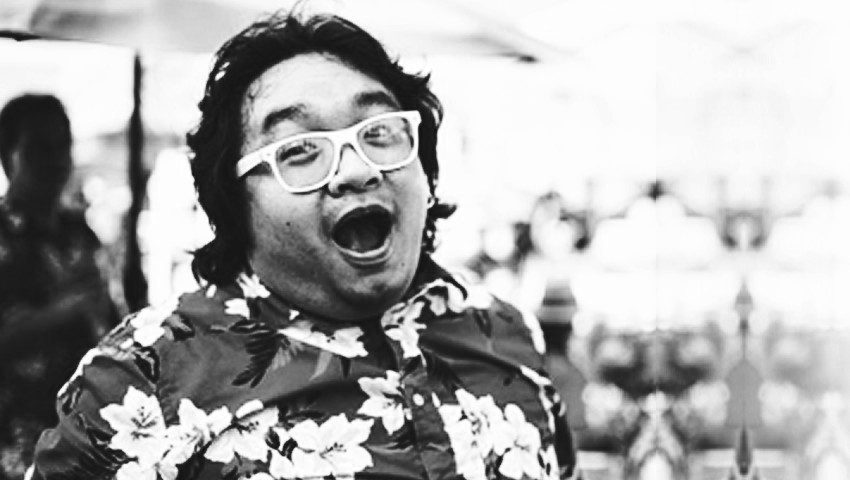 This Q&A was originally published in the ACM SIGGRAPH Member Profiles. Jules Kenville works in production management for animation and visual effects, currently at Cartoon Network.

I work in production management for animation and visual effects, currently at Cartoon Network. Professionally, I’m nearing my one year mark of total employment. In general, I have been working in this area for a couple years. I’d say my career path on this started with volunteering and doing event coordination work at various shows like SIGGRAPH.

In this industry, I was fortunate enough to secure an internship with Blue Sky Studios right after graduation. I could not have found myself among a more welcoming crew and family of artists and technicians. In life, I started working for my dad doing odd jobs around the office while I was in middle school.

I completed my Bachelor’s of Fine Arts at San Jose State University in 2015. I was a part of the Animation/Illustration program at that school. Again I found myself fortunate to be amongst a really amazing group of artists who taught me a lot as I found my way. But the learning never stops. I’m always trying to find a way to be better in production management, from tracking things better, anticipating things, and being of help to the crew in more abstract areas.

My school had a presentation from one of my classmates who had volunteered for SIGGRAPH back in 2011. My first experience was as a Student Volunteer at the 2012 LA show. Needless to say, the Team Leads (TLs) and Student Vounteers (SVs) I worked alongside with, in my first year of SIGGRAPH, shaped my whole view of the organization and community. It was a very positive experience indeed.

At SIGGRAPH 2013 in Anahem, I returned as a Student Volunteer. Anaheim was a memorable year for the people I met, the memories I made, and the first steps I took as an aspiring production manager. But I’ll never forget, coming off my shift as an SV one day, there was a session only for SV’s that I had really wanted to attend, but it would wrap up shortly after getting off my shift. It was a panel of people from Walt Disney Animation Studios where they were giving back to the SV community by spending time talking about their route through the industry and their career. I was able to get in at the end, but the talk was going so well, that the people from Disney offered to stay longer. So, the talk went on for another hour, between about 8 of us SV’s and the panelists. There was an individual on the panel who was a production coordinator at the time at WDAS. As I inquired about her story, I realized it mirrored my own quite well, the discoveries I made, the schooling I had, it really resonated with me. Her name was Leah, she actually used to be an SV before my time, just another item to line up to my own path. I got her email after the panel, and sent her email every month for the next year or two. She was always responsive and appreciated the questions I had. I consider her my mentor. She helped guide me in my early days as an aspiring production manager, always encouraged me and helped me find my footing. I will forever be grateful to her and the chance I had to be an SV in 2013 that led to all of it.

There is a non -profit organization known as Women in Animation. Their goal in the industry is to help more females find roles within the industry, empower those already there, and champion those in leadership roles. They have a program called “50/50 by 2025”. The goal of this initiative is to have a 50/50 ratio in the creative roles in this industry by 2025. I know a lot of friends who strive towards a goal of this kind on their own crews and it is amazing how much it empowers everyone.

Fred Rogers a.k.a. Mr Rogers would be someone I would love to have dinner with. The times of today are so rife with tension and mistrust, something hard to see past in the news of today. Fred Rogers lived a life on camera and off, of kindness and friendship. A true spirit of an open hand and open heart to those around him. I would love to have dinner with him just to learn more about the life he lived to shape the person he was. He still shapes the idea of kindness and openness today, a legacy well earned.

I really like circus arts. If I wasn’t working in this industry right now, chances are I would be trying to join the circus. No joke.

I cannot choose one single individual to attribute to who I am. My friends, my family, my teachers and many others have all had an impact on me in some way. I am an amalgamation of everyone I have met, interacted with, lived, and shared any space of time with over the years. From my parents who immigrated to this country and their dedication to work to provide me with a fairly comfortable life, the life I now live. To my friends who have all provided support, and guidance over these years. I have learned so much from so many people that I honestly would do them all a disservice by just recognizing one. For they all taught me something and had a hand in helping shape who I am today.

I would have to say it is between two individuals. There was Gracie Arenas Strittmatter, who was my SV chair in 2013. SIGGRAPH 2013 to me was a very special year to be an SV. There were a lot of events for just the SV’s, as well as all the SV’s I bonded with that year. I attribute a lot of that to the TL and SVSC team of that year. Gracie showed the impact that leadership like hers can bring to the SIGGRAPH community. Additionally, I was influenced by Juan Miguel de Joya. He brought me on board to help out with the Berkeley SIGGRAPH student chapter in its founding year. At that time I wasn’t getting too involved in SIGGRAPH beyond being an SV every year. Juan brought a great team together, where we brought a lot of resources to bear for the local students which also showed new ways I could give back to the community and SIGGRAPH as a whole outside of the yearly conference.

Taking my family to see The Peanuts Movie for the first time and being able to point my name out in the credits. I’ve had a pretty windy road to get where I am. And to show them where I can stand today, because of what they provided to me over the years. There has not been a moment yet to match that.