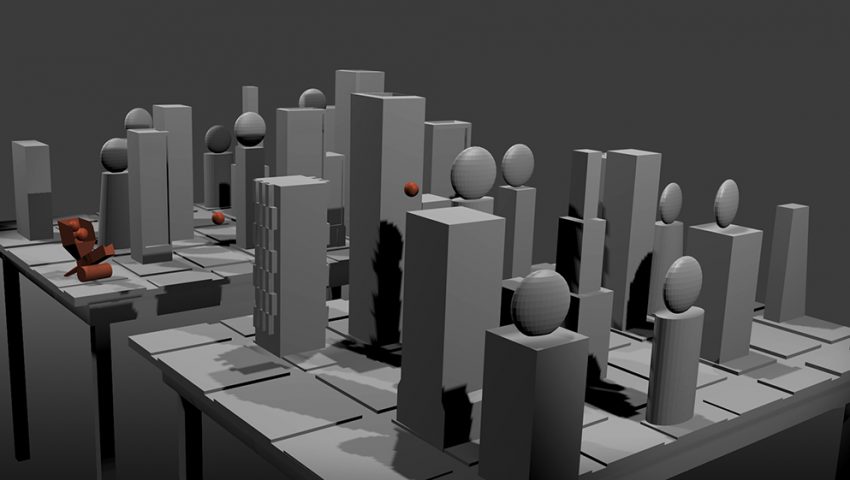 Transition spaces in the context of the “city” are central to the Studio concept at the upcoming SIGGRAPH 2016 conference. The spaces that form between the virtual and the physical world blur and change as we construct and demolish in a game we are calling “Feuding Cities.”

In the past, the Studio has focused on new technologies to create objects both virtual and physical, providing an opportunity to engage in new techniques, processes, and creations of all types. With everything from kinetic sculpture to game environments to printing processes, the SIGGRAPH Studio offers anyone attending the conference the chance to try things out. In 2016, these opportunities will continue but with a twist: The Studio experience will rely on crowd contribution to form each city’s building/defense team.

Take the time to become a citizen of a city you want to support and join in on the strategy for a chance to become the winning team. The team who best plans how to defend their city and destroy the opposing one will have the greatest chance of scoring in the game. The more members each team has playing, the better the chance of hitting more targets. All of the targets will be fixed when the city boundaries are drawn and installed at SIGGRAPH. The positions of the targets are the same for both cities and will not be moved. This is a game of defense strategy and offensive power as well as innovative thinking.

There are a number of experiences one can have in the Studio. If you only have a few minutes at the conference, you can still help defend one of the cities from peril. Creating a structure that will help safeguard one of the targets in a chosen city is just a matter of designing the structure from a number of templates or creating it from scratch and having it laser cut from heavy weight paper. Then, you can just fold the structure into shape and place it in the city you want to support. Each structure will be scanned and added to the virtual game so you can see your building, bridge, or high-tech defense structure in both the virtual and physical world.

If you have more time and enjoy learning, tinkering, and making, then you can visit the 2016 Studio to take a workshop on constructing cannons that will be remote-controlled to shoot at the targets and the structures that stand in the way. Workshop participants will practice and win prizes in the shooting gallery to improve your aim and increase the number of cannon balls your guns can shoot. Next, cannons will be placed in the city to await battle. Near the end of the conference week, the Studio will have a scheduled time set for the cannons to roar into both worlds, collecting points for each team that hit the opposing city’s targets.

If you prefer to demonstrate your modeling ability in the virtual game, spend some time learning about the latest release of your favorite modeling tool, or find out the best techniques to form a city in the game engine you always wanted to try. We will have Talks by industry leaders in game design software that will demonstrate how to create games you can try in the Studio and add it to the “Feuding Cities” world.

Watch the battle play out

To close the week and the Studio experience, the “Feuding Cities” game will be an exciting event for all to watch play out. Join the Studio to check the progress of the city construction through the building stage, build something in the virtual or physical worlds (or both), or just cheer on a team as you watch the players defend their cities.

Check back at s2016.siggraph.org for updates on the SIGGRAPH 2016 Studio. Interested in contributing content to this program and the “Feuding Cities” game? Proposals are being accepted through 16 February 2016. 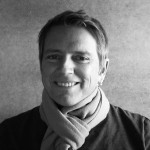 Gerry Derksen is a Professor of Design at Winthrop University. He is originally from Canada, where he went to the University of Manitobas’ architecture school. Under Jorge Frascara, he studied visual communication design, at the University of Alberta, integrating user-centered design philosophy with visual communication strategies. His most recent book chapter is entitled, “Stories and Conversations in the Smart City” in the collection of work edited by Daniel Araya, Smart Cities as Democratic Ecologies (2015).