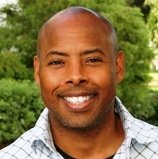 SIGGRAPH 2013, 21 -25 July at the Anaheim Convention Center in California, released the final lineup of 15 Production Sessions to be featured at this year’s conference.  These Production Sessions are part of the overall Computer Animation Festival, which is open to the public and accessible for as little as $150.

“There’s only one place where the world’s best creative and technical people converge for a week of exchanging industry know-how and ideas that helps everyone push the boundaries of what is possible forward,” says Jerome Solomon, SIGGRAPH 2013 Production Sessions Chair from Cogswell College.  “These incredible production sessions are just one example of what is so great about SIGGRAPH and makes it so unique.”

In all there will be 15 Production Sessions.  Here is the full lineup:

The Visual Effects teams from MPC, Weta Digital, Double Negative, Scanline and LookFX will each provide a unique insight into their work on Man of Steel.  This session is designed to highlight signature moments from the film and show how creative contributions came from around the globe to help deliver one of the year’s most exciting films.  The final Q&A with all five vfx studios is not to be missed.

At Blue Sky Studios we have always taken inspiration from nature, and that is certainly true of our latest movie, Epic.  For example, the armor of the Leafmen was inspired by the multi-segmented exoskeleton of crickets.  Their costumes use iris petals instead of muslin fabric, and thistle down instead of tulle.  Looking at real-world physics, Leafmen could jump more than twice their height, and their sense of time would be sped up by the change of scale, which was taken into consideration during animation.  Along with that, the selective use of a wider-than-usual lens package helped us tell a story about a seemingly distant and fantastical world that feels right at your fingertips. We plan to show this process, along with portions of Epic, which demonstrate these points.  We will show some of the reference material that designers and animators used as inspiration and how our cinematography was carefully mapped out in order to better serve our story-telling endeavor.

A screening of Pixar’s “The Blue Umbrella” will be followed by a “Making-of” presentation with the director Saschka Unseld.  He will retrace his journey from discovery of the idea all the way through the Pixar story process and onto the big screen. Get a behind-the-scenes look at the artistry and technology that went into every frame and then re-watch “The Blue Umbrella” with new eyes.

Visual Effects Supervisor Roger Guyett and the team from ILM discuss the visual effects challenges overcome for the intergalactic manhunt portrayed in J.J. Abrams’ “Star Trek Into Darkness”. From the on-set approach to the effects work to constructing a Starfleet and building and destroying future San Francisco and London, the panelists will cover the creative solutions developed for the film.

Get a first-hand look at the story behind the stunning, Oscar-winning visuals of Life of Pi as Rhythm & Hues takes you on a journey from script to screen through a world of vast oceans, carnivorous islands, flying fish, bioluminescent jellyfish, whales and tigers. Leaders from the visual effects team will discuss in detail how they attempted to tackle the project, share the hard lessons learned along the way and explain the complex process used to seamlessly combine live-action with extensive digital environments and hand-crafted character animation in a fully-stereo pipeline that required a total rethink of much of the traditional vfx process. 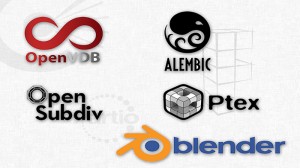 Open Source Software (OSS) has become an integral piece of the ever-expanding Animation and Visual Effects industry. With OSS firmly implemented into many studios’ production and development pipelines, what has been gained? Professionals within these fields will discuss the challenges and benefits of using OSS, reflecting on how the industry has changed as a result. They will look back on their own innovations that have become widespread within the community, in addition to revealing what future developments are in the works.

The panelists represent a community of developers and enthusiasts who encourage open collaboration, as they share their thoughts and experiences with the world.

•    What are some legality challenges that arise when implementing OSS into a company’s pipeline?
•    The benefits and disadvantages between closed source and open source software
•     The future of OSS in various studio settings
•    Updates and new developments from the panelists

In Marvel’s “Iron Man 3,” from Director Shane Black, brash-but-brilliant industrialist Tony Stark/Iron Man goes on a harrowing quest to find the enemy who has destroyed his personal world. Marvel Studios, Digital Domain, Scanline VFX, and Weta Digital take SIGGRAPH audiences through their VFX journey as they created some of the movie’s most heart-stopping moments – the house attack sequence, the dramatic ‘barrel of monkeys’ sky rescue and the climactic final battle.

A behind-the-scenes look at DreamWorks Animation’s hit film “The Croods” directed by Chris Sanders and Kirk DeMicco. The session explores the artistic and technical challenges of bringing uniquely designed, appealing, gritty and at times dangerous prehistoric characters, creatures and environments to life, all with the ultimate goal of delivering an insightful emotional family journey set against a pending natural disaster.  The artistic leadership of the film will talk about the aesthetic decisions made along with the technical and workflow innovations necessary to accomplish the film.

The team from Walt Disney Animation Studios gives a first-time, behind-the-scenes look at the their November 27, 2013 film, “Frozen”.  Attendees will learn how the team of artists and technologists created the film’s characters through visual development, rigging, animation and advanced rendering tools and discover how the elements of cold – ice, snow and frost – were brought to life through new simulation techniques.

Anime has gained great popularity in the world for its unique expressiveness in contrast to western animation. OLM Digital, a digital production company in Tokyo, keeps trying new anime styles, making the Pokémon movies over 15 years. This session presents the company’s various works in 2D/3D hybrid anime, 3DCG, S3D anime and live action films. The showcase focuses on how the anime spirit of OLM Digital is put into various visual forms. The brand-new Pac-Man animated TV series, which is a collaborative work with Sprite Animation Studios, is also one of the highlights of this session.

LAIKA, the Oregon-based animation studio behind the remarkable features ParaNorman (2012), Coraline (2009) and The Boxtrolls (in theaters 26 September 2014) has inspired audiences — and industry professionals — with an unprecedented visual artistry. Animators breathe life into meticulously hand-crafted puppets while visual effects artists seamlessly enhance the performance with cutting-edge technologies. This unparalleled fusion of stop- motion and computer graphics has garnered the studio two Oscar nominations and worldwide acclaim. In this session, Georgina Hayns and Brian McLean address the key interdependent and collaborative relationships between these uniquely different but critically important departments.

The presentation will address the following:
•    The use of Maya and Zbrush to enhance practical sculpts;
•    3D Printed material and subsurface scattering to allow puppet builders to break free of previous design limitations;
•    The advancements in color 3D printing and the enabling of puppet builders to evolve beyond prior design limitations;
•    The use of in-house developed silicones which enable character performance previously unseen in stop-motion animation;
•    The utilization of 3D Printers to pre-vis puppet construction issues and control how practical materials perform;
•    The use of laser cutting fabrics to enhance the design and functionality of the puppets costumes.
•    Production puppets will be displayed during the presentation.
Panelists:
•    Georgina Hayns, Creative Supervisor, Puppet Fabrication
•    Brian McLean, Director of Rapid Prototype.

Sony Pictures Imageworks, under the direction of VFX supervisor Scott Stokdyk, created the majority of the visual effects for Disney’s OZ THE GREAT AND POWERFUL. As a cinematic prequel to L. Frank Baum’s first book “The Wonderful Wizard of Oz,” the film explores the backstory of the wizard character. The goal of the film was to create a beautiful stylized environment for the land of Oz and bring to life computer graphics characters that accompany Oz on his journey, including Finley the monkey, the porcelain China Girl, and various creatures that surprise them along the way.

The filmmaking team will guide attendees through the production process of the summer 2013 Disney•Pixar film, “Monsters University”.  Twelve years after the original film, see how creators rebuilt the Monster world; updated familiar characters into college-age versions of themselves; designed, built and lit a campus fit for a monster; and populated the university with a student body of diverse, unique and terrifying monster types.

This panel brings together the Stereoscopic supervisors from some of the leading studios in the computer animation industry to discuss the artistry of the Stereo process and to show how storytelling is enhanced through the use of stereo.

From the beginning, stereography has been seen as either a gimmick, a trend, or a technical process done in post production.  But now, stereography has moved into the filmmakers tool belt – filmmakers have begun using stereography to raise and lower the emotional temperature of a film in the same way as lighting, color, composition, and the choice of lens.