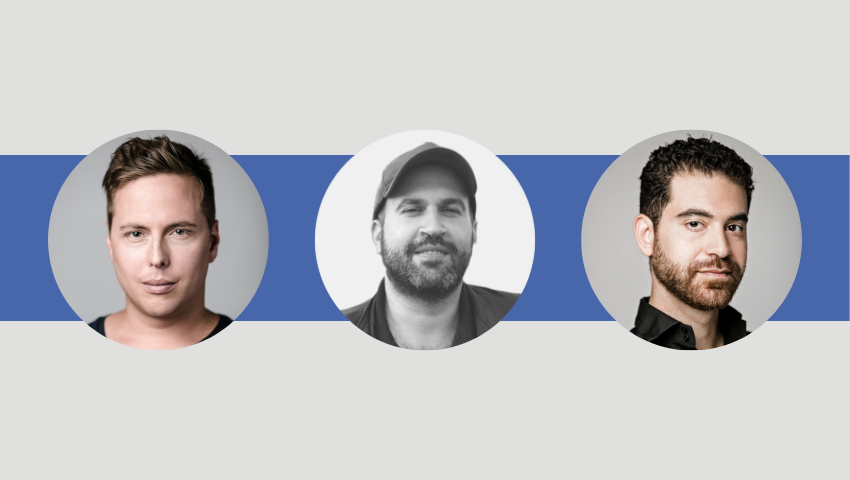 In this episode of SIGGRAPH Spotlight, VR Theater Director Yangos Hadjiyannis (Kreis Immersive Spaces) sits down with Félix Lajeunesse and Paul Raphaël, co-founders of Felix & Paul Studios, to discuss their Emmy Award-winning immersive studio, their biggest projects over the years, innovation in VR, and what they are bringing to SIGGRAPH 2022.

Don’t miss a single episode by subscribing to the show on Apple Podcasts (iTunes), Spotify, Stitcher, SoundCloud, iHeartRadio, or Google Podcasts. If you like the show, leave us a review on iTunes to help other listeners find us!

Experience the VR Theater and many other awe-inspiring programs at SIGGRAPH 2022, taking place 8-11 August in Vancouver and virtually starting 25 July. Register now.

A visionary creator with a keen eye for detail and sustained emotional focus, Félix Lajeunesse crafts immersive and interactive experiences that are rooted in connection: viewers feel deeply moved by the places and people they see and hear and find themselves completely involved in the moment. Throughout his career, Félix has fused that sense of immediacy with a spirit of exploration to bring the creative possibilities of immersive entertainment to audiences through a variety of mediums that forge new frontiers in cinematic storytelling. Since co-founding Felix & Paul Studios in 2013, Félix has directed and co-directed most of the studio’s 30 immersive experiences to date. These include the Emmy® Award-winning interactive projects The People’s House with President Barack Obama, and the Space Explorers: The ISS Experience series, whose content is also a part of THE INFINITE, the world’s largest scale VR exhibit. Whether leading the creative team at Felix & Paul Studios, directing or producing, Félix Lajeunesse continues to push the boundaries of interactive storytelling while charting a new course for presence-based, emotionally powerful artistic entertainment.

Paul Raphaël combines creative and technological innovation to explore ever-evolving forms of storytelling. The Emmy® Award-winning filmmaker, visual artist, director, and studio head is known for his projects’ remarkable sense of presence and ingenuity. He’s enhanced how viewers consciously and personally connect with an experience through the technologies of VR, AR, and MR. In collaboration with Félix Lajeunesse, he designed the camera technology that brought the duo’s concepts to life. Together they created the first ever cinematic VR experience, Strangers with Patrick Watson. Since then, Paul has co-directed and overseen the creative direction of the studio’s over 30 projects, including the filming of Space Explorers aboard the International Space Station, using Felix & Paul Studios’ specialized cameras, on what has become the largest media project ever filmed in space. This content is also part of The Infinite, the world’s largest scale VR exhibit.