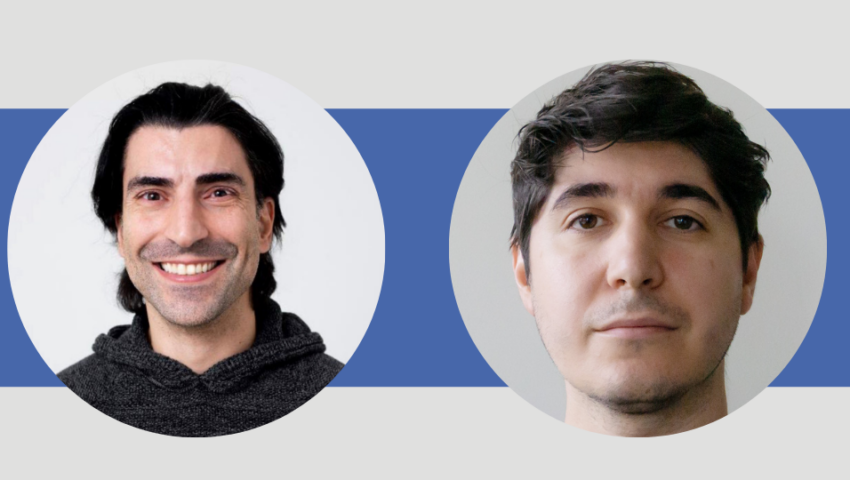 From left to right: John Kalaigian and Alex Popescu

SIGGRAPH Spotlight is focusing on the future of production this month. SIGGRAPH 2021 Production Sessions Chair, John Kalaigian, spoke with two incredible guests on their current projects and where they see the future of production going. In this episode, John chatted with Alex Popescu (Generalist Supervisor, Industrial Light & Magic). Together they discussed future production trends and Alex’s new 5-minute short “Cassini Logs”, which won him first place at the Epic Games and Screen NSW Unreal Engine real-time short film challenge. Press play to learn more about Alex’s journey into production and how experimenting, in this field, can be the best decision you ever made.

SIGGRAPH Spotlight · 50 – The Future of Production With Alex Popescu

Alex Popescu is a filmmaker with over 15 years of experience in visual effects. He started his career in Bucharest, Romania and has since lived and worked in London, Singapore, Melbourne, and now Sydney, Australia. He specialized on environment and digital set creation, contributing to many blockbuster films, such as “Prometheus”, “Guardians of the Galaxy”, “Kong: Skull Island”, and “Aquaman”, but also high-caliber series like “Game of Thrones” and “The Mandalorian”. Passionate about filmmaking, Alex started writing and directing his own projects, exploring the use of real-time rendering technology for storytelling. His projects live on the edge between realism and surrealism, focusing on unique concepts and a strong visual style. His latest short film, “Cassini Logs” was selected by Epic Games and Screen NSW to be part of the Unreal Engine Short Film Challenge Australia and was chosen as the competition winner. He currently works as a generalist supervisor in the Sydney office of Industrial Light & Magic.