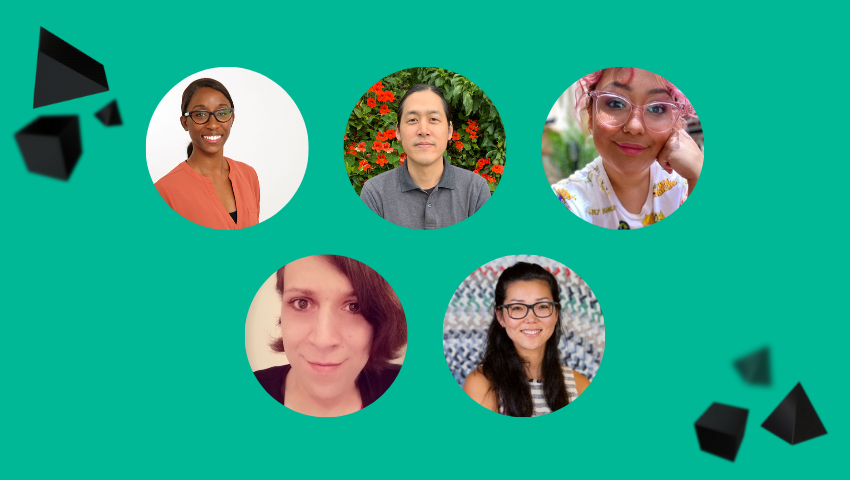 In a brand-new episode of SIGGRAPH Spotlight, SIGGRAPH 2022 Conference Chair Munkhtsetseg Nandigjav (associate chair of computer art, Savannah College of Art and Design) leads a discussion with four impressive individuals who are each inspiring inclusion efforts both in our industry and in our world. Press play below to hear from Morenike Dosu (senior department manager, DreamWorks Animation), Theodore Kim (associate professor of computer science, Yale University), Magdiela Duhamel (production manager, Nickelodeon), and Nora Dommer (compositing supervisor, Scanline VFX). Each guest contributed to the SIGGRAPH 2021 Diversity, Equity, and Inclusion Summit and shares highlights from their session as well as spotlights what the computer graphics and interactive techniques industry — and SIGGRAPH Spotlight listeners — can be doing to be more inclusive.

SIGGRAPH Spotlight · 47 – Inclusion in the Workplace and in the World

Morenike Dosu (she/her) is a senior department manager at DreamWorks Animation, where she provides strategic planning of resources for the studio and its films, while maintaining the well-being of DreamWorks’ feature animation talent pool. Previously, Morenike worked globally at elite creative studios including Animal Logic, The Moving Picture Company, and Framestore.

Theodore Kim (he/him) is an associate professor in computer science at Yale University, where he investigates biomechanical solids and fluid dynamics. Previously, he was a senior research scientist at Pixar Animation Studios. He is the recipient of a Scientific and Technical Academy Award, and his algorithms have appeared in over 20 films.

Magdiela Duhamel (she/her) is a production manager at Nickelodeon and founder of LatinX in Animation. Throughout her career at various studios, Magdeila has contributed to multiple projects, including “The Casagrandes”, “Trollhunters: Tales of Arcadia”, “Dragons: Race to the Edge”, “Rocky & Bullwinkle” and Marvel Studios’ first animated series, “What If…?”. She founded LatinX in Animation, a non-profit organization under the Latino Film Institute, in order to build a community for Latinx professionals that work in different roles throughout animation, VFX, and gaming.