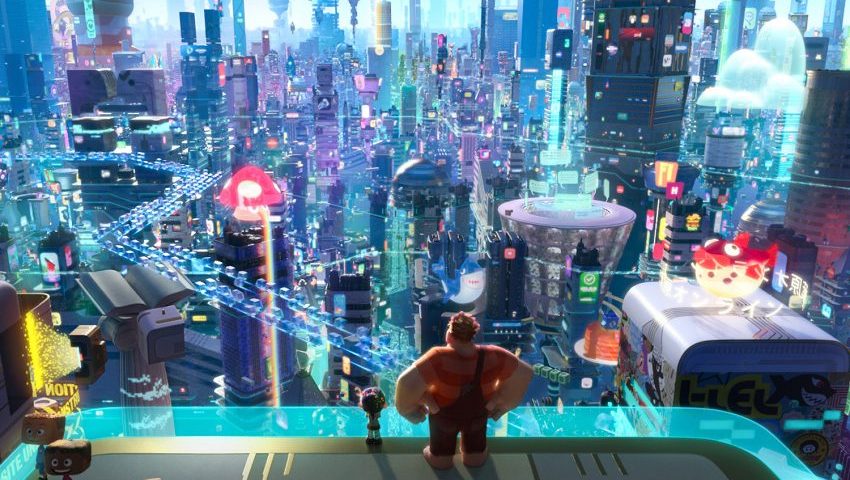 We are excited to share a look inside “Ralph Breaks the Internet,” the blockbuster sequel from Walt Disney Animation Studios. In an all-new SIGGRAPH Now feature, hear from Technical Director Ernest Petti, Head of Environments Larry Wu, and SDL-Head of Characters & Technical Animation David Komorowski as they share the process for visualizing the internet and bringing it to life on screen.

In the film, Vanellope von Shweetz and Wreck-It Ralph leave Litwak’s video arcade behind and venture into the uncharted, expansive, and thrilling world of the internet on a quest to save Vanellope’s game. Building the metropolis of the internet was no small feat: its smallest buildings are the size of the Empire State Building, and tens of thousands of dynamic, digital signs can be seen in one city shot. The world also needed to be populated with characters, ranging from the everyday citizens of the internet — “netizens” — to service workers and algorithms who run the world wide web. Throughout the making of the film, the production team was challenged to push boundaries, both artistically and technically, in visualizing a world that is ever-changing and seemingly endless — a concept as familiar as the internet executed in a way that has never been seen before.

SIGGRAPH Now is a series from the SIGGRAPH North America conference. While nothing replaces the in-person experience of its Production Sessions, SIGGRAPH Now videos extend the education year-round for everyone in our community to have a chance to pull back the curtain on major studio productions, including those who have yet to join us.

SIGGRAPH 2019 will be held 28 July–1 August 2019 at the Los Angeles Convention Center. The call for submissions is open and registration is set to launch in March. Still haven’t seen “Ralph Breaks the Internet”? The film is now available to rent or own and, in some areas, you can still catch the action in theaters.