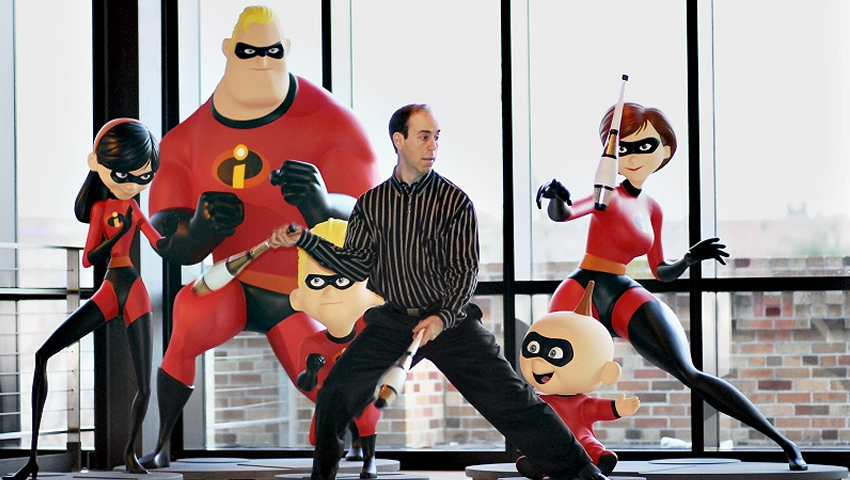 by Melanie A. Farmer

An innovative crop of ACM fellows has just been announced, and among the new class is Michael Kass, whose contributions to computer optimization and simulation have made significant advances in the animated film industry and beyond.

“It is a great honor for my work to be recognized in this way; not only in my specialty but across the broad expanse of computing as a whole,” says Kass, a distinguished engineer at NVIDIA.

For nearly 20 years at Pixar as a senior scientist, Kass developed pieces of proprietary software used in film production, addressing novel film animation challenges, including clothing, hair, and fur simulation. Prior to joining Pixar, Kass’ early foray in the computer vision and graphics fields were spent at Schlumberger’s Artificial Intelligence Research Laboratory and at Apple Computer, both headquartered in Silicon Valley. It was then, Kass, who had completed his Ph.D. at Stanford, M.S. at MIT, and B.A. at Princeton, began to get interested in problems on the boundary of computer vision and graphics, which at the time, were considered two separate disciplines.

“Can you look out at the real world, understand it partially, change something and synthesize what it would have looked like under somewhat different circumstances?” he says. These types of questions and an innate curiosity led Kass to further pursue computer graphics more closely. For Kass, computer graphics at the time was a field ripe for creativity and innovation.

“The more I was exposed to computer graphics, the more it became clear that rendering was far ahead of motion synthesis. We had photo-realistic objects and characters moving in very non-realistic ways,” he says. “There was clearly a lot of opportunity to improve the quality of computer graphics by bringing physical simulation into the process.”

And, that he did.

Kass is widely known for his breakthrough work in developing computational models that realistically simulate physical movement. In fact it was one of Pixar’s early animation shorts, Geri’s Game—which just celebrated its 20th anniversary—that first showcased Kass’ work in depicting the realistic movement of a character’s clothing; for instance, simulating the natural way clothes behave while the wearer is walking, sitting, and so forth. This pioneering work in cloth simulation garnered the attention of the Academy of Motion Picture Arts and Sciences, and in 2006, Kass and collaborators, David Baraff and Andrew Witkin, took home an Academy Award for their technical achievements.

In an impressive list of career highlights in the fields of animation, computer graphics, and image processing, Kass is most proud of the technologies he has developed, including his work on simulations and subdivision surfaces, that enabled the production of well-loved Pixar animated films—many of which are household names among moviegoers, young and old. The cloth simulation has evolved and can be seen in Pixar hits, such as “Monsters Inc.,” “Finding Nemo,” “WALL-E,” and “The Incredibles.”

“It’s very rewarding to see how those films have touched the lives of so many people,” says Kass.

Additionally and notably, Kass’ 1987 research paper, “Snakes: Active Contour Models” for segmenting digital images, with coauthors Andy Witkin and Demetri Terzopoulos, is one of the most cited works in the computer graphics, computer vision, and image processing fields. Google scholar counts some 21,000 citations. The Hierarchical Z Buffer, a rendering method that enables greater increases in practical scene complexity, which Kass developed with collaborators Ned Greene and Gavin Miller, can be found now in every graphics-processing unit (GPU).

Kass is one of 54 new ACM fellows being honored for their expansive contributions in computing, in specialties such as database theory, artificial intelligence, design automation, and network security. In 2009, ACM SIGGRAPH recognized Kass with its annual

for his extensive and significant contributions in the field. Kass and his fellow ACM honorees will be formally recognized at an annual banquet in San Francisco on June 23, 2018.

Kass, who is new to NVIDIA having just joined in November, is getting involved in a variety of projects mostly related to augmented reality, virtual reality, and various types of content creation. He is currently working on NVIDIA Holodeck, an intelligent VR platform that enables users to experience design and the collaborative process in a virtual environment.