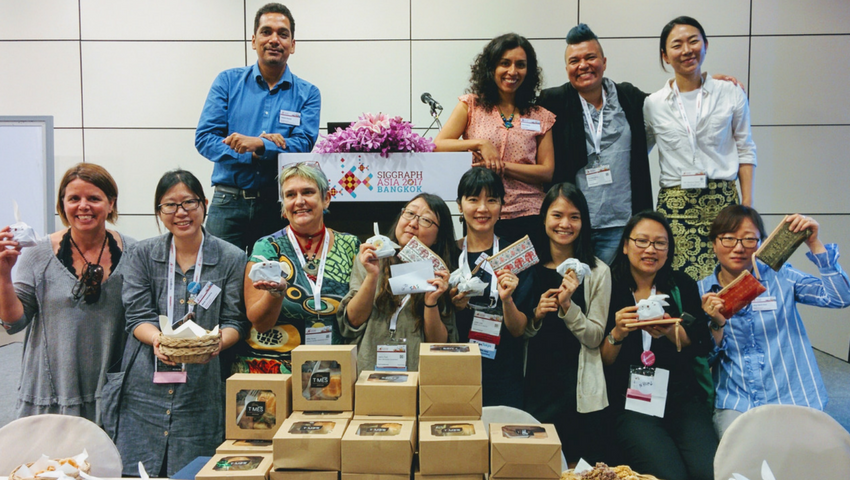 The last day of SIGGRAPH Asia 2017 witnessed various ACM SIGGRAPH / SIGGRAPH conference committees and animation-related groups joining forces to bring together a series of talks that addressed the status of women and diversity in both industry and academia. The sessions “Girls in STEM” and “Women in CG,” both in their second edition at the Asia-based conference, were accompanied by a women at SIGGRAPH Asia get-together, which wrapped up the morning in an atmosphere of good spirits and optimism to keep striving for diversity and equality in the workplace.

One of the issues Pavadee and Sukanya had to face, despite the generational breach between them, was the preoccupation on the part of their families when it came to pursuing a technical career as women: their jobs required long working hours, stress, and reduced possibility to carry on with family responsibilities. However, both women candidly told the audience how they paved their way into computer science, and into the Thammasat University hierarchy. Pavadee and Sukanya are not only part of the success of SIGGRAPH Asia 2017, which actually took the former seven years to bring to Thailand, but they are also creating two very attractive master programs on Innovative Digital Design (IDD) and Creative Digital Technology (CDT) at Thammasat University. The secret of this accomplishment, according to Pavadee, is teaming up with the government and associations in Thailand that provide funding to support students. Another important aspect is the collaboration with the university’s fine arts department, which prepares students to work in a combined science/art environment.

The importance of collaboration among art and science departments was further supported by panelist Tomasz, who is a strong supporter of bringing art and science together in order to foster creativity and diversity. Going beyond the borders of Thailand, Australia has seen success in this area as well. For example, the MOOC (Massive Open Online Course) on math and visualization that he designed attracted over 1,000 students from all over the world, with a very positive distribution of 55% males and 45% females.

What about the future generations? Sittichoke, who works at the Thammasat Secondary School, mentioned that the actual education system encourages mixed activities between girls and boys. Each student can choose their role, activities to perform, and which uniform to wear. What they found out is that many girls want to be engineers, which led to June’s comment:

“It is not only about girls being pushed into STEM, but also about boys embracing more ‘traditional female roles.'”

The session closed with positive note on the current state of education in Thailand, in which government, universities, and high schools have been working together to provide technological support to students in cities and rural areas, focusing strongly on equality.

Throughout the course of the session, the panel focused primarily on the status of women in animation and visual effects, both on- and off-screen. First, the women discussed female representation behind the screen and how most women make their careers as producers rather than in the technical areas. To this statement, Cyndi noted that a shift is being seen. For instance, her production team on “Thor 3” was composed of a number of men, which she believes contributed to a more diverse environment. On the other hand, areas like VR are opening the stage for female directors to have a channel to express their voices and points of view. That was definitely the case for panelist Christine, who, thanks to “Wonder Buffalo,” could tell her story as a Thai-American ex-U.S.-Army woman and the struggles she faced from the society in which she lived. Christine went on to express her dissatisfaction with an environment where it is still hard to be noticed, and emphasized the importance of a having support network, such as family and friends, but also mentors and other influential people who can help you pave your way. Marisa seconded this, sharing her personal experience of having male mentors who helped her get where she is today.

Regarding female representation on-screen, each of the panelists is convinced that having appealing and intelligent female characters is crucial to advance diversity. For instance, Marvel has successfully brought important female leads into its superhero productions, such as “Wonder Woman” and “Black Widow.” According to Cyndi, it is the goal of Victoria Alonso (Executive Vice President, Marvel Studios) to increase the number of strong female characters on screen.

A question from the audience confronted the panelists with the fact that most of the time (if not always), the attendance at SIGGRAPH’s events of this nature tends to skew female. Aren’t we preaching to the choir? What about those who do not care or do not believe this is a problem?

Far from being discouraged, panelists highlighted the importance of having these meetings as a support group where attendees can openly discuss problems and situations faced by women and find solutions. It is also about awareness. When a big conference has a track on women and diversity, it is almost sure that eyes that were not set on this problem will start to look and be aware that an issue exists.

At the end of the morning, and thanks to the sponsorship of Millie Young (Society of Animation Studies) and Dallim Park (Ani+Forum; Seoul Forum), attendees enjoyed scrumptious Thai snacks and brought home beautiful giveaways, while sharing their stories and enjoying the final hours of SIGGRAPH Asia 2017. 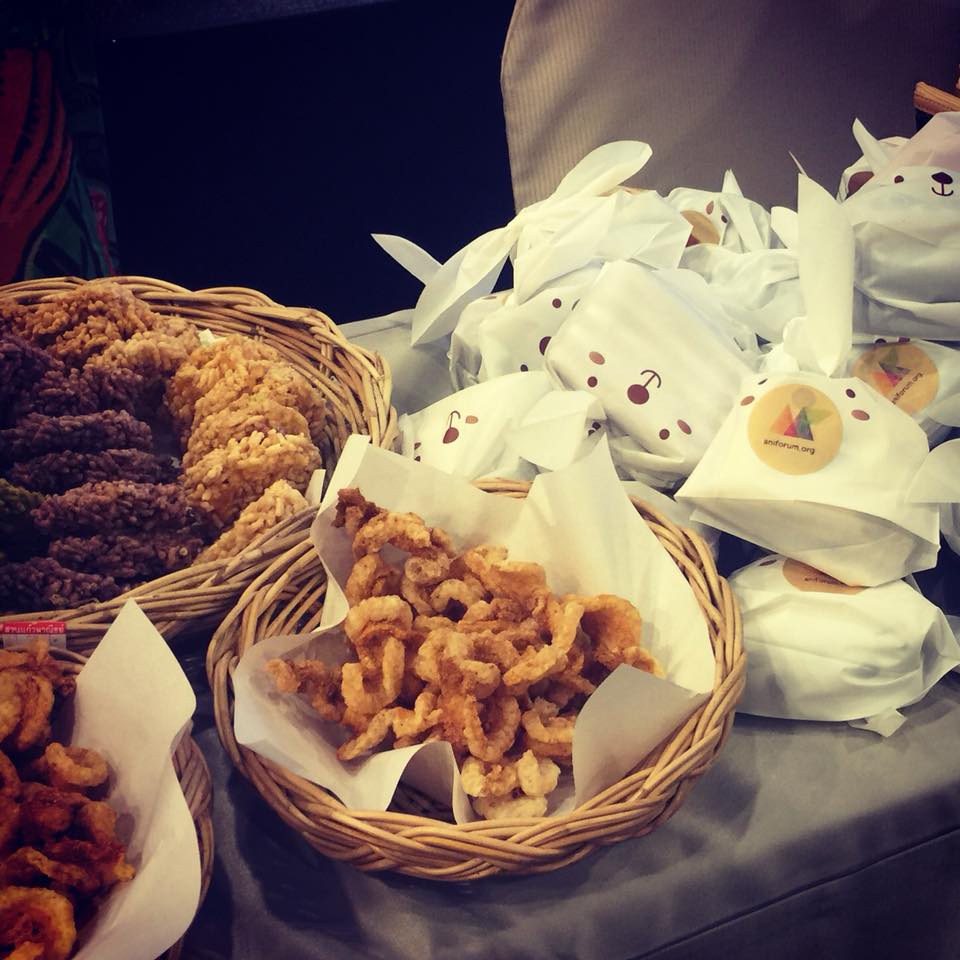 Many thanks to all the women and men who worked very hard on this initiative. We hope we can make it a tradition at all SIGGRAPH conferences to come.