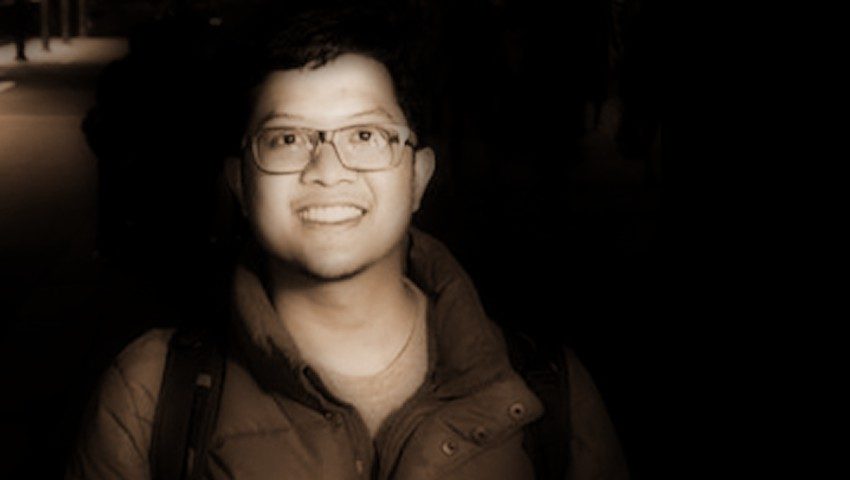 Currently, I am a Ph.D. student at Tokyo University of Technology.

It was my part time job to do market research about content producing company in Indonesia.

I received my bachelor’s degree in electrical engineering – telecommunication from Institut Teknologi sepuluh nopember (www.its.ac.id) and my master degree from Tokyo University of Technology (www.teu.ac.jp). Big gratitude to Indonesia endowment fund for education (LPDP) for giving me scholarship both for my master and Ph.D. study.

I was introduced to Jacky Bibliowicz (ACM SIGGRAPH Chapter Chair) by Miho Aoki (Siggraph Asia 2016 Symposium on Education Chair also Honorary Committee SIGGRAPH International Resource Committee) when I present my research at SIGGRAPH ASIA 2014. Thanks to them, I become involved in these great communities.

It was SIGGRAPH ASIA 2016 when I managed the ACM SIGGRAPH IRC session for working abroad. From that session, I was able to work with the living legend Mr. Jos Stam who received an Oscar achievement for his technical contributions. Also, I was surprised by how much he knew much about my country, Indonesia; especially the food!

Currently, much of digital media involves how to create animation that seems as real as possible. On the other hand, animation originally evolved from the imaginary world. Currently, I am researching non -photo-realistic rendering. My goal is to embrace the expressiveness of the analog feel in digital media while also providing an easier User Interface for the artist. My hope is to allow artists to be more productive regardless of how complex the tool is that they are using.

I would like to have dinner with Pat Hanrahan, one of the most influential individuals in the Computer Graphics field. He has been able to produce research results that are of great academic value and also successfully build products of commercial value such as RenderMan ® and Tableau ®.

I am not a pure CG researcher. I hated computer related classes when I was undergraduate, but now I love to do research-related to computers especially in User Interfaces (UI) because UI is the bridge to enhance interaction between humans and machines.

9. From which single individuals have you learned the most in your life? What did they teach you?

My parents and my wife. They teach and support me whatever siutation I face. They also help me deal with each situation.

I heard about the SIGGRAPH conference from my previous supervisor, Mr. Mochamad Hariadi, when I was an undergraduate. He advised me that an academic conference should have an entertainment component, as SIGGRAPH does, so as to attract more people to come to attend the event. He not only supervised my research, he also encouraged me to become involved in the Lomba Cipta Elektroteknik Nasional (LCEN), a long-running national electronic manufacturer event held at the student union. Later, I went on to serve as the co-chair of the event that was very successful. We received support from INTEL and combination of entertainment and academic supporters. One of my dreams is to combine a SIGGRAPH activity with a community event held at a university student union to facilitate the inspiration and collaboration of many fresh ideas in CG.

11. To what can you point in your career as your proudest moment?

When I was the valedictorian as my masters degree ceremony.

People like Muhammad, from all around the world, will gather at SIGGRAPH 2017 in Los Angeles, 30 July – 3 August, 2017. Registration is open!