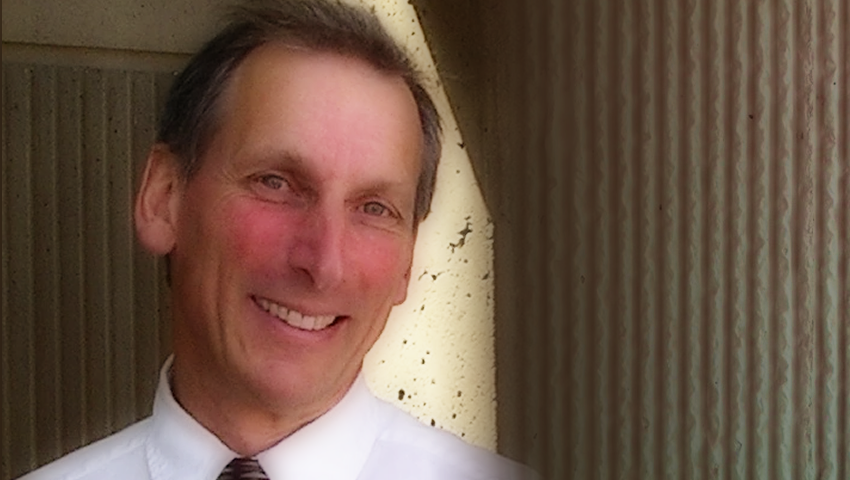 This Q&A was originally published in the ACM SIGGRAPH Member Profiles. Brian Wyvill is a professor of computer science at the University of Victoria, British Columbia and has been active in the ACM SIGGRAPH and SIGGRAPH Conferences for many years. He currently serves as Vice President of ACM SIGGRAPH.

Apart from working on the London buses as a student, my first real job was as a post doc including work on some sequences for the movie Alien in the late 1970s.

I did my PhD at the University of Bradford in the UK.

Primarily as an attendee, I was a contributor to papers, sketches and courses.

I also was on the winning Canadian team for the famous SIGGRAPH Bowl. (in which the Xerox PARC team lost when Frank Crow failed to recognize a quote from his own paper, but Kelly Booth did! )

For several years I worked as the Small Conferences chair (now Specialized Conferences Chair). I set up a committee and met with the conference representatives at the SIGGRAPH main conference. I helped move the organization towards providing more help to our conferences. A process, which my successor (Joaquim Jorge), has continued and made great progress.

Of course the many barrels of Sake at Kawaguchi’s annual event has always stood out. Although my first SIGGRAPH was after the early Blinn papers, there have been many landmark papers, that I have been privileged to hear presented, such as at my first SIGGRAPH Michael Cohen and Don Greenberg’s first radiosity paper, Bill reeve’s particle systems, then Cook’s distributed ray tracing, Porter and Duff’s image compositing, Perlin’s noise, Shoemake’s Animating rotation with quaternion curves, Kajiya’s Rendering equation, Lasseter’s paper on animation principles, Reynold’s on flocking, Sederberg’s Free Form Deformations, Kalra and Barr’s Guaranteed ray intersections with implicit surfaces, Debevec’s Modeling and Rendering Architecture from Photographs, and so many more that shaped my career. Having recruited Przemek Prusinkiewicz to Calgary and then seeing him get the achievement award was a great moment. On a lighter note watching Ken Musgrave (famous for his amazing computer generated landscapes and planets) mistake my brother, Geoff (wearing my badge to confuse Ken) for myself. ‘Brian you suddenly got so ugly,’ he said. Of course my brother claims the whole story was the other way around!

Over the last few years as VP of SIGGRAPH, I have been involved in several proejcts, particularly helping to shape the future of SIGGRAPH Asia. Also, following my predecessor as VP, Paul Debevec’s initiative, I have been working with the Columbia SIGGRAPH chapter to help them make further progress, and promote an academic meeting as well the industry based conference they currently run. We have made some progress and several other South American countries are interested. The Columbia chapter reached a record 5000 attendees at their conference last year and in addition there was small academic part.

With my recent passion for classical piano, it would be Beethoven (since this is fantasy with his hearing), with Chopin at the next table. Not only did they compose great works, but also they were amongst the best pianist’s of their day. I would love to talk to them about their piano works.

Not much – I am a talkative guy! It turns out that I can claim An Erdős–Bacon_number of 4. I acted (aged 7) in a Ken Russel movie about (and with) Bruce Lacey (Bacon number of 2), and I have an Erdős 2 through my fellow mountaineer, and centenarian, Richard Guy. Oh, and maybe people don’t know that I love dogs, particularly Airedales. (As does our current President.)

There are a huge number of people who taught me lots! I listed a few of my favourite papers – all those authors taught me something! When It comes down to it I would probably have to say my brother, Geoff who taught me that hard work is a very good substitute for talent.

Scott Owen and Alyn Rockwood share most of that responsibility, but I am sure Kelly Booth figures in there somewhere.

Being invited by Fred Park to speak in a SIGGRAPH course was pretty good,

So was sitting in the audience when our first Electronic Theatre movie, “SOFT” was shown in 1986. There was a definite gasp from the audience when the letters deformed around the stairs. When the “Great Train Rubbery” was shown in 1988 it was a proud moment – many thanks to all those student’s of mine who worked on the movie and are still out there!