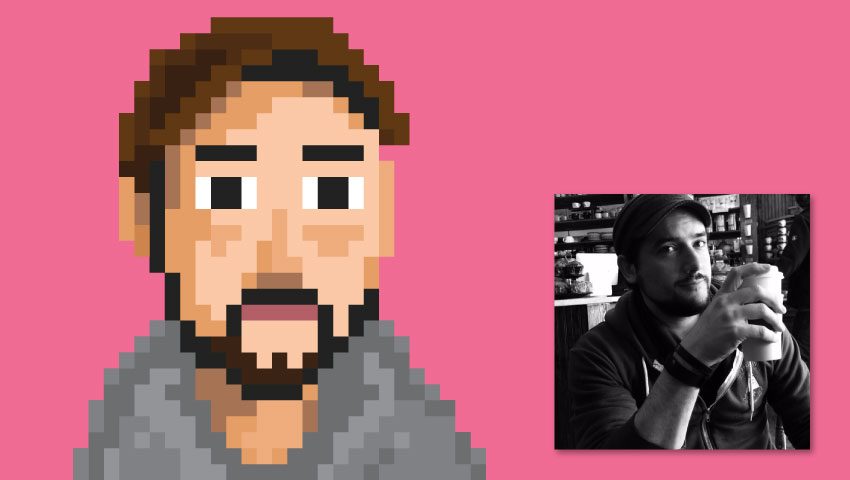 Christopher Evans is the Games Chair for SIGGRAPH 2017. We recently sat down with him to discuss what he is looking for to build the games programming for the 2017 conference as well as his tips for anyone submitting games content. The deadline to submit is 14 February 2017.

SIGGRAPH: Tell us a little about your career. How did you first get involved with the conference?
Christopher Evans (CE): I presented at SIGGRAPH in 1998. I was fresh out of high school and we were asked to give a talk about an award-winning short that we had created. We were so nervous, we decided we would have CG characters give the entire presentation for us and spent all summer animating that. Now, almost 20 years later, I think it’s still the only SIGGRAPH presentation I have seen that was presented entirely by CG characters.

I fell in love with not only SIGGRAPH as a conference, but the “SIGGRAPH family,” or the people who tirelessly work year after year to put on the conference. With the exception of maybe three years, I have volunteered for ACM SIGGRAPH every year since 1998: first through the Student Volunteer program, then on various subcommittees, and now as the Games Chair.

When I was a student it was so great to see pioneers talk about their work. Never did I think I would be up there on stage representing Industrial Light & Magic (ILM) or Epic Games, presenting novel techniques, or mentoring a whole new generation of enthusiastic youngsters!

SIGGRAPH: What is your vision for the upcoming Games program?
CE: Games has been a part of SIGGRAPH for decades and real-time rendering is a mainstay of the conference. Games technology powers almost all interactive simulation and virtual reality (VR) technology. My vision for 2017 is to see more art papers and presentations included within the Games program. More of that type of content would help to show how things like rendering or simulation technology were created to serve a unique artistic style that is required for a production. I am also interested in VR being used in other areas, such as viewing sculpture-in-the-round, allowing a user to walk around the piece and experience it as it was originally intended.

SIGGRAPH: What are some new ideas you are bringing to the table?
CE: We will be doing hosting a “VR Jam” where multiple teams will work in the conference center to turn their curated animated content into interactive VR content. Many attendees work at studios tasked with taking assets from a successful film or game and making a “VR Experience,” so Epic Games is sponsoring this venue which will be dedicated to helping a select number of teams turn their existing content into interactive VR experiences powered by Unreal Engine 4. If you have an animated short or any other format of animated content and a have vision for how you would like to make it interactive, you should definitely submit it as part of the “VR Jam” challenge. [More information on how to submit will be available soon.]

SIGGRAPH: Describe why someone should participate in the 2017 Games program in 140 characters or less.
CE: SIGGRAPH is the world’s largest computer graphics conference, why wouldn’t you want to participate? [Tweet This.]

Christopher Evans is Senior Character Technical Director at Epic Games where he helps create memorable characters and innovative character technologies. Chris has a career of pushing for innovation in both the film and game industries (he got his start as a Character Technical Director at ILM on films like “Transformers” and James Cameron’s “Avatar). He also served as the Director of Art and Animation Technology at Crytek, where he was one of the first to successfully merge multiple game and film technologies in what have become real-time industry standards today.