SIGGRAPH 2014 will offer presentations on more than 15 of the biggest current and upcoming studio productions, including “X-Men: Days of Future Past,” “Gravity,” “How to Train Your Dragon 2” and “Teenage Mutant Ninja Turtles.” Production Sessions are hosted as part of the Computer Animation Festival and will be held at the Vancouver Convention Centre, 11-14 August.

“The 2014 Production Session lineup is packed with powerful content and truly showcases an amazing conglomerate of the best creative minds in the business,” noted Roy C. Anthony, SIGGRAPH 2014 Production Sessions Chair from Christie Digital. “It’s not often that industry professionals and students alike can come mechanical bull for sale together and learn from CG and VFX experts of this caliber.”

SIGGRAPH Production Sessions bring together the world’s most elite and talented computer graphics experts and creative geniuses and allow them to explain their processes and techniques to a rapt audience of peers. Following each presentation, conference attendees are given the opportunity to ask questions as part of a live Q&A. As a bonus for 2014, DreamWorks Animation will treat session attendees to a free screening of its film “How to Train Your Dragon 2” on Wednesday night.

This year, the ultimate X-Men ensemble were brought together to fight a war for the survival of the species across two time periods. With the visual effects work lead by Production VFX Supervisor Richard Stammers, X-Men Days of Future Past showcased some of the most spectacular effects of the summer. Experts from MPC (Moving Picture Company), Digital Domain, Rhythm & Hues and Rising Sun Pictures will illustrate the approaches used to create a bouncy castle wide range of VFX work, from the creation of the past and future Sentinels, to the epic RFK stadium and White House destruction and the complexities of creating mutant powers for Magneto, Colossus, Iceman, Quicksilver, Sunspot, Blink, Wolverine and Mystique.
THE AMAZING SPIDER-MAN 2 (Sony Pictures Imageworks)
“Unmask the Secrets Behind ‘The Amazing Spider-Man 2’”
Panelists: Jerome Chen, VFX Supervisor; David Schaub, Animation Supervisor; David Smith, DFX Supervisor

“The LEGO Movie” is a CG animated feature film set in a world made entirely of Lego bricks. It was critical to the filmmakers that this world maintain a highly realistic connection to the look and feel of real Lego.
What resulted was a unique, photo-realistic, stop motion aesthetic and animation style, with everything on screen including the characters, sets, oceans and explosions being built and realized with accurate CG Lego bricks.
Essential to the story was the dynamic construction (and destruction!) of any of these elements into component bricks. And with a desire to echo the creative possibilities of Lego itself, Animal Logic’s team of “masterbuilders” built a bouncy castle for sale comprehensive Lego toolset that ensured artists could access and manipulate individual bricks, or the bricks within any asset, to create unique and spontaneous additions to the content of a shot. The results were often unscripted and highly entertaining.
Making a CG feature is complex at the best of times, but making a CG feature constructed entirely from bricks was a new and exciting challenge. It resulted in something quite different from conventional animation processes.
THE BOXTROLLS (Focus Features)
“Puppets, Printing and Compositing: A Unique Collaboration in LAIKA’s Animated Features
Panelists: Brain McLean, Rapid Prototyping; Georgina Hayns, Creative Supervisor, Puppet Fabrication; Steve Emerson, Co-VFX Supervisor 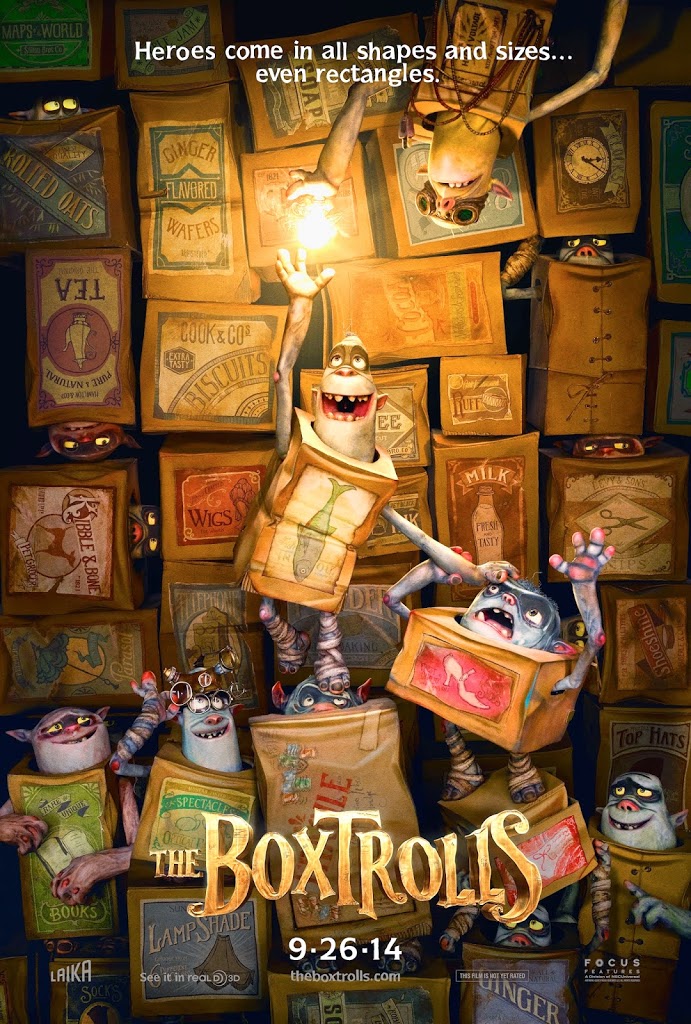 From inspiration to Oscar noms, Oregon-based LAIKA has garnered global acclaim for its unprecedented fusion of stop-motion and computer graphics within each feature film. The studio’s environment embraces the hybrid of artistic puppet performance and stunning visual effects enhancements. Georgina Hayns (Creative Supervisor, Puppet Fabrication), Brian McLean (Director of Rapid Prototype) and Steve Emerson (Co-VFX Supervisor) will discuss their interdepartmental relationships on the upcoming feature “The Boxtrolls” (in theaters September 26). They will also address the challenges, solutions — and learnings — that led to the success of LAIKA’s first two Oscar-nominated films: “Coraline” (2009) and “ParaNorman” (2012).