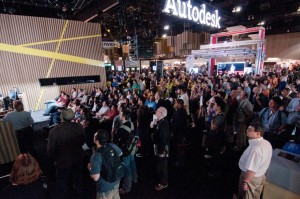 “We were thrilled to be back in LA this year in the vibrant downtown area, experiencing toboggan gonflable and enjoying the wonder of all the latest research and innovations,” said Terrence Masson, SIGGRAPH 2010 Conference Chair. “SIGGRAPH once again served as the place where art, film, science, research, and technology converged for an entire week. We look to build onto this momentum in 2011 when we host SIGGRAPH in Vancouver – a growing hotbed for the computer graphics and entertainment industry.”

In all, more than 900 speakers participated in the conference through a variety talks, sessions, panels, papers, presentations, and screenings.

• This year, a new program called SIGGRAPH Dailies! focused on the craft, artistry, and behind-the-scenes/never-told stories from the production community. The program featured work from films such as “Toy Story 3”, “Tangled”, “Percy Jackson & the Olympians”, “A Christmas Carol”, “The Princess and the Frog”, “Ratatouille”, “Up”, and more.

• The Disney Learning Challenge was an open competition sponsored by Disney Research with the goal of finding new and creative ways to use technology to make learning fun for children. From a group of 15 finalists, “Refraction: Teaching Fractions Through Gameplay” by Erik Andersen and Zoran Popović, won a majority of the $10,000 prize fund and tours of Disney R&D and Walt Disney Studio.bouncy castle

• Technical Papers, the premier global forum for presenting ground-breaking research from today’s leading experts, covered the core topics of computer graphics, such as modeling, animation, rendering, imaging, and human-computer interaction, and also explore related fields of audio, robotics, visualization, and perception by presenters from all around the globe – from the Bangladesh to Switzerland.

• Art Paper presentations on topics exploring the multi-sensory nature of human experience in a technologically enhanced environment. SIGGRAPH 2010 collaborated with Leonardo, the Journal of the International Society of the Arts, Sciences and Technology to publish the SIGGRAPH 2010 Art Papers in a special issue.