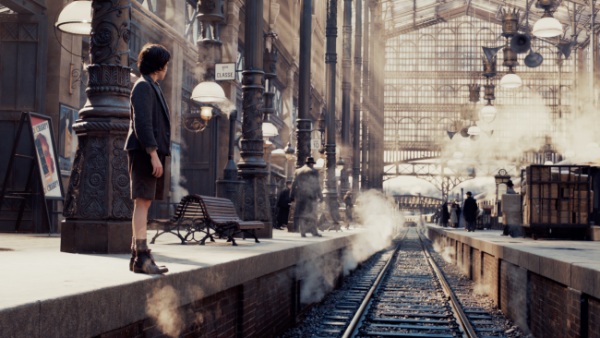 SIGGRAPH 2012, 5-9 August at the Los Angeles Convention Center, just released an all-star line-up of production sessions that will be featured as part of its annual Computer Animation Festival, which is open to the public.

“Nowhere else in the world can you get this level of access to elite and talented Hollywood computer graphic experts and creative talent,” said Jerome Solomon, SIGGRAPH 2012 Production Sessions Chair from The Art Institute of California – Sunnyvale. “Having such cooperation from so many major studios could only happen at SIGGRAPH and we are ecstatic to be able to bring our community such incredible content.”

Following are the details of the 2012 Production Sessions: 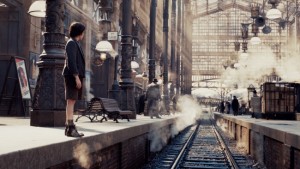 In “Hugo”, Martin Scorsese’s love letter to classic cinema and cinema history, the director was passionate about pushing the capabilities of stereoscopic filmmaking to new heights. Pixomondo developed custom workflows to handle complex challenges in VFX and capture all of the live-action production data required to accommodate the rigorous effects and post-production demands of the project. This Pixomondo panel discusses the creative and technical challenges they overcame to achieve Scorsese’s vision for early filmmaking in stereo 3D. Also joining them will be New Deal Studios visual effects supervisor, Matthew Gratzner, who was responsible for creating the train crash sequence in the film. 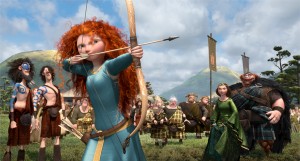 From bouncing red curls to gusty dark forests, this panel summarizes how Disney•Pixar created their summer 2012 film: “Brave”. The artists lead a guided tour through “Brave’s” production pipeline, illustrating the kind of exploration and problem-solving required to move an asset from initial design through characters and sets, animation, and lighting, and into a final rendered frame. 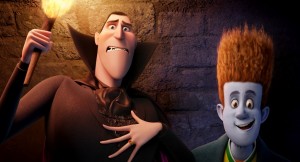 Welcome to “Hotel Transylvania”, Dracula’s lavish five-stake resort, where monsters and their families can live it up, free to be the monsters they are without human interference. For one special weekend, Dracula invites some of his best friends – Frankenstein and his bride, the Mummy, the Invisible Man, the Werewolf family, and more – to celebrate his beloved daughter Mavis’s 118th birthday. In this session, first-time feature director Genndy Tartakovsky (“Dexter’s Laboratory”, “Samurai Jack”, “Clone Wars”) and the creative team behind “Hotel Transylvania” explore the art, unique animation style, and technical achievements of Sony Pictures Animation’s new animated feature. 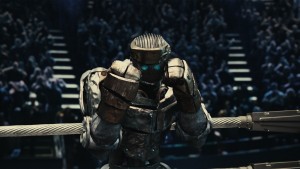 Nominated for a visual effects Academy Award, DreamWorks’ “Real Steel” was recognized not only for its rollicking boxing matches between CG robots, but also for the seamless way the film moves between practical robots and their CG counterparts. In this panel, some of the “Real Steel” filmmakers walk through robot design, explain key techniques and shots, and share the groundbreaking virtual-production process that they packed up and moved to Detroit, which compressed the shooting schedule to 71 days with no second unit.

Sony Pictures Imageworks: Travel Behind the Scenes of “Men in Black 3” 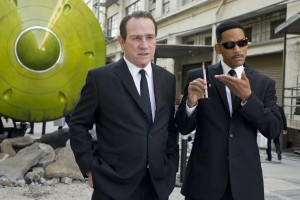 Sony Pictures Imageworks’ visual effects for “Men in Black 3” included diverse and richly detailed characters and environments, all created with a heightened sense of realism. With a mix of humor and style, the Men in Black return to 1969 with a digital re-creation of New York’s Shea Stadium and the Apollo 11 rocket launch, and an action-packed monocycle chase through the streets of Brooklyn. Bouncy Castle For Sale This panel explores the challenges and achievements of producing the visual effects for “Men in Black 3”.

Sony Pictures Imageworks: The Untold Story of “The Amazing Spider-Man” 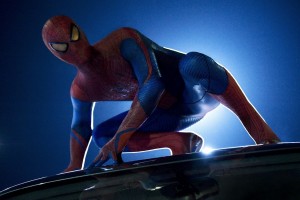 In this panel and presentation, an array of artists and executives associated with the past and present of Rhythm & Hues Studios explore the many factors that have led to the studio’s longevity and success. Highlights include a retrospective of the company’s early days, from its origins at the pioneering CGI company Robert Abel and Associates in the 1970s and 80s and the founding of Rhythm & Hues in 1987, to its groundbreaking animation work in the 90s and its recent work “The Chronicles of Narnia: The Lion, the Witch and the Wardrobe”, VFX Oscar winner “The Golden Compass”, “The Incredible Hulk”, the “Alvin The Chipmunks” franchise, and more.

A behind-the-scenes look at Peter Berg’s blockbuster sci-fi epic “Battleship”. The ILM production team reviews the film’s various challenges and describes why it was necessary to revamp the studio’s award-winning fluid-simulation system. Also, advances in CG destruction and simulation technology required to accurately depict everything from a resurrected World War II battleship to a fleet of modern-day naval ships, not to mention aliens and their formidable fleet of spacecraft. 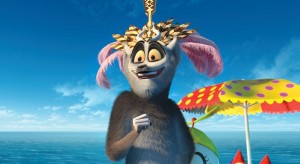 In this panel, the Visual Effects Supervisors for the last two and next two DreamWorks Animation films discuss how they approached each production. In the studio environment, there are opportunities to share development with other shows, but differing visual requirements also mean each show has unique needs. How do the visual-effects teams balance the safety of using tried-and true-techniques with the requirements to create ever more visually sophisticated and complex work? How do they manage the benefits of sharing across shows with the specific needs of their show? Each panelist shares some successes (and failures!) from their most recent projects. 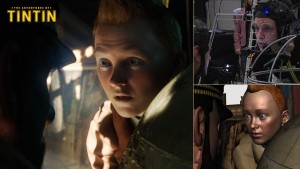 Four-time Oscar-winning Senior Visual Effects Supervisor, Joe Letteri, presents Weta Digital’s pioneering virtual-production work on “The Adventures of Tintin” and “Avatar”. His talk also addresses workflow development at Weta going all the way back to “The Lord of the Rings” and suggests some areas of future development. Weta sees virtual production as a connected, holistic approach to filmmaking that melds the best of animation and live-action techniques in pre-production, onset, and post. This presentation demonstrates how virtual production brings all of the components of filmmaking together to provide a way of working that has attracted directors like Peter Jackson, James
Cameron, and Steven Spielberg. 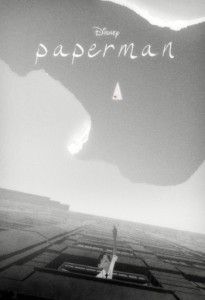 Applying a technique that seamlessly merges computer-generated and hand-drawn animation techniques, first-time director, John Kahrs takes the art of animation in a bold new direction with “Paperman”. Using a minimalist black-and-white style, the short film follows the story of a lonely young man in mid-century New York City, whose destiny takes an unexpected turn after a chance meeting with a beautiful woman on his morning commute. In this panel, members of the small, innovative group at Walt Disney Animation Studios that created “Paperman” share their insights about the art, design, and technology of this innovative project. 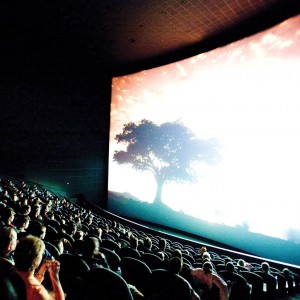 Some of the biggest movies on the horizon – “Avatar’s” sequels and “Lord of the Rings” prequels – will be presented in stereoscopic 3D high-frame-rate cinema. Peter Jackson and James Cameron are betting on their expectation that audiences will love the more immersive and detailed worlds that these 3D productions can offer. But what IS high-frame-rate cinema, and what will it mean to producers of content and to the audience experience? This panel of experts explains high-frame-rate cinema and discusses the implications of producing and experiencing cinematic content in the new medium. 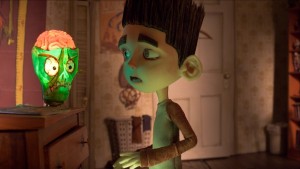 Get a first-hand, 3D look at LAIKA’s interdependent combination of stop-motion and CG in an environment where hand-crafted movement is seamlessly integrated with computer technology, from initial concept to final frame. Academy Award-winner Brian Van’t Hul is joined by Steve Emerson and Andrew Nawrot to discuss the collaborative relationship of the technologies in the upcoming feature “ParaNorman” (in theaters August 17).

Assembling the VFX for Marvel’s “The Avengers”

Leaders of the visual effects teams from Industrial Light & Magic and Weta Digital will discuss the unique effects challenges that this blockbuster film presented and how the studios broke new ground with their respective approaches to creating the seamless effects work. From the epic Mountain Battle between Iron Man and Thor and the climatic alien invasion of Manhattan to bringing the Hulk to life, the supervisors will detail what worked, what didn’t and the complexities involved in bringing “The Avengers” to the big screen.