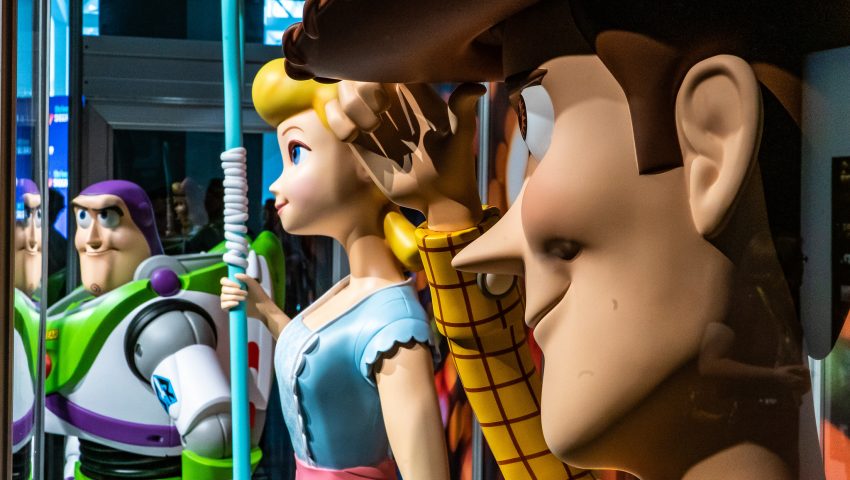 Once upon a time, before 1995, it was considered an “impossible but hopeful dream” to create and produce an entirely computer-animated film. Computer graphics researchers and animators worked on hardware and software to make this possible and often published these results in technical papers at the annual SIGGRAPH conference. Short animated films, lasting around two minutes, were frequently produced to demonstrate new imaging methods and rendering techniques. In this now ancient time — from the 1970s through the 1990s — computer graphics was an “interest area” and had yet to be accepted as a discipline of study.

Because of this, the annual SIGGRAPH conference was the place for individuals to congregate and share their latest efforts in computer graphics, whether that be talking about a conference research paper, learning from others in short courses, demonstrating the latest hardware advances on the Exhibition floor, contributing to the Computer Animation Festival Electronic Theater to see the latest imaging or rendering techniques, participating in open Birds of a Feather sessions, or attending any of the many other activities for sharing computer graphics concepts through out the week. Professional friendships were made that, in many cases, have often lasted a lifetime. This spirit of joy for computer graphics remains part of the annual SIGGAPH conference today.

The company Pixar Animation Studios was founded and evolved around this uncharted world of computer graphics. It was in this atmosphere that Catmull and Hanrahan pioneered techniques in developing photorealistic computer graphics and eliminating “jagged” edges around a computer-generated, 3D object. Catmull developed techniques for the display of curved patches and, later, techniques of describing new kinds of curved surfaces that are now called the “Catmull-Clark Subdivision Surface.” He would go on to become a founder and president of Pixar, and hire Hanrahan. In his role, Hanrahan served as the lead architect on an interface to sophisticated rendering systems that allowed curved shapes to be generated (rendered) with realistic properties and lighting, entitled the RenderMan system.

Both individuals continued to have long careers that changed the field of computer graphics into the SIGGRAPH community we know today. Catmull continued to lead Pixar through the company’s first full-length feature film, “Toy Story,” in 1995, which used the RenderMan system. After that “dream” was accomplished, Pixar proceeded to make a succession of computer-generated animated films with RenderMan that continue to this day to be nominated for Academy Awards. Catmull remained at Pixar, which later became a subsidiary of Walt Disney Animation Studios, for over 30 years. He retired in July 2019.

Hanrahan left Pixar in 1989 for academic posts at Princeton and Stanford universities. Starting in the 1990s, his research teams would extend the RenderMan shading language to work in real time with the advent of Graphics Processing Units (GPUs) that began to enter the marketplace. The programming languages developed by Hanrahan and his students led to the creation of commercial versions, such as the OpenGL shading language, that revolutionized the writing of video games.

During his time at Pixar, Hanrahan developed techniques for volume rendering that allowed computer graphics researchers to display or visualize a 2D projection of a 3D discretely sampled data set. Such typical 3D sets include a group of 2D slice images acquired by a CT, MRI, or MicroCT scanner. These contributions were pioneering in the field of computer-generated data visualization. In 2003, with a group of his students at Stanford University, he founded an interactive data visualization software company, Tableau Software. In 2019, Salesforce acquired Tableau Software.

In addition to the 2019 ACM A.M. Turing Award, Catmull and Hanrahan have received numerous respective awards, including several Technical Achievement Academy Awards that recognized their contributions to the motion-picture industry. Both have also been awarded the ACM SIGGAPH Steven A. Coons Award for Outstanding Creative Contributions to Computer Graphics, Catmull in 1993 and Hanrahan in 2003.

Theresa-Marie Rhyne is a longtime contributor to and attendee of the SIGGRAPH conference and community. She is an expert in applying color theory to digital media.