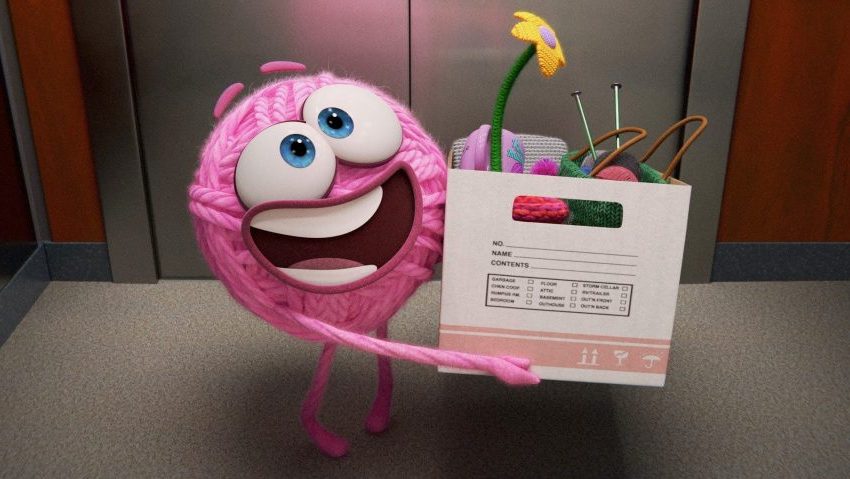 “SparkShorts is indie filmmaking inside of Pixar.”

In the video above, Kristen Lester and others describe a newly unveiled initiative from Pixar: SparkShorts. Though first revealed to SIGGRAPH attendees in 2017 via a Talk on “Smash and Grab,” the program offers artists from all areas of the studio a chance to create their own, independent short film. Lester was one of six filmmakers chosen, to date, as part of the program and created “Purl,” the first to be released publicly (via the company’s YouTube channel).

“Purl” features a wide-eyed, enthusiastic ball of yarn whose softer qualities are demeaned in an all-male office, aptly called B.R.O. Lester, who presented a Talk on “Purl” at SIGGRAPH 2018, shared that this was a very personal story for her, and she was thrilled for the chance to share it with the world.

In addition to being impressed by the details — evidenced in the tweet below from one SIGGRAPH attendee — those who watch “Purl” might be surprised by its inclusion of one curse word. When Pixar says they gave artists free reign over these projects, they meant it. Each film pushes the limits of innovation and diversity, feeling uniquely personal and exploratory.

In addition to “Purl,” SparkShorts was able to fund “Float,” a short film that centers on two Filipino-American characters. Writer and director Bobby Rubio tweeted of the film:

YES @rachjuramirez those are #Filipino lead characters in my #Pixar #SparkShort! @Pixar’s first all #CGI Filipino characters! So technically, the first #Pixnoys! I am proud to tell our stories. I know what it means to see our culture represented on screen! #RepresentationMatters https://t.co/Xh3UKfKmRt

Lindsey Collins, vice president of development for Pixar, shared in an official statement that the program was developed, at least in part, to support the creation of diverse content.

“Diversity and inclusion are at the heart of SparkShorts,” she said. “The program was created to provide opportunities to a wide array of artists — each with something unique to say.”

Jim Morris, president of Pixar Animation Studios, is excited about the talent that SparkShorts will uncover.

“The SparkShorts program is designed to discover new storytellers, explore new storytelling techniques, and experiment with new production workflows,” said Morris. “These films are unlike anything we’ve ever done at Pixar, providing an opportunity to unlock the potential of individual artists and their inventive filmmaking approaches on a smaller scale than our normal fare.”

The thought and care that went into the creation of each of these films is inspiring. Technical aspects of the animation serve to enrich the impact of the stories, as seen in the tweet below about “Purl”:

Many of you noticed that #Purl was animated on 2s and 3s, while the Bros were always animated on 1s! More than just being a yarn ball, we thought that if Purl’s motion was different from the Bros, that would make her even more of an outsider visually. #Pixar #SparkShorts pic.twitter.com/vnRmcTDPKw

Added Collins, “We want to nurture our future storytellers and encourage them to share their stories with the world. Who are the future directors and producers and what crazy new ideas do they have brewing? What is the next big breakthrough in our industry?”

Can’t wait for the rest of the films? The next short to be shared publicly on YouTube is “Smash and Grab,” which will be released on 11 February. After that, look out for “Kitbull” on 18 February. “Loop,” “Wind,” and “Float,” three other SparkShorts films, are also forthcoming.

Submit your own short films to the SIGGRAPH 2019 Computer Animation Festival, an Oscars qualifying festival since 1999. Submissions close 19 March, so don’t wait!