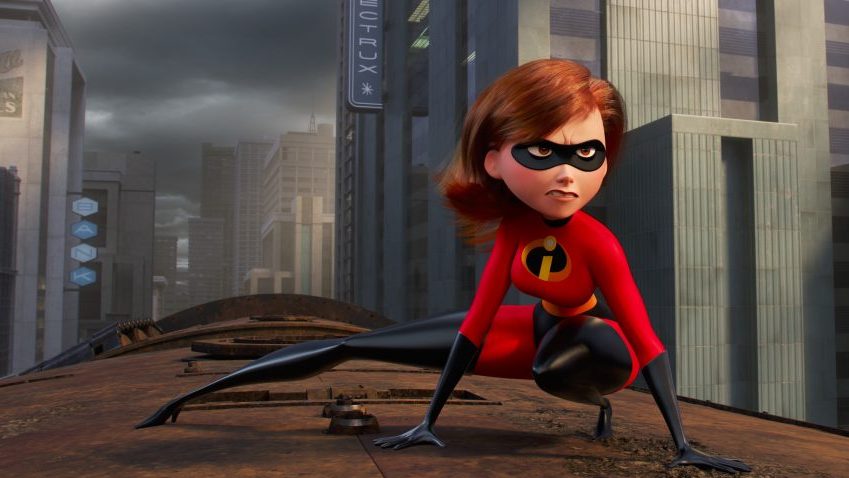 In a conversation that spanned multiple disciplines, and multiple years, the team behind “Incredibles 2” spoke to a rapt audience during its SIGGRAPH 2018 Production Session last summer. Relive some of the magic as Rick Sayre, who was responsible for all aspects of the technical production of the film — from crewing up and pre-production through final mastering and delivery — shares even more insight into the making of this iconic sequel

SIGGRAPH: For your session last summer, 17 of the creators joined us on stage. That is quite the number. How many total Pixar employees worked on the film?

SIGGRAPH: Thanks to technology’s constantly changing nature, sequels tend to result in both old and new hurdles that can create and hinder efficiencies. What was the most unpredictable effect that technology (old or new) had on “Incredibles 2”?

RS: Part of our job is to manage risk, and “unpredictable” is not a thing you want to hear associated with a technology to be used in production. That said, Dash’s blonde hair was the surprisingly complex result of the interactions of light transport, shading, geometry, grooming, and simulation. There were many surprising and sometimes unpredictable results along the way until we ultimately prevailed and got everything not only working predictably, but in harmony with everything else in the shots.

SIGGRAPH: Share what about “Incredibles 2” that you most proud of. Why?

RS: I’m most proud we made the film on time and under budget, after slashing a year off our schedule, and that our fantastic crew enjoyed the process.

SIGGRAPH: Your Production Session was focused largely on comparing the process of the 2004 film with that of the 2018 film (i.e., speaking to the “making of” then versus now). How did the past inform the present-day world of “Incredibles 2”?

RS: The past was our template, which we carefully improved upon in every aspect. Our goal was ultimately to invoke the past, while not being literal — it was okay for a side-by-side match to be shocking, as long as the memory of the original was satisfyingly invoked.

SIGGRAPH: The detail in “Incredibles 2” is truly… incredible — right down to the opening shot of Cinderella’s castle, which received a superhero makeover. What is one detail that you had a hand in and audiences might miss?

RS: The eyes… The eyes of the characters are inspired by the anatomy and light transport of real human eyes, with the physical properties stylized while utilizing the actual underlying physics of eyeballs. This is a departure from the more illustrative approach of the first film. Bob’s cornea, for example, have an index of refraction corresponding to diamonds, for some of the light trasnsport paths.

SIGGRAPH: To celebrate the film’s upcoming release, Pixar hosted an Incredibles Day for fans and filmmakers. For those dreaming of working at Pixar one day, what is a regular part of life at the company that feels like a “dream come true”?

RS: Working with such a talented crew of people, some of whom I’ve known for decades, others newly introduced on this show — dreamy!

RS: I met the woman I would later marry at SIGGRAPH almost two decades ago. We were both crashing the same party.

Hear more from the cast and filmmakers when you watch the Q&A below. To participate in SIGGRAPH 2019, submit to an open call today. Registration for the upcoming conference will open in March.