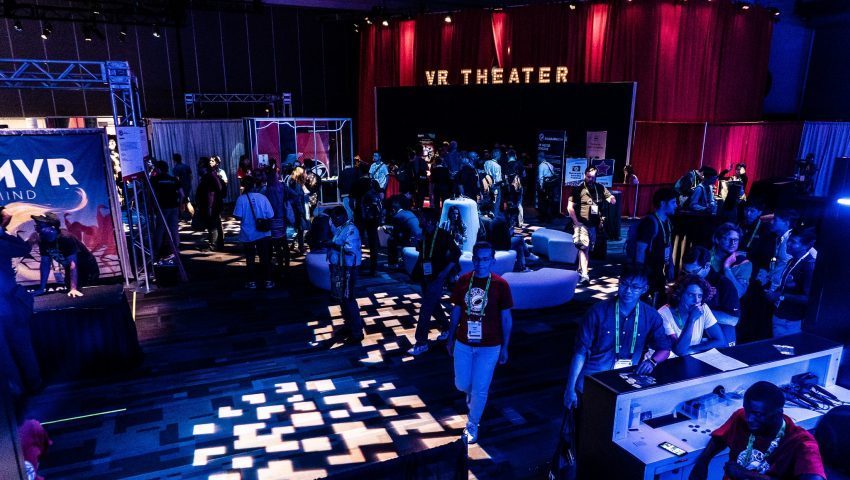 In 2017, Pol Jeremias, the founder of SIGGRAPH’s VR Theater, had a bold vision.

A new way to tell stories was emerging from small teams of pioneering visionaries, similar to what was happening in computer graphics in the 1970s. Recognizing that history may be repeating itself, Pol saw an opportunity to celebrate the emerging medium of virtual reality (VR) as a narrative format. Inspired by the history and prestige of the SIGGRAPH Computer Animation Festival, the VR Theater was born as a new take on the cinematic experience and a place for conference attendees to sample the best of short-form VR narrative films …And it worked!

As much as VR is discussed as having industry-shaking potential, at the time there were still so many of us who had only heard about it in trade magazines or over casual lunch conversations. VR was too expensive as a hobby, time-consuming to setup and use, and intimidating to use alone. SIGGRAPH’s VR Theater attracted many to experience their first taste of quality VR film content, igniting a keen interest for this new narrative medium in our community and a place for us to all watch it evolve.

Pol said to me recently,

“The VR Theater was never to be ‘complete’ in 2017. It was meant to be a starting point for SIGGRAPH to explore how to best showcase the next generation of storytelling within the Computer Animation Festival.”

SIGGRAPH 2017 was a watershed year for me.

For most of my professional career, I worked at Pixar Animation Studios as a technical director on many films, including “Cars,” “WALL·E,” and “Up.” After 10 years in computer animation, I moved on to start a new adventure as part of a small, crazy team of up-and-comers who were dreaming big and pioneering an entertainment space. I fell in love with the potential of VR and went on to form Oculus Story Studio, where we produced short-form narratives with the mission of exploring and defining a new storytelling language.

I have been attending and presenting at SIGGRAPH since 2004, and, although I still found the content relevant and inspiring for visual effects at the time, I started to worry that the conference content might be less relevant to my new career path. Seeing VR supported and celebrated in 2017 gave me the same kind of chills I felt during my first SIGGRAPH, and my pride to be part of this community grew bigger than it ever had. Now that I have the opportunity to chair the VR Theater for SIGGRAPH 2019, I am honored to shepherd this young program and grow its ability to showcase this future-defining medium to the conference community.

As the VR Theater enters into its third year, the signs of evolution are already apparent, both in how narratives are presented and how each creator takes advantage of the technology.

In 2017, the 10 narratives presented were a mix of pre-rendered, 360-degree movies and mostly passive, linear immersives. Each screening was presented to 20 audience members, who were given one hour to watch about five selections. Due to viewer fatigue and varied length, it felt almost impossible to enable viewers to watch everything in a single showing.

Short film selections “Arden’s Wake” and “Rainbow Crow” were produced by independent teams from Penrose Studios and Baobab Studios, respectively. Alternatively, “Son of Jaguar,” “Sonaria,” “Dear Angelica,” and “The Antarctica Series: Under a Cracked Sky” were presented by more established experimental studios, including Google Spotlight Stories and the New York Times’ VR division (NYT VR). “Chocolate” and “Fantasynth” were made by 2- to 3-person crews. Overall, each selection brilliantly exemplified the diverse set of ideas around what a VR narrative could be. Specifically:

In 2018, with Larry Bafia as chair, the VR Theater came back with a pioneering vision for how audiences could experience VR stories together. Rather than having the audience choose a subset of pieces during screenings, Larry’s team designed a linear play-through format that was orchestrated through a virtual “lobby.” Each audience member sat side-by-side in comfortable, swiveling chairs and put on a headset to watch the anthology of work synchronously. When people go to the movie theater, there is something magical about sharing the same emotional journey alongside an audience of strangers. It makes us feel connected to the community around us.

This new experience evolved to emulate that “movie theater” atmosphere, in an attempt to combat the problem of feeling alone and isolated behind a headset. This “one ticket, one chair” strategy improved upon the original vision to further create a space for attendees to escape the conference and relax. 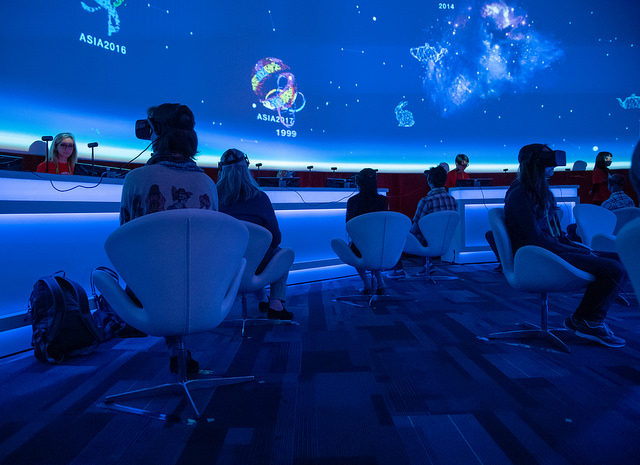 The 2018 edition also saw the debut of VR Theater Kiosks, which provided a more traditional, walk-in booth through which attendees could experience a small selection of content a la carte.

And, once again, the selected work was a great example of the evolution of VR narrative:

Near the VR Theater, SIGGRAPH added a new space in Vancouver — the Vrcade — which showcased even more short-form, interactive experiences. What we are starting to see more and more of in VR storytelling is a blurring line between what is a narrative and what is a game. Interactive experiences like “Wolves in the Walls,” “I am a Man,” and “Crow: The Legend” encourage and reward audience participation as their stories unfold.

I plan to embrace the evolutionary spirit of the original vision and adapt the VR Theater so that it speaks to where the medium is going, building off of the successes of the past.

I want to bring back the same “one ticket, one chair” strategy pioneered this summer and improve upon it. For 2019, when attendees sit down in their chairs and put on their headsets, they will see representations of their fellow audience members in a virtual “lobby.” I hope to take the power of shared experience that Larry introduced and bring it deeper into the headset.

Continuing the tradition of highlighting a diversity of approaches to the medium, we are excited to receive submissions that exemplify brilliance in 360 storytelling and plan to accept both passive and interactive immersive films (even experiences considered games are encouraged). The medium is gravitating toward giving the audience a story they can live in as well as a story they are told. To better showcase interactive experiences, we are working on logistics to improve tracking fidelity and teach the audience how to hold tracked hand controllers.

For all VR Theater submissions, we are especially interested in content that is accessible to all ages and disabilities, including films that support our 2019 conference theme, Thrive.

The VR Theater kiosks will also return as a way for attendees to experience short-form examples of VR narratives among the bustle of the rest of the conference. 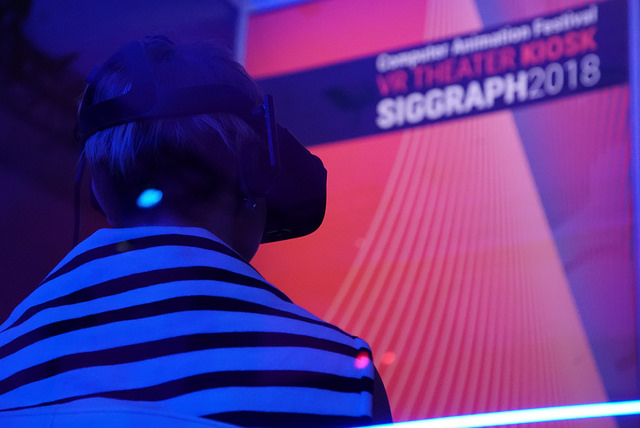 For the VR medium to best take advantage of its strengths, it needs to be more social, more interactive, and more accessible. My team and I can’t wait to see what pioneers of VR are making and promise to put on a spectacular show for attendees to experience their groundbreaking work. 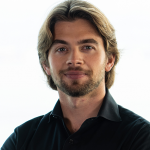 Maxwell Planck is the VR Theater Director for 2019. He was the co-founder of Oculus Story Studio and, before that, a 10-year veteran at Pixar. (IMDb)