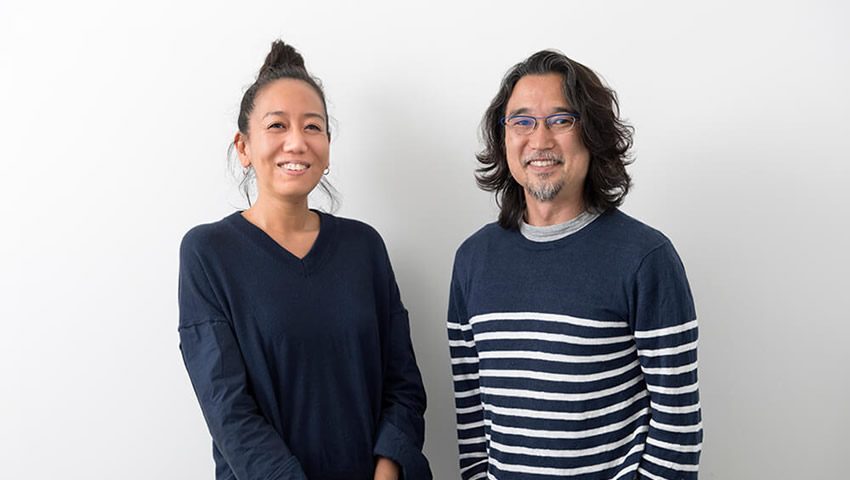 This article contains excerpts from an interview with the SIGGRAPH Asia 2018 Computer Animation Festival Chairs, originally published on CG World, Japan. Be sure to mark your calendars for SIGGRAPH Asia 2018, taking place at the Tokyo International Forum, 4-7, December. Registration is open now . Photo: Mitsuru Hirota. Text by Miyuki Ogata (CGWORLD) – translated from Japanese.

Shuzo John Shiota (Shiota): I first participated in SIGGRAPH in 1997 in Los Angeles. At that time, we needed to recruit people for Dream Pictures Studios, so I participated as a recruiter. I did not have a booth for the venue, so I borrowed a hotel suite room and interviewed the candidates there. And there was also a time when I went to SIGGRAPH because Polygon Pictures was selected for Electronic Theater. We also had a booth in the job fair of SIGGRAPH 2006. While doing these things, I met a lot of people in the industry and got more and more involved with SIGGRAPH, and in 2012 and 2014, I was invited to be one of the judges for the Computer Animation Festival. For SIGGRAPH Asia, it was in 2004 and 2005. Later on, when they announced that the venue for SIGGRAPH Asia 2015 would be held in Kobe, I said to Ms. Tani that we had to participate, because it would be held in Hyogo prefecture, our hometown.

Kanako Tani (Tani): I’m originally from Kobe. So I told them that “If you do SIGGRAPH in Kobe, please let me help with something.” And that is how they started to give me some responsibilities and lead me to be involved in various tasks.

Tani: Since I felt like I learned so much when I was working for SIGGRAPH Asia in Kobe, I mentioned that I would like to contribute more for SIGGRAPH Asia in Tokyo. At Polygon Pictures, we we have club activities, giving those who are interested a chance to help with the Computer Animation Festival.

C: So Mr. Shiota, since you have been involved with SIGGRAPH for nearly 20 years, what do you think are the advantages of participating in SIGGRAPH for Japanese CG production?

Shiota: SIGGRAPH is the world’s largest CG academic society, it is not only a place for presenting works but also exhibitions. Therefore, it has become the place for people from the industry and academics from around the world to gather together. You can build a wider range of connections as well – the people who participate in SIGGRAPH range from professionals to students. So that can be a great opportunity to meet the people who might one day be interested in working with your company, and it’s a great place to promote the name of your company.

C: At SIGGRAPH Asia 2017`s Animation Theater, it seemed to be dominated by these entries from France and Germany, especially for the student category screening.

Shiota: There are applications from other countries, but the quality of student works in France and Germany are outstanding. Some of their student work would also possibly even be categorized as Best in Show because of their high quality. In fact, “Garden Party” which was chosen as Best Student Film of SIGGRAPH Asia 2017 has also been nominated for the Academy Award. Many of these students were actually people who have already had experience in CG production and then went back to graduate school. Also, they contribute a huge amount of time, and generally are created by a team of about five or six people.

Tani: This situation is not only happening in SIGGRAPH Asia but also at SIGGRAPH in North America. And the reason was the school was trying to promote their students to the industry, so they made a system that encourages student to enter. I would really love if Japanese schools could make the best use of the Computer Animation Festival to promote their students to the industry too.

Shiota: And of course, the Computer Animation Festival is great not only for schools, I also think that Computer Animation Festival is a good selling place for Japanese studios and companies as well. It’s not just those from the industry within your own country gathering, but countries from all over the world, so it’s a great opportunity to showcase not only your companies technology, but also the stories and the way these works are expressed. I am hoping to there will be more kind of works presented that make you think, “I want to collaborate with this studio!”

For SIGGRAPH Asia, it tends to be easier to get selected for having 2D/cartoon look for digital animation work compared with the North American SIGGRAPH. Which is why I think it is advantageous for Japanese CG productions. I have been involved in screening for both Computer Animation Festivals, and I feel that the judges of SIGGRAPH Asia have more consideration towards 2D works.

C: Who is generally selected to judge the screenings in the Computer Animation Festival?

Shiota: There are seven people in total, four women and three men. This time we am more conscious taking the balance of gender and age. The youngest judge is still in his twenties and is a person who has been elected multiple times in the past SIGGRAPH Asia.

This might be a little off topic, but when I was at the Animation Festival at Ars Electronica Festival in 2017, there was something that blew my mind. The judges, whose age ranged from early 20s to industry veterans in their mid 30s and 40s, had really different points of view and opinions when judging. And that is how I learned the word `retro` CG. It’s the same as with clothes from the 60s and 70s becoming ‘cool’ again – in CG, we’re seeing for example, really stiff animated expressions that I’d seen in the 80s and 90s, that are really appealing to younger generations now.

Shiota: Up to now, CG has constantly been bringing newer and newer technologies and new expressions to impress people. But as access to that technology becomes easier, it’s not enough now just to have something that looks good. Even as a judge of Computer Animation Festival, we are keenly aware of that. There’s a shift to the importance of storytelling, and unique expression.

So when we began seeing these younger artists using “retro” CG in their submissions, after watching two seconds we think ‘no way. Absolutely not’. But the younger judges would have a completely different take – they would find it really interesting. Whereas I just kept thinking “This can’t be right .”

C: So judges in their 30s and 40s aren’t really able to appreciate some of this work coming from younger artists then.

Shiota: That’s correct. Which is why for SIGGRAPH Asia 2018, I thought it was important to have that range in age with our judges, so that those opinions would be represented as well. In the Computer Animation Festival, even though I think that we should pick the best CG works of the current era, that doesn’t exactly translate to having the best technology – it takes more than that these days. 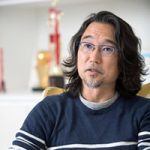 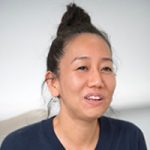