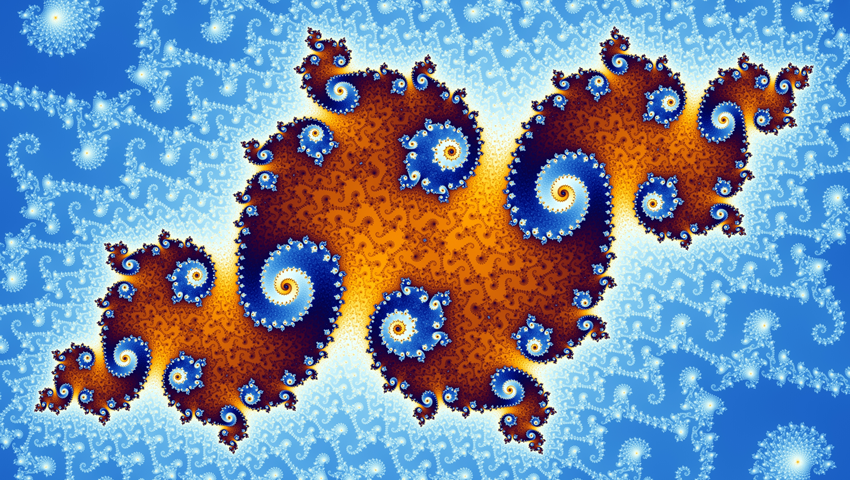 SIGGRAPH has long been a pioneer in computer graphics research and emerging technologies. New this year, the SIGGRAPH Next program continues the pioneering tradition by offering a series of plenary speakers on topics that speak to “What’s Next” for the industry, such as artificial intelligence and other groundbreaking new trends. We talked with SIGGRAPH Next speaker Daniel Szecket about change and what’s next in computer graphics and interactive techniques.

SIGGRAPH: SIGGRAPH 2018’s theme is “Generations.” What’s your origin story? Where did you come from and how have you been influenced by past generations of thinkers and technologists?

Daniel Szecket (DS): When I was 17 and moved out of my parent’s house, I counted 29 moves we had made together as a family unit, which included seven country moves (five languages).

My mother was an architect. My dad had a Ph.D. in explosive welding. I was blowing things up from an early age. I was steeped in eastern European literature, mathematics, and design right from the beginning. My idols were: DaVinci for his breadth of knowledge, his impeccable vision and his many beautiful prototypes and notebooks; Escher for his hyper-realistic renders of impossible illusions; Einstein for his distracted dreamer-like brilliance and visually mathematical mental experiments; and Bach, who was the closest I got to techno-music in my father’s all-classical home.

SIGGRAPH: As a self-proclaimed tinkerer, how does that affect how you approach a project or a problem?

DS: I am a tinkerer and exceptionally distractable and curious (I work a lot at night to help with distraction part). As a tinkerer, I prototype A LOT. I use paper for Wizard of Oz testing, I’ll make a proof of concept or five, because I want to experience the solution early and try out many variants. I prototype a single aspect for refining, or more broadly to test concept.

In the end, I have little fear of failure.  Failure is the root of all learning. But failure too late can hurt.

SIGGRAPH: Crystal ball moment. As part of the SIGGRAPH Next program this summer in Vancouver, you’ll be sharing your perspective on emerging areas within the technology of our industry. So, what’s next?

DS: Machine learning for sure.

Currently we are teaching neural networks to think by giving them a task, along with lots of samples of us trying to do it (what success looks like). I believe what’s next is one meta step removed. In this model, the data we give the neural network is more about how we make decisions that lead to success. Rather than teaching machines how to use our insights, we give them the data and let them get insights of their own. In other words, I think the next big thing is when computers start learning to learn.

A recent experiment allowed a computer, AlphaGo Zero, to learn the game “Go” from first principles rather than human data. AlphaGo Zero beat the reigning champion computer trained on human data just three days after playing 4.9 million games of “Go” against itself.

In their study, the researchers describe the program using a term that is well-known to students of philosophy: tabula rasa, which is Latin for “blank slate.” The researchers argue that starting with a blank slate is optimal because human data sets can be “expensive, unreliable or simply unavailable.” Data sets of human knowledge could also potentially “impose a ceiling on the performance of systems trained in this manner.”

SIGGRAPH: This year, change and transformation inform a lot of the content at the conference and that seems very much part of your DNA. Tell us how the changing landscape of technology is transforming the world in which we live.

DS: In 2009 the world was already producing 250 times more transistors than it was consuming grains of rice, at a price of 125,000 transistors to one grain of rice. Computers are infiltrating every aspect of life. For example, cars can see and drive among us. Soon, traffic will be an opportunity rather than an inconvenience. You’ll order a gym car to get to your workout or a sleeper car to take you to New York.

Innovations in neural networks and open source projects have opened the floodgates on computer learning. AI in visual effects is learning how to de-noise images or fix low light photography by looking at thousands of examples of images with and without noise. Quantitative Imaging Systems (Qi), a company I’m working with, recently published a coloring book of cancer cell Electron Microscope images that machines aren’t good at reading the edges of. People have a tendency to color within the lines, and recognize shapes. Those images are then fed back into a machine learning algorithm to teach the computer to recognize shapes in EM imaging.

Our world will be transformed into one where we can relegate mundane tasks to a computer so humans can focus on more interesting problems. That’s the positive scenario, at least to me, though there are many who do not see this as progress, fearing that AI will make human industry irrelevant and the future uncertain.

Of course, the potential for abuse is vast as well. China is already using gamification to encourage obedience to the state using, among other tools, a network of public facing cameras to recognize citizens and dock them for jaywalking or other minor infractions. And in Israel, bombs can recognize terrain and hit a target based on a generalized location and picture of said target. Who knows what will happen when we start asking these systems to learn to identify infractions or pick targets for themselves.

SIGGRAPH: What are the positives of change? Any negatives?

DS: I love this question. Change forces a perspective shift. This can be great or terrible depending on a few things.

On a purely scientific level, there would be no discovery without some change. It is integral to the scientific process. But too much change can be chaotic and hard to understand, which can cause stress and confusion. Once in a while that kind of epic cliff is necessary, but too often it can also be damaging.

SIGGRAPH: SIGGRAPH is a great melting pot of artists, scientists, practitioners, entrepreneurs, and educators. How does this convergence of difference affect your conference experience, and is there one community you’re more aligned with?

DS: I love the diversity of the community at SIGGRAPH. I am part of all of those things, some more than others. One of the most important lessons I learned when I first started at MAYA design, the consulting firm I worked with in Pittsburgh, was why they had three disciplines: design for form of time, sound, visuals, and story; engineering to make sure things functioned; human sciences to make sure someone was thinking of the person using the design. On every project team there was representation from each of these disciplines. They often argued and frequently had divergent goals. We said good design came about when all these disciplines agreed. 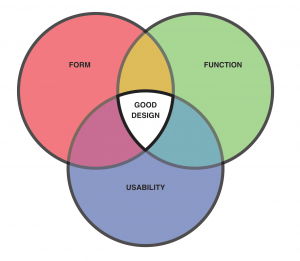 The community at SIGGRAPH has immense potential, simply by joining forces in all its diversity and working together.

SIGGRAPH: What’s next for you personally/professionally?

DS: Professionally, I am really enjoying applying my years of experience to help people solve meaningful and difficult problems in the world. I’m also really excited about the whole remote aspect of my current work. In all my moves, I’ve made lots of friends and have lots of family – all over the world. I love that I can do the same quality work from anywhere on the planet while visiting them. I’m going back to my roots and accepting my inner nomad. 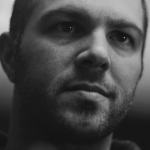 Daniel Szecket has worked for the past 28 years in the worlds of 3D computer software, post production, animated feature film, graphics hardware, information architecture/visualization, and user-centered design. He enjoys taking one field of expertise and trying to transform it to fit a new field. Passionate about learning, teaching, and watching people discover their hidden powers, he is currently a freelance designer working on a couple of very divergent and deep problems. One is trying to revolutionize municipal debt management, and the other is creating image manipulation, visualization, and analysis tools to help researchers navigate new developments in cancer research.