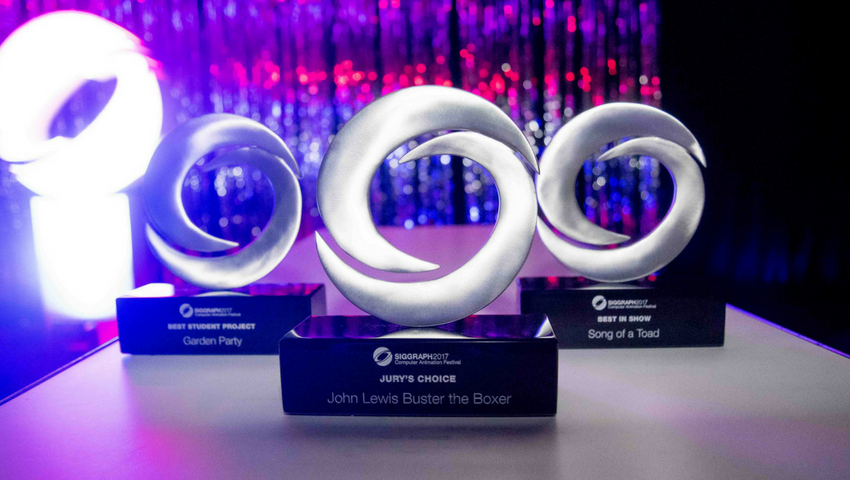 This week, we sat down on Facebook Live for a series of three real-time discussions with Best Animated Short Film Academy Award nominees and winners. Watch each session below, led by SIGGRAPH 2018 Computer Animation Festival Director Larry Bafia!

“Garden Party” Creator Gabriel Grapperon
One of six directors for this graduation film project, French filmmaker Grapperon discusses what it was like to go from student film at MoPA to 2018 Academy Award nominee. He also shares what it’s been like for the “Garden Party” team as entrepreneurs (they founded their own studio in France, illogic). Catch the show this Sunday to see if his team gets the statuette! Learn more about “Garden Party.” (This session also features ACM SIGGRAPH International Resources Committee Member Santiago Echeverry as our French translator.)

“Bear Story” Creators Antonia Herrera and Gabriel Osorio
This husband-wife duo from Chile formed Punkrobot Animation Studios and took their first animated short film all the way to the Oscars in 2016, winning the statue and over 50 other accolades internationally. The piece was part of the SIGGRAPH 2015 Computer Animation Festival and here we talk with the couple about its development and what’s next on the horizon.

Director Patrick Osborne
Osborne’s credits are only growing as he continues work on his first animated feature with Blue Sky Studios (shout out to fellow Blue Sky employee SIGGRAPH 2019 Conference Chair Mikki Rose!). No stranger to contributions to the SIGGRAPH conference or Computer Animation Festival, his past work includes two statuettes for Best Animated Short Film from the Academy — in 2013 as animation supervisor on “Paperman” and in 2015 as co-director of “Feast.” Osborne is an alumnus of Ringling College of Art & Design and also the first-ever Academy Award nominee to be nominated for a virtual reality short film (Google Spotlight Stories’ “Pearl,” 2013).

Submissions for the SIGGRAPH Computer Animation Festival are open through 3 April for the VR Theater and 27 April for the Electronic Theater. Submit today!