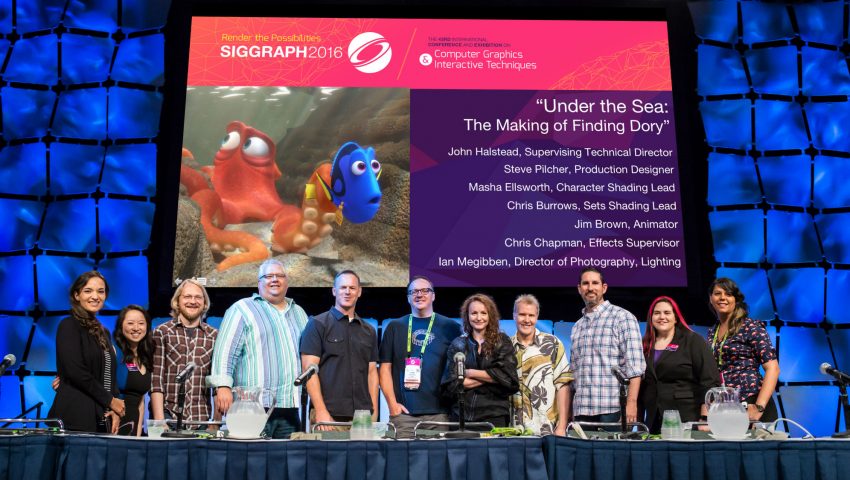 The “Finding Dory” team also employed single scattering in order to re-use the backlight quality from “Finding Nemo” in producing its sequel. In other areas, the team focused on the core of Pixar’s 3D graphics pipeline: Universal Scene Description (USD). With “Dory,” this involved using set files to reference light shaders instead of models. Some other interesting nuggets shared at the conference include:

See what’s next and discover more secrets at SIGGRAPH 2017, 30 July–3 August 2017. If you have a production in mind that you’d like to hear more about next summer, share your thoughts when submissions open later this year!