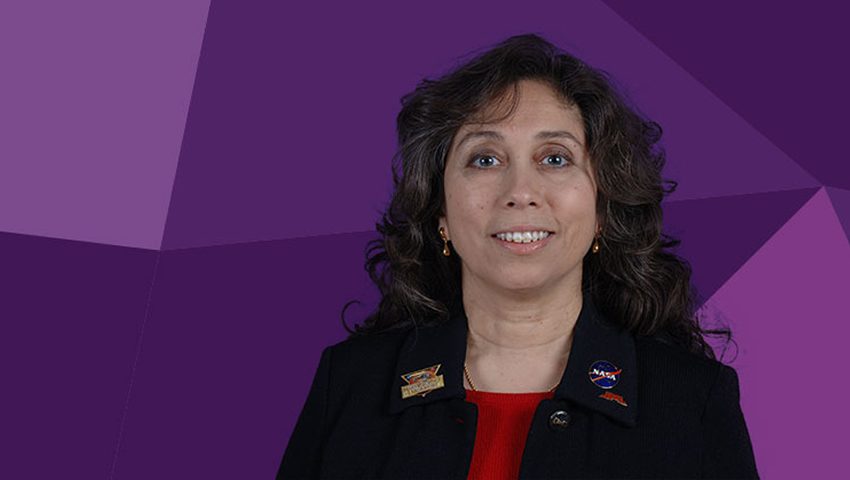 SIGGRAPH is honored to have NASA Jet Propulsion Laboratory (NASA JPL) Spacecraft Operations Engineer, Z. Nagin Cox, as our SIGGRAPH 2016 keynote speaker. Mirroring the 2016 theme of “Render the Possibilities,” Cox’s body of work and experience has no limits. She has been a part of multiple interplanetary robotic missions including that for the Mars Exploration Rover. Known for her drive and attention to detail, Cox is the perfect fit for SIGGRAPH’s innovative and collaborative community.

SIGGRAPH 2016 (S2016): What inspired you to become an engineer? How did your experiences spark your career path to NASA?

Z. Nagin Cox (ZNC): At the age of 14, I knew I wanted to be involved in space and exploration that would benefit all of humanity. Growing up, I had a few friends who became interested in Star Trek and that was my first exposure to science fiction. The wonderful TV mini-series, “COSMOS,” made me realize science fiction was now becoming reality and that robotic spacecraft were at the forefront of exploration. “COSMOS” introduced me to NASA JPL and working there became my career goal. Once I knew where I wanted to work, I focused my education on engineering, which eventually led me to JPL in 1993 where I have been able to serve as a systems engineer and manager on a range of projects.

S2016: Within your career, what have been your proudest accomplishments?

ZNC: The proudest moments in my career have one thing in common — working as part of a team to accomplish something hard. The landing of Curiosity on Mars was one of those moments. It was an incredible privilege to be in Mission Control for the landing and share that moment with my colleagues. Space missions don’t always go as planned, and you have to quickly respond and help a spacecraft when it is in trouble. No matter your field, you have to remember that projects do not always go smoothly and that problems may occur at any time. But when you have a team that is able to work together and solve critical issues, it makes the accomplishments even more memorable.

S2016: How does your work at NASA relate to the computer graphics and visual effects industry?

ZNC: By definition, it is all about the ability of a robotic spacecraft to help us visualize what places we cannot yet travel to as humans. I work to ensure robots are able to send their findings back to us. The way robots communicate has to provide meaning for our missions. If it wasn’t for robots and how they communicate, we would have an extremely difficult time exploring space.

S2016: How would you convince someone to come to your keynote presentation in 140 characters or less?

ZNC: Think you know space? It’s not just about astronauts; it’s also about robotic spacecraft. They really go where no one has gone before. [CLICK TO TWEET THIS]