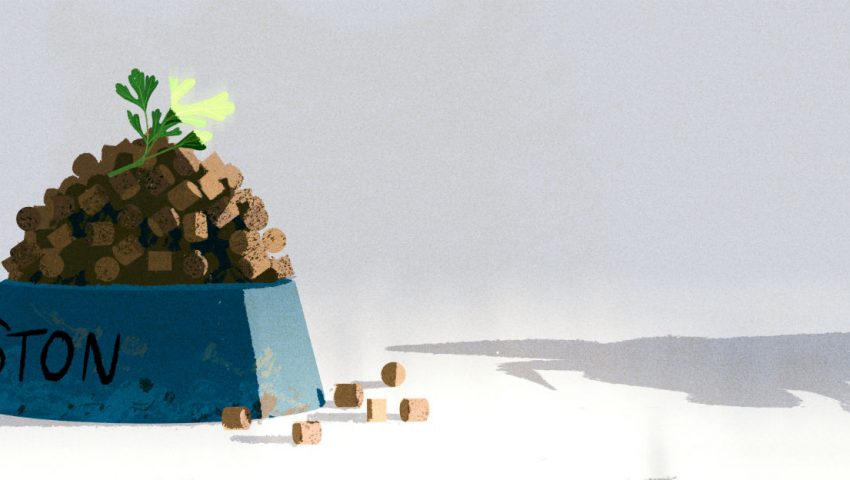 After keeping it a secret for so long, Oscar-winning Director Patrick Osborne and VFX Supervisor Josh Staub of Walt Disney Animation Studios visited us at SIGGRAPH 2014 to talk “Feast,” both as a Computer Animation Festival selection and to debut the short as part of the Production Session “‘FEAST’: A Look at Walt Disney Animation Studios’ Newest Short.” On 22 February 2015, the beautifully animated short was named the 2015 Academy Award Winner for Best Animated Short Film. Here are five tips the two shared about the creative process that you may have missed:

1. Start with Three Ideas
Do not put all your eggs in one basket. If you have a broad scope of ideas, you can more easily let one incubate. This will help you to spread out your interests and prevent you from losing yourself in just one train of thought.

2. Inspiration is Everywhere
For a full year, Osborne shot one-second videos of his dinners, which ultimately inspired the concept for ‘Feast.’

“It is really cool how much life is in your meals. How much color, how the sound design and the people surrounding the meals make them interesting. … [The idea] seemed like it would be cool for animation.”

Looking to create your own inspiration? Take a page from Osborne’s playbook and check out the 1 Second Everyday app.

3. Experiment
Use your creative resources. No matter where you are working, there is someone around who has more experience or who would enjoy the chance to give their opinion and provide guidance. Also, participate in creative programs when possible.

4. Design Characters Around Moments
Employing this technique will help you and others working on the project to see designs in context and will give the characters personality.

5. Popcorn is Complicated
Inevitably, you will encounter difficult areas with every project you embark on. The key is to test every lighting angle, every render, every minuscule detail until the end product fits the direction you are looking for. In the case of “Feast,” the aim was simplicity, which proved difficult when lighting various scenes and food shots.

A lot can be said about the incredible takeaways Osborne and Staub shared, and one attendee put it best:

From the creators of Paperman, Disney’s presentation of their new short, Feast, was fantastic. #SIGGRAPH2014 pic.twitter.com/CS06n3bNsK

Learn from the best this summer at SIGGRAPH 2015 and register today. What to learn more about “Feast”? Click here or check out this article from MTV News.