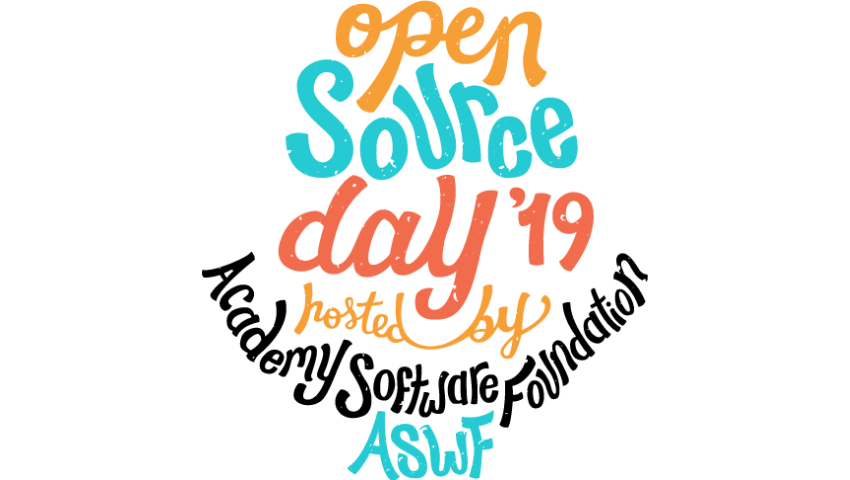 Last year at SIGGRAPH 2018, the Academy of Motion Picture Arts and Sciences and the Linux Foundation announced the formation of the Academy Software Foundation (ASWF). ASWF provides a neutral forum for open source software developers in the motion picture and broader media industries to share resources and collaborate on technologies for image creation, visual effects, animation, and sound. This week, we sat down with David Morin, executive director of the Academy Software Foundation, to talk about the foundation’s first year.

SIGGRAPH: Can you share some background about yourself and the Academy Software Foundation?

David Morin (DM): Three years ago, the Academy’s Science and Technology Council, led by Rob Bredow [of Industrial Light & Magic], started a project to investigate the health of the open source community in our industry. I had been consulting for ACES, and the council asked me to take the lead on organizing the Academy Open Source Investigation.

We gathered input from software engineers, technology managers, and executives, and we held a series of summits to assess how companies in our industry were using open source and the challenges they were facing. We determined that our industry needed a unified effort to ensure that we have a healthy, vibrant open source community that can maintain and grow the projects that our industry relies on. Thus, we formed the ASWF, a neutral forum for open source developers to share resources, coordinate cross-project efforts, and establish best practices.

SIGGRAPH: So, how has the foundation fared over the past year? What are some of the highlights?

DM: Our community has accomplished a lot over the past year, thanks to the active engagement and support of our members. We are lucky to have a board and a TAC consisting of people who are knowledgeable and passionate about open source and are actively engaged in helping the foundation succeed.

We have seen a 78% growth in membership over the past year with new members including Sony Pictures Entertainment/Sony Pictures Imageworks, Warner Brothers, Red Hat, NVIDIA, ftrack, Blender Foundation, and Visual Effects Society. And, yesterday, we announced that Netflix has joined the foundation along with Amazon Web Services, Rodeo FX, and MovieLabs.

Our TAC has been working hard under the leadership of Daniel Heckenberg to establish standard best practices and policies that make it easier for engineers to contribute code, and this has contributed to a lot of new growth and activity among the projects. Cross-project collaboration has improved, and we’re seeing an increase in code commits and new contributors across all of our projects.

For example, OpenEXR had essentially gone dormant prior to ASWF adoption, with only 105 commits during the past five years. Since joining ASWF in May 2019, it has already had 75 commits and a dramatic increase overall in code, documentation, and general communication.

And, today, OpenVDB becomes the foundation’s first project to graduate from the incubation to adopted stage! All of our newly accepted projects start in incubation while they work to meet the necessary standards to graduate to full adoption. This includes having a healthy number of committers from a diverse contributor base, achieving a Core Infrastructure Initiative Best Practices Badge, and a substantial ongoing flow of commits and merged contributions, among other criteria.

SIGGRAPH: What is Open Source Day?

DM: Many open source projects in our industry hold Birds of a Feather (BoF) sessions at SIGGRAPH, and these sessions are an opportunity to interact with the community. In the past, we have essentially been competing against each other for time slots, rooms, audience, and overall mind share. We decided to take the lead on coordinating a more unified effort that would benefit everyone involved, especially the engineers who are trying to get to all of the different sessions.

We hope to see you there!