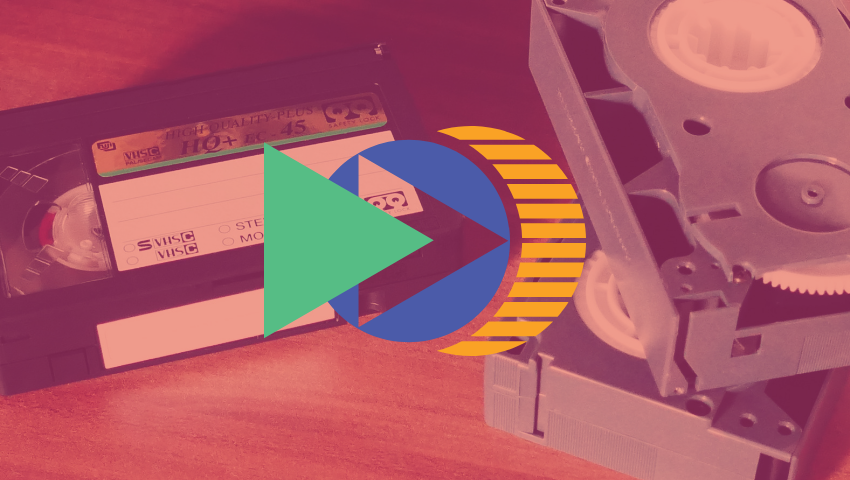 Do you miss the phrase “Be kind, rewind”? Us, too! That’s why we are thrilled to announce the first-ever VHS Theater at SIGGRAPH, part of this summer’s Computer Animation Festival programming.  With 10 amazing throwback showcases, you won’t want to miss your chance to revel in this oft-forgotten technology. In fact, you’ll wish you could “rewind” the clock so you can experience it again!

Featuring an 18-meter screen and SIGGRAPH’s new state-of-the-art VCR projector, these tapes are sure to shine…

Wait, is this for real?

Sorry to fool you, but we hope this made you smile. We certainly did while writing it.

What’s not a joke? Registering for SIGGRAPH 2019 to see all the latest technological progress (VHS not required)! We hope to see you at the Los Angeles Convention Center, 28 July–1 August.

What is April Fools?

April Fools’ Day occurs annually on 1 April and is a primarily Western observation, though similar celebrations are seen worldwide. Some believe April Fools’ Day began when Europe adopted the Gregorian calendar in 1582. The calendar had the year starting in January, rather than April, and those who continued to celebrate New Year’s on 1 April were considered the “April fools.” The observation eventually spread throughout Britain in the 18th century, leading to its becoming a two-day event in Scotland.

Now, the United States celebrates with light-hearted jokes and pranks. Similar celebrations worldwide are executed by a handful of countries, including Poisson d’Avril in France, Hunt the Gowk day in Scotland, Persian New Year (or Sizdah Bedar) in Iran, Holy Innocents’ Day (or Childermas) in Spain, April Fools’ Day in Portugal and Sweden, Holi festival in India, and Maj-kat in Denmark.