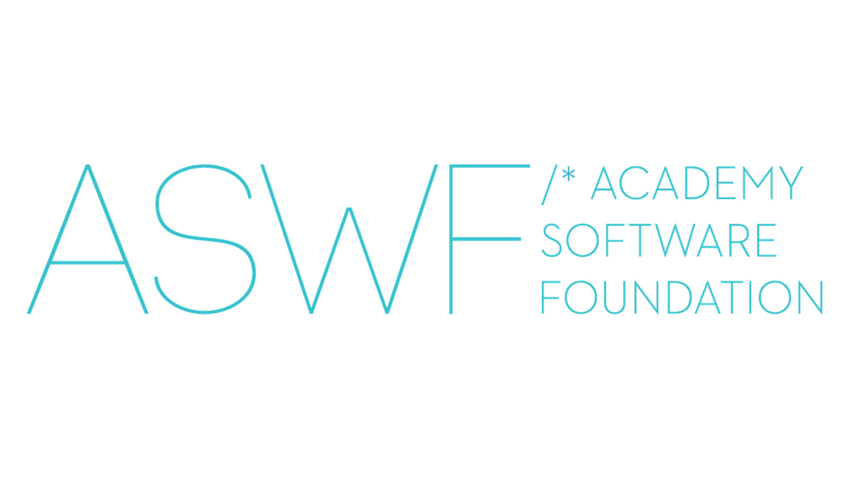 Last Friday, ahead of SIGGRAPH 2018, the Academy of Motion Picture Arts and Sciences and The Linux Foundation announced the formation of the Academy Software Foundation (ASWF). ASWF provides a neutral forum for open source software developers in the motion picture and broader media industries to share resources and collaborate on technologies for image creation, visual effects, animation, and sound. Off the heels of this announcement, we sat down with Rob Bredow​, SVP, Executive Creative Director, and Head of Industrial Light & Magic, and Member of the Academy’s Science and Technology Council​,​ chairing the Open Source Investigation Committee.

SIGGRAPH: Before we dive in, can you share a bit about your role in the birth of this new foundation?

Rob Bredow (RB): I’ve been excited about open source for more than a decade. At Sony Pictures Imageworks, I helped launch their open source initiative and we contributed a number of open source projects to the community, like Alembic, in concert with Industrial Light & Magic and OpenColorIO. I’ve also been a part of the Academy of Motion Picture Arts and Sciences’ Science and Technology Council for several years.

Two years ago, we started a project within the Academy’s Science and Technology Council that looked at the health of the open source community in our industry. We gathered a group of technology experts from around our industry to provide input and help us assess how companies in our industry were using open source and the challenges they were facing. We realized that even though we had generous companies that were sponsoring open source projects out of, truthfully, just a good will for our industry, the fact that these projects were being managed by different companies, each with slightly different licensing agreements, with a complicated set of version interdependencies, it was starting to impact the health of the community.

We started looking at what other industries have done to solve this, and we brought in The Linux Foundation to provide advice and help guide us. Ultimately, we found that a neutral, open source software foundation would help us solve a lot of the problems we were facing and make it more efficient for engineers to contribute code to open source projects. That’s why we are really excited to announce the new Academy Software Foundation. It’s a place for open source developers in our industry to coordinate cross-project efforts, share resources and establish best practices, and we believe it will increase the quality and quantity of open source contributions.

SIGGRAPH: Membership in the Linux Foundation is a requirement to participate in governance of this foundation, why is it important for companies and studios to consider joining?

RB: First and foremost, the focus of the Academy Software Foundation is really on developers, and everyone is invited to participate, and that is, and will always be free. We want to provide a place for them to work and to contribute code back to the projects that are the foundation for our industry with the knowledge that it will make its way to being used in the feature films that you see in theaters and on TV.

As a non-profit organization, the ASWF relies on funding from members to provide centralized, neutral resources to the community and help better coordinate open source efforts. We’re very fortunate to have a group of founding organizations that are covering the costs for great features like an open continuous integration (CI) and build infrastructure. Companies can see that, compared to the contribution they were already making to open source, it is much more efficient to pool our resources and put what may actually be less money in, but get a lot more out. I think that’s one of the reasons our founding member companies have been so quick to participate so generously.

SIGGRAPH: What are the first projects that the ASWF plans to take on? Which are you most passionate about?

RB: The Academy Software Foundation accepts submissions of projects from the community. There are two parts to this: the owner of the open source project submits it, and then the ASWF evaluates it to make sure that the Foundation can be a good host for the project.

We don’t have any official projects yet, since we just launched, but people have already expressed interest in asking the ASWF to host foundational projects like OpenEXR, OpenVDB, and OpenColorIO.

I am personally excited at the possibility of seeing OpenEXR hosted at the ASWF because that is a really fundamental building block for our imagery. Almost all imagery is stored in the OpenEXR file format already. It is also a project that saw tremendous innovation up front when it first came out, and it has been very reliable and stable. Since it’s such a fundamental and core part of our infrastructure that gets used everyday, it’s very important for it to be maintained well into the future.

SIGGRAPH: What made SIGGRAPH the perfect place to kick off discussion and action around the ASWF?

RB: A lot of the people who gathered around the table two years ago to first discuss the state of open source in our industry are regular SIGGRAPH attendees. When we looked at the perfect timing for announcing something as important as this — the first time that the Academy has ever partnered with another organization (The Linux Foundation) — SIGGRAPH just seemed like the perfect fit. All of our founding members also attend SIGGRAPH and it’s a great place to collaborate around this type of news. It’s a place for sharing best practices and inviting input and involvement from the community, all of which aligns with our mission.

There are thousands of world-class developers who attend SIGGRAPH every year, and I think they are going to be really excited about the Academy Software Foundation and to see the support and the energy that is going into creating a healthy developer ecosystem that provides a clear, democratic process for participating in open source projects in our industry.

SIGGRAPH: Anything else we need to know about the Foundation?

RB: There are a number of ways to get involved. Take a look at the Academy Software Foundation website, ASWF.io, and sign up for the mailing list. We are just getting started, but as projects get hosted by the Foundation, you’ll see places to work on the code and places for your improvements to be built and tested right in the infrastructure being set up by The Linux Foundation.

There are other ways to get involved as well. If you run a company, and you believe in this vision, we are looking for additional companies to sponsor this effort and help us continue to grow the number of projects that we can host. We are excited for participation from engineers, who are the primary beneficiaries of this, and also from companies and businesses that benefit from open source and want to support a healthy open source ecosystem for the motion picture industry into the future. 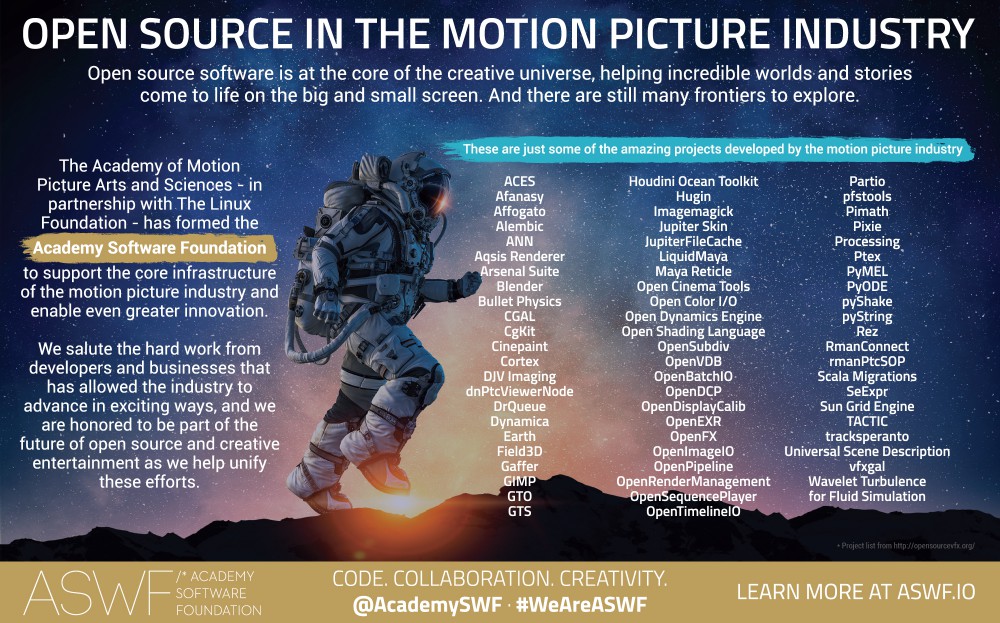 Learn more about ASWF by visiting www.aswf.io. If you are in Vancouver for SIGGRAPH 2018, join the Academy Software Foundation Birds of a Feather session tomorrow, 14 August, in the East Building, Room 11, at 9 am PT. (Add the session to your schedule via the SIGGRAPH 2018 Mobile App.)