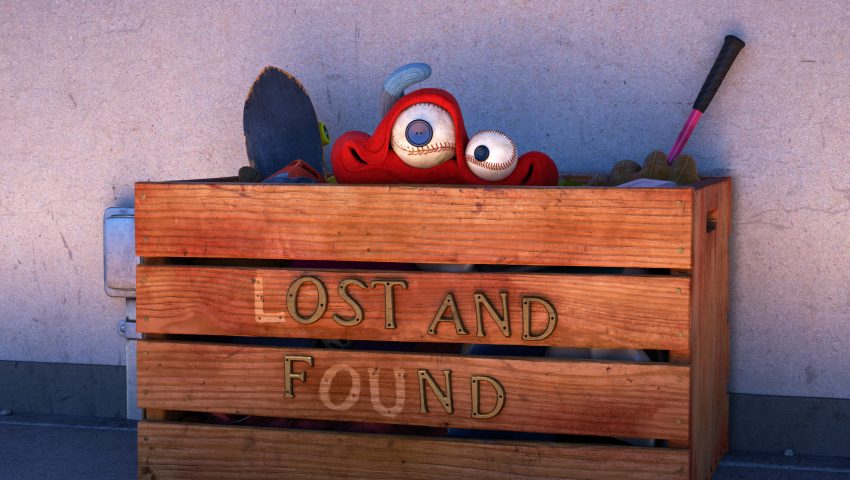 With the 2018 Oscars coming up and SIGGRAPH 2018 Computer Animation Festival submissions opening soon, we sat down with Pixar Animation Studios Director Dave Mullins to discuss his work on 2017 Electronic Theater selection “LOU.” For the short, Mullins compiled childhood experiences to create a story that showcases the inner feelings of child who is left out and looking for friends. Read on to discover what he had to say about the challenges that accompanied animating multiple objects into one and how those challenges helped him to grow as a developer.

What inspired “LOU” and how did that impact the short, both its story and development?

As is often said, you can look to your own personal experiences for inspiration. I moved around a lot as a child, and I thought about how that made me feel as a kid to inspire the story of “LOU.”* In fact, at one point, I had my mom create a list of all the places I lived when I was a kid in order to get it straight. (There were 14!) Being the new kid at school almost every year was difficult. I often felt invisible or wanted to hide in the sea of new faces.

While I didn’t act out the way JJ (the bully) does, I was voted “class clown.” [Being funny] was a way for me to control the situation and a strategy to get “in” with the other kids. That’s where the idea for JJ came from, a kid who wants to be accepted but is doing it all wrong.

Then, looking at that experience from the other angle, I thought about feeling like I wasn’t seen by the other kids at school because I was the “weird” new kid. That’s where the idea came from for Lou, a character who could hide in plain sight. At a school, the lost and found box was the perfect personification for that idea.

For this story to work, the kids had to be old enough to have meaningful social interactions with each other as well as be somewhat unsupervised at times. An elementary school fit the bill. Also, my kids were about this age when I started [working on the project], so I felt it was a story I could tell from the point of view of their experiences and my own.

How did you decide that “LOU” would be made up of multiple items found in a toy box, rather than just a single item?

In early storyboards I had the main character as a young boy stealing toys from other kids to get attention. He was keeping the toys with him, so much so that he was literally covered by them. He appeared monstrous to the other kids so he hid from them, then uncovered himself by giving the toys back [in order to] be seen as a regular kid again. The act of giving literally freed him from his monstrous form and made him human again.

This is essentially the same concept for JJ that is in the final film, though the earlier version was too abstract. The lost and found box was originally just part of the location of the film, but when you think about what a lost and found box is, its purpose in the world — to collect lost things until they can be returned to their owners — this became a much more appealing character and story. The box, or in this case, its contents, comes to life and personifies acceptance and giving. This was exciting to me for several reasons. It could only be done through animation and, more importantly, as a character Lou’s motivation would be pure and easily relatable.

What challenges did you face when animating the set of objects that make up “LOU”? What made that different from other characters you’ve animated?

I’ve animated and developed human characters on films like “The Incredibles” and “Up,” and also non-humans for “Cars” and “The Good Dinosaur,” but Lou provided a whole new set of challenges. “LOU” is really an animator’s film and it took a creative mindset to view the challenge as an opportunity and not run away screaming. Most animation rigs have a skeletal system underneath the skin and Lou certainly has elements of that, but, more often than not, he’s just a lot of loose items that are animated by hand with root transforms coupled with spline rigs for the clothing. The rigging of the hoodie was the absolute hardest part, and without the incredible rigging talent of Peter Tieryas, Jereimie Talbot, and Sajan Skaria, Lou would have been near impossible to animate.

We came up with rules and set limitations for movement within the physical body to hold it all together. For Lou to control his movement, the rule was that an eye had to be touching something for him to control it, then that object could control another object, et cetera. Lou is literally all individual pieces that have to be moved around separately. In this way, Lou is free to shape-shift and become whatever he needs to be for the situation.

With the exception of the cloth simulation to get realistic folds, bunching, and natural cloth behavior (the amazing Henry Garcia was our Simulation Supervisor), everything that you see is posed frame by frame. For animation this was both challenging and freeing. There’s the physical craziness of Lou during chase sequences because he had to retain enough of a structure to be recognizable, and also the need for an easily readable “face” to express emotion. I am incredibly impressed by my team of animators, led by our very talented Animation Supervisor Evan Bonifacio.

Share a bit about the overall project: How long did it take from ideation to development? What was the most challenging hurdle to overcome?

I have been working on ideas for short films, in my spare time, since 2005. I’d pitched quite a few short ideas at Pixar and it was during the last round of pitches, in 2013, that “LOU” was greenlit. Once in development, the film came together fairly quickly, but at Pixar we don’t just make one version of a film. Story is where you spend the majority of your time trying to get it just right. This means exploring all versions of a film. Lou’s story had several iterations, all boarded and edited. This is where you let some ideas go and find the solutions that best fit what the film is becoming.

Probably the most challenging hurdle was starting and stopping work on the film. During the final pushes of production on feature films, Pixar can be in an “all hands on deck” situation. My crew and I were needed elsewhere, so “LOU” production had to shut down during those times.

I tried to use the restart as a moment of clarity, to creatively see the film with fresh eyes.

Are there any upcoming projects you are working on that you can talk about? Will you be spearheading another short or taking on a feature?

I am currently supervising animation on “Incredibles 2.” It’s great to be working with Brad Bird for the second time but in a different role and closer to the “action.” I am always working on my own ideas and hope to be able to bring them to the screen in the future. I have a lot of ideas and my goal is to direct feature animated films.

“LOU” received a wide release ahead of “Cars 3.” How special was that, to have “LOU” see by so many audiences?

It was fantastic! Not at all nerve wracking. Honestly though, I was so nervous, I wanted to barf before seeing it with a general audience the first time, but they laughed and got emotional when I hoped they would. (So no barfing that day.)

It was also great to be able to travel with the film to many festivals, all quite different from one another. Viewing your film with a large variety of audiences is satisfying. You really find out what concepts and emotions are universal to all of us. I was able to speak with many other filmmakers, aspiring animation students, children, adults, and, of course, Pixar fans after screenings. It’s always amazing to hear the differences people take away from “LOU,” as well as see how many relate to the feelings of being a kid on that playground. I am fortunate to have had my first film seen by so many!

The theme for SIGGRAPH 2018 is generations, and “LOU” — as a SIGGRAPH 2017 Computer Animation Festival Electronic Theater selection — is officially part of SIGGRAPH’s generations. Do you have any tips for first-time attendees to the SIGGRAPH conference?

I would suggest talking to as many people as you can and seeing as many panels as possible. There are so many talented people from our industry presenting and just plain roaming around the halls that you’re pretty likely to meet someone with the same interests as you. Who knows, maybe you’ll even end up making a film with them someday. I did.

*”LOU” is the title of the film, Lou is the name of the character. 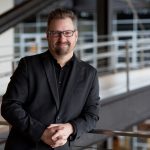 Dave Mullins joined Pixar Animation Studios in September 2000. His first project was working as a pre-production animator on the Academy Award®-winning film, “Finding Nemo.” From there he went on to animate on a number of feature films including “Monsters Inc.,” “The Incredibles,” Golden Globe®-winner “Cars,” and “Ratatouille.” He also worked as directing animator on Academy Award®-winner “Up,” and was a supervising animator on “Cars 2.” Mullins made his directorial debut with Pixar animated short “LOU,” which opened in front of “Cars 3.”

A life-long lover of movies, cartoons, and drawing, Mullins was determined to land a job as an artist. While studying painting in art school, he found a RISC 6000 computer in the computer lab storage closet and taught himself how to use it. After creating his first animation of a walking coat hanger he was hooked. He graduated from Rhode Island School of Design (RISD) with a BFA in Illustration and was able to secure his first job in the movies creating animated concession stand ads for theaters. Prior to coming to Pixar, Mullins’ early resume includes Pike Productions, The Post Group, Acclaim Entertainment, Walt Disney Animation Studios, Dream Quest Images, Digital Domain, and Sony Pictures Imageworks. He currently lives in Moraga, Calif. with his wife, their two children, and dog, Pickles.