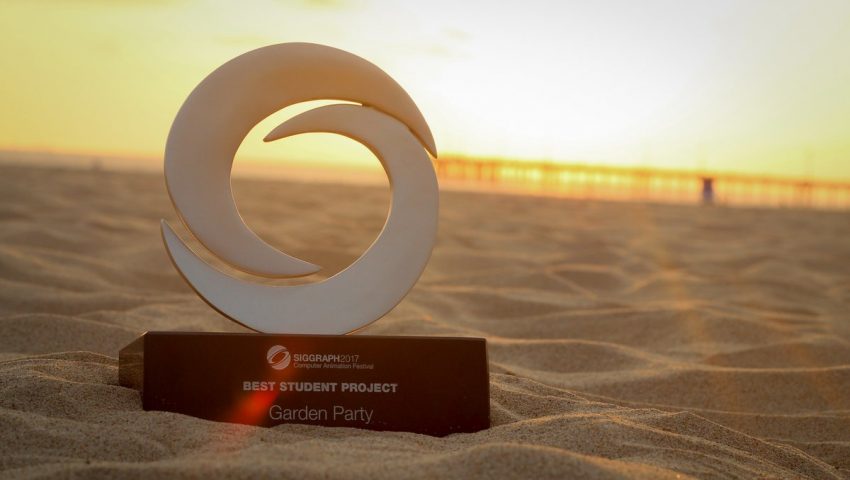 It has been a big, amazing year for art, research, and technology and SIGGRAPH 2017 was there to award it all. Find out who won our top honors and learn more about the projects below.

The ACM SIGGRAPH Awards program recognizes individuals who have made a significant contribution to the computer graphics community through their research, teaching, service, or writing. Watch the full Awards Talks presentation above. Honorees include:

Art Papers contribute to our understanding of the history of art, inform contemporary artistic and critical practices, and anticipate and stimulate future trajectories. For the first time in 2017, the Best Art Paper award was announced on-site during the Art Papers session. The inaugural winning research project was “Transforming the Commonplace Through Machine Perception: Light-Field Synthesis and Audio-Feature Extraction in the Rover Project” by Robert Twomey (Youngstown State University) and Michael McCrea (University of Washington). Check out Twomey’s blog post recapping the experience!

I received the Best Art Paper award at SIGGRAPH 2017 for my paper with Mike McCrea. Check out that cool trophy! Thank you Ruth and all of the jurors, organizers, and presenters, it was a great program. #siggraph #siggraph2017 #lightfield

For the third year in a row, the Best Real-Time Graphics & Interactivity Award went to an Unreal Engine-fueled project. (Read about the 2015 or 2016 projects.) Juried live on-site, the winning project was “The Human Race” by The Mill in collaboration with Epic Games, and was presented onstage by The Mill’s Joji Tsuruga and Eric Renaude-Houde. Watch the full presentation above, then check out announcement’s from The Mill and Unreal Engine.

We’re thrilled to announce that we won this year’s #SIGGRAPH2017 Real Time Live title! @Mill_NY’s Joji Tsuruga & Eric Renaud-Houde take the stage with Michael Gay of Epic Games to demo ‘The Human Race’, #MillCyclops and #MillBlackbird – all in 6 minutes! * ‘The Human Race’ is an interactive film made possible by real-time VFX & powered by @unrealengine’s #UE4 #MillCYCLOPS and #MillBLACKBIRD – which will be featured in the #ExperienceHall beginning tomorrow. Watch the full film on facebook.com/millchannel * * * #realtimeVFX #realtime #SIGGRAPH #VFX #CG #VFX #realtimelive @joji_tsu @num3ric

The 2017 Best Student Project went to MOPA’s “Garden Party.” The animated short film tells the story of a female frog who is graciously swimming in the water and catches the attention of a curious male toad. Meanwhile, in the rich villa both amphibians have taken for residence, everything is very silent and the frogs explore their surroundings. Watch the trailer above.

Days to remember. Warm thanks to the organisation and the jury of @siggraph 2017 for these moments. #siggraph2017 #LA #gardenparty pic.twitter.com/YYMmjG7imh

Jury’s Choice for the SIGGRAPH 2017 festival was awarded to MPC for its work on the “John Lewis Buster the Boxer” Christmas holiday advertisement. Read about the project here, then watch the full ad above.

An Academy Award qualifier, the most recent honoree of this prestigious festival award is student diploma project “Song of a Toad” from Filmakademie Baden-Wuerttemberg. The film follows the story of an ugly, fat toad who sits atop the main character Svobodan’s head. The aim of the story is to address peoples’ struggles with their own oddities, and the desire to fit in. Watch the making of “Song of a Toad” above, check out director Kariem Saleh’s interview with Animation Magazine, or listen to our SIGGRAPH Spotlight podcast episode below for more about this animated short film.