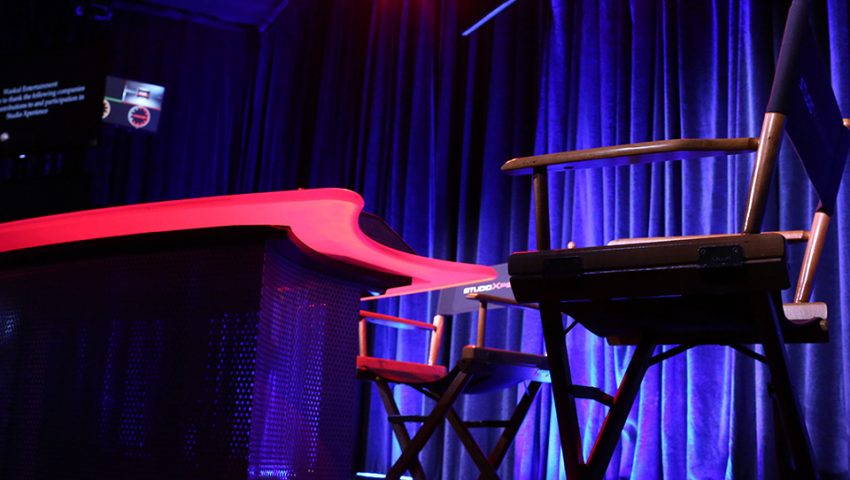 The SIGGRAPH 2016 StudioXperience will connect you with a steady stream of innovators and key executives from industry-leading companies. This special attraction features an on-site Broadcast Studio, allowing attendees to see listen in, view, and – at times – participate in dialog with legends and leaders of computer graphics and interactive techniques.

In the Broadcast Studio
In this live production environment you’ll get a behind-the-scenes look at content creation and broadcast streaming being utilized by the Waskul.TV production team. If you are interested in production workflows, representatives from Intel, HP and Dell will be able to talk with you specifically. They will discuss the production workflows being utilized in the studio as well as about new workflows for VR and AR, game development, visual effects and more. For the first time this year, audience members will be able to join in the conversation during Q&A sessions at the end of most interviews.

Don’t miss out! Take a front row seat and hear from key executives and industry luminaries who will join tech expert Steve Waskul on stage to discuss where we are today, make the case for their innovations, and share their visions for the future.

Industry Influencers
Here’s a list of a few of the influencers who will be on hand during next week’s StudioXperience:

For a full listing of interviews and the live broadcast schedule, visit the StudioXperience at SIGGRAPH web page.