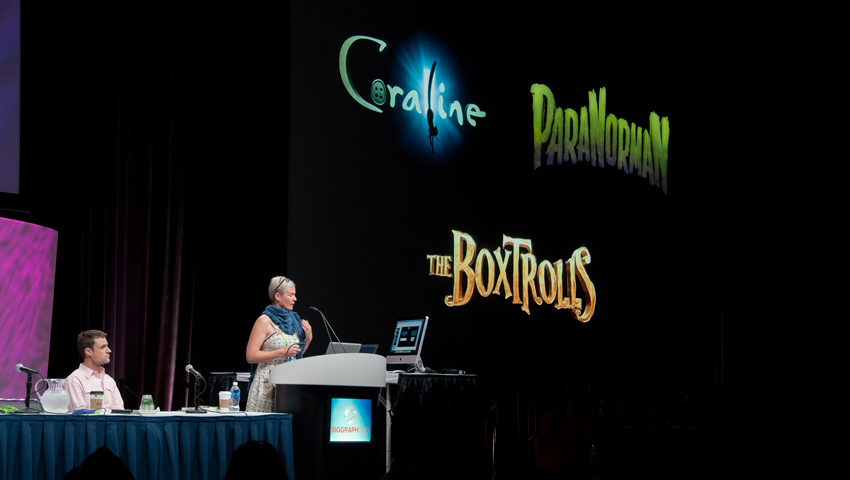 A longtime SIGGRAPH conference supporter, LAIKA has shared its eccentric cinematic journey during Production Sessions in 2009 with “Coraline,” 2012 with “Paranorman,” and 2014 with “The Boxtrolls.” Each session highlighted the “unique collaboration” involved in LAIKA filmmaking and lessons learned from creating their Oscar-nominated films using a 3D stop-motion and CG hybrid technique. As the first animation company to explore these techniques in cinema, LAIKA’s ground-breaking contribution to the field has demonstrated a new innovative practice that is changing the industry.

To embrace and honor its craft, LAIKA is sharing its story in video form. Press play below to watch LAIKA’s cinematic journey.

As Travis Knight, LAIKA President and CEO, said in a blog post announcing the video,

“These last ten years have been magical…But as I look forward, I’m more excited for what the future holds. We’re just getting warmed up.”

Congrats to everyone at LAIKA on this achievement. Stay up-to-date on all things LAIKA by visiting LAIKA.com, including the upcoming release of its latest project “Kubo and the Two Strings.”