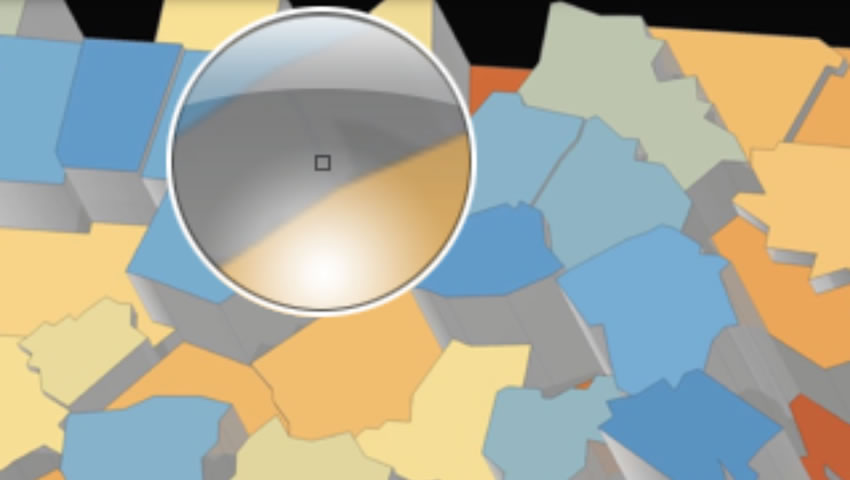 Today, we often use step-by-step navigation software like Global Positioning Systems (GPS), instructions from web sites like Map Quest, or our Map Apps on smart phones to find and get to unfamiliar places. While this might seem good enough, companies like Google, Apple, Uber, Nokia, BMW, Audi and Mercedes-Benz are preparing for a even greater step in digital cartography. These and other companies forecast future communities where automobiles drive themselves while people routinely walk with wearable guides that are intelligent enough to know the person’s desires and how to find it. The notion of a digital atlas that supports these types of activities is fundamental to this kind of anticipated mobility in a community. Combining a digital atlas with a automated intelligent suggestion system will allow for personalized and visual smart phone apps that will anticipate and facilitate each individual’s shopping or eating preferences.

Traffic engineers are stepping us further into a world of vehicle-to-vehicle communications that anticipate or warn of traffic congestion and hazards. It is anticipated that future “smart communities” will have its bus lines, taxicabs and other mass transit linked into a municipal control room.

Beyond Google’s and Apple’s interest in location-based technologies, the German luxury car trio of BMW, Audi and Daimler recently purchased Nokia’s mapping division, entitled Here. These automobile manufacturers hope to use the Here technology to assist drivers in finding the least expensive fuel, locating movies playing in the nearby community, or anticipating hills ahead to adjust for fuel consumption. 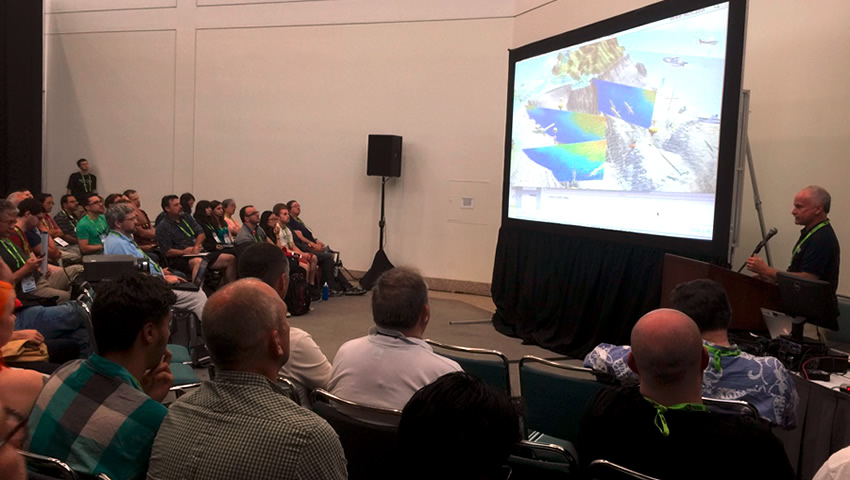 The future of digital mapping to support our daily lives is well underway. This future was recently shown by the large attendance at the ACM SIGGRAPH Cartographic (Carto) Visualization Birds of a Feather (BOF) session held at SIGGRAPH 2015.

Since it formation in 1996, the ACM SIGGRAPH Cartographic  Visualization Project has held a Birds-of-a-Feather session at the annual SIGGRAPH Conference. At SIGGRAPH 2015 in Los Angeles, California, this tradition continued with our session held in the ACM SIGGRAPH Theatre on Monday, August 10, 2015. Our agenda included presentations on Cesium, a Web GL Virtual Globe and Map Engine, and the X3D Geospatial Component developed by the Web 3D Consortium.

Mike McCann of the Monterey Bay Aquarium Research Institute and member of the Board of Directors of the Web 3D Consortium highlighted the Geospatial Component of the X3D open standard. X3D makes it easy for people to put their 3D content on the web. The Geospatial Component was demonstrated using ocean studies data at the Carto BOF.

Acknowledgements: We thank the many people whom have supported the ACM SIGGRAPH Cartographic Visualization Project through their presentations and attendance at its BOF sessions each year since 1996.