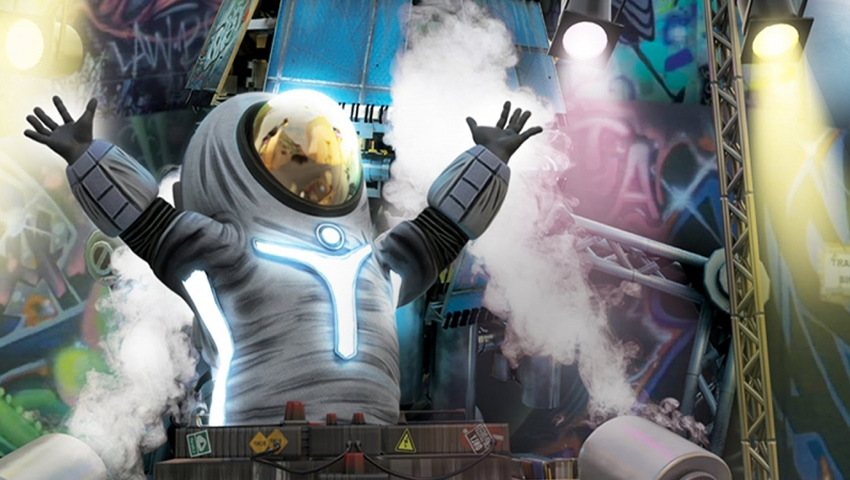 The VR Village is a new program being introduced at SIGGRAPH 2015, co-chaired by myself and Denise Quesnel from the Emily Carr University of Art + Design. Our goal is to create a “virtual screening room” for the world’s best immersive and interactive programming spanning virtual reality (VR), augmented reality (AR) and fulldome formats.

Here’s a little background on how the VR Village was conceived and some tips for how to get the most out of your VR Village experience.

A BRIEF HISTORY OF VR AND SIGGRAPH

I was first introduced to VR at SIGGRAPH in 1991 and it was clear to many of us at the time that this medium would fuel a new generation of entertainment, education and more. I saw that head-mounted displays (HMDs) presented an array of technical challenges that would take time to resolve, and instead gravitated towards “spatially immersive displays” – wrap-around immersive projection environments – as a more practical VR visual interface. The CAVE (cave automatic virtual environment) was also introduced in the early 1990’s and was quickly embraced by academic researchers. I joked that the CAVE was a rectilinear approximation of a sphere, and that spherical environments were better suited for group immersion.

You see, in 1990 I had transitioned from an aerospace engineering career to work in a planetarium in Cocoa, Florida, with visions of transforming planetarium domes into immersive visualization environments. Attending SIGGRAPH blew my mind. I vowed to bring together the SIGGRAPH community (the world’s most brilliant computer graphics artists, programmers and researchers) and the planetarium community (a global network of immersive projection domes focused on cosmological storytelling and meaningful media). I didn’t know at the time that this would be a 25-year plan!

Throughout the 1990’s, I organized courses, participated in panels and presented papers on immersive VR content as part of SIGGRAPH and concurrently, while working at Spitz Inc., my team developed and deployed multi-projector immersive display systems in planetariums around the world. Along with a handful of industry leaders, we transformed planetariums into powerful immersive visualization environments (there are now over 1300 digital domes in the world!). We brought our early lessons back to SIGGRAPH in the early 2000’s.

At SIGGRAPH 2003 we took over the Rubin H Fleet Science Center’s 23m dome with dual WQXGA fisheye projectors and, in addition to bussing attendees to the science center for the the daytime course, we presented the world’s first fulldome film festival that evening called the Fulldome Showcase. We screened 30 fulldome art and educational storytelling pieces from the top 10 immersive media producers in the world, plus a real-time interactive teapot from local researchers at UCSD. It was the 30th anniversary of Omnimax – in the very theater where Omnimax was created – and the 20th anniversary of Nelson Max’s Call for Omnimax Films at SIGGRAPH 83.

In the 12 years since SIGGRAPH 2003 in San Diego, I’ve worked diligently to find real-world applications for immersion domes, interactive/VR technologies and awesome programming. I founded Vortex Immersion Media in 2007 to pursue this as my primary career, and the company has steadily grown, mostly through the production of large-scale events in mobile domes for corporate sponsors.

During the late 1990’s and the early aughts, VR was nearly forgotten by the popular media. VR-related technologies continued to develop, of course, primarily in research labs and in niche markets. And SIGGRAPH was the go-to place for researchers and developers to share and discuss their work. Continual improvements in GPU processing, primarily driven by the games market, was setting the stage for a new wave to emerge.

In the mean time I met Jeff Jortner, President of ACM/SIGGRAPH at an annual IMERSA Summit. IMERSA is a trade association focused on “Immersive Media Entertainment, Research, Science and Arts,” and the Summit brings together a couple hundred fulldome professionals annually.

Jeff was impressed with the fulldome community and said that he wanted to bring this same energy, excitement and creative innovation to SIGGRAPH. He invited the IMERSA Board to SIGGRAPH 2014 in Vancouver where I met SIGGRAPH 2015 Chair Marc Barr and the 2015 planning committee. Shortly thereafter, the $2b acquisition of Oculus VR by Facebook set off a VR frenzy for investors, programmers and creatives alike. In Los Angeles we saw our small quarterly VR meetup group – VRLA – go from 200 attendees to 750 attendees (and most recently over 2000 attendees). VR had made a huge, unexpected comeback!

As planning for SIGGRAPH 2015 got underway, I suggested that we take a broader view of immersive media that would embrace the resurgence of interest in VR. We realized that many newcomers to VR have only been exposed to a narrow range of applications – primarily HMDs. I proposed a “VR Village” to showcase excellent storytelling modalities and real-world applications – from domes to AR to VR – that are critical to the larger public acceptance of these new formats.

Creating a new program is a lot of work, so Denise Quesnel, Immersive Imaging Liaison for ACM SIGGRAPH 2016, came on board as the VR Village Co-Chair and has since played a formative role in shaping the program. There is no way the VR village would be happening without Denise!

The VR Village is a “calling of the tribes,” re–uniting a wide range of VR storytellers and application developers into a single “village.” We seek to inspire attendees with the most innovative works in VR, facilitate cross-pollination of information across multiple disciplines, and foster first-person networking and collaborations. And we hope to inspire developers to see VR, AR and immersion domes as an immersive media ecosystem, just as feature films, television, online and mobile create a flatscreen media ecosystem.

Magic happens when innovators are inspired by the promise of new and exciting creative/technical frontiers where they can make original (perhaps even seminal) contributions. The virtual reality space is ripe for innovation, and is attracting substantial funding from a variety of sources. SIGGRAPH is the world’s largest international gathering of innovators in computer graphics and interactive techniques, both creative and technical, attracting developers in government, academic, commercial and industrial markets. There is not a better conference for bringing together the larger VR community

Our greatest challenge with the VR Village is the limited number of attendees that will be able to experience our contributor’s programming firsthand. With 5 days of conference time and 10 HMD stations, two Nomadic VR arenas and one 50-seat digital dome, attendee opportunities could be limited if demand is high.  Consequently, we are releasing a scheduling app that allows a limited number of slots to be reserved. And if you miss the RSVP cycle, you can still show up – walk–ins are welcome. Dome reels will be running daily featuring art films and scientific visualizations, plus occasional Dome Talks. Look for the VR Village dome in Hall G near Emerging Technologies, Studio and the Art Gallery.

Mr. Lantz has published and presented numerous papers on VR and entertainment technologies, and is a regular contributor to ACM SIGGRAPH papers, panels and courses. He founded the International Planetarium Society’s Fulldome Video Committee and the first Fulldome Standards Summit held in Valencia, Spain in 2004, and co-organized the first Immersive Cinema Workshop in Espinho, Portugal in 2005. He received an MS in Electrical Engineering from Tennessee Tech University (1984), serves on the boards of the Center for Visual Music and the Center for Conscious Creativity, and holds two US Patents on immersive video-based theater technology.