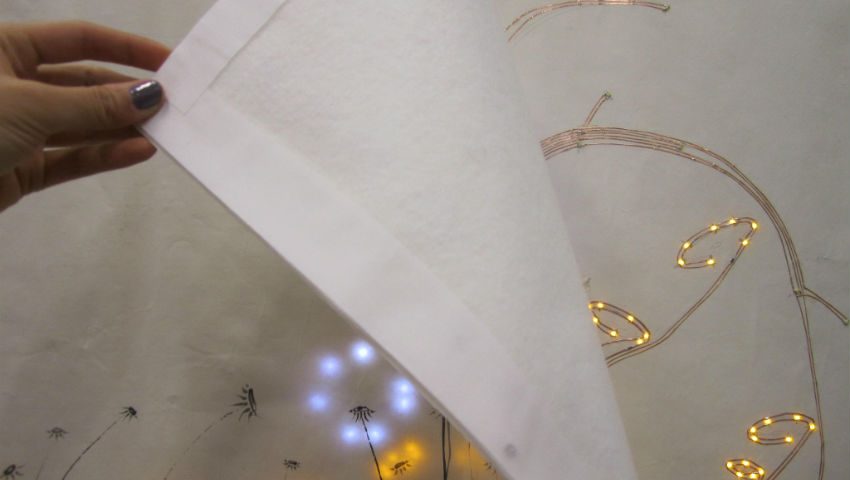 Image: Made by Jie Qi and Brian Chan.  Inspired by Jessie Thompson and Zach Berta

This Q&A is part of a series where we sat down with innovative makers across disciplines to both celebrate the launch of the conference’s brand-new Making program and to highlight the impressive work of the making community. Making @ SIGGRAPH 2015 is for all those who seek to be inspired and those who want to inspire. Featured work within this program was submitted in response to a Tinker. Make. Innovate. challenge that will show off inventions that could change the world.

Jie Qi is a research assitant with the Responsive Environments Group at MIT Media Lab.

SIGGRAPH 2015 (S2015): Tell us about the moment you got involved in Making and what that has meant for both your personal and professional growth.

Jie Qi (JQ): Well, I’ve been making stuff since I can remember. When I was little, I was really obsessed with origami and would look at the pictures — because I couldn’t read then — and diagrams to figure out how to fold. It was magical to me how a simple piece of paper could turn into so many interesting things!

I didn’t get involved in the “Maker” movement until much more recently, when I went to my first Maker Faire back in 2009 with my adviser Leah Buechley and Ayah Bdeir of littleBits, who I was also working with then. It was pretty amazing to see so many cool projects, interesting ideas and very excited people all in one place. In the process of creating projects in this way, I’ve gotten much more comfortable exploring, making mistakes and learning! I remember basically breaking stuff for a month straight before I understood how to get the circuit to do what I wanted… and it’s been pretty fun ever since.

S2015: How do you see Making fitting into the “Xroads of Discovery” that SIGGRAPH conferences are known for?

JQ: To me, “Making” in this sense describes a tinkering approach to creating and being open-minded to new, weird and silly combinations that lead us down new paths that may seem doomed at first but end up in new and wonderful discoveries.

S2015: What are your top three tips to being successful at the “think with your hands” approach to learning that is Making?

S2015: With SIGGRAPH 2015 taking place in Los Angeles this year, tell us what you know about the Making community in the City of Angels.

JQ: Admittedly, I haven’t spent much time in L.A. so, unfortunately, I only know as much as a tourist. L.A. seems like a super creative place in its own way: Some of the best stories are born here in the form of film and performance (and computer graphics and special effects!)… I think those are definitely some of the best forms of making.

S2015: In 140 characters or less, convince someone to attend the Making @ SIGGRAPH program during SIGGRAPH 2015.

“Come create with technology and surprise yourself with what you’re capable of!”