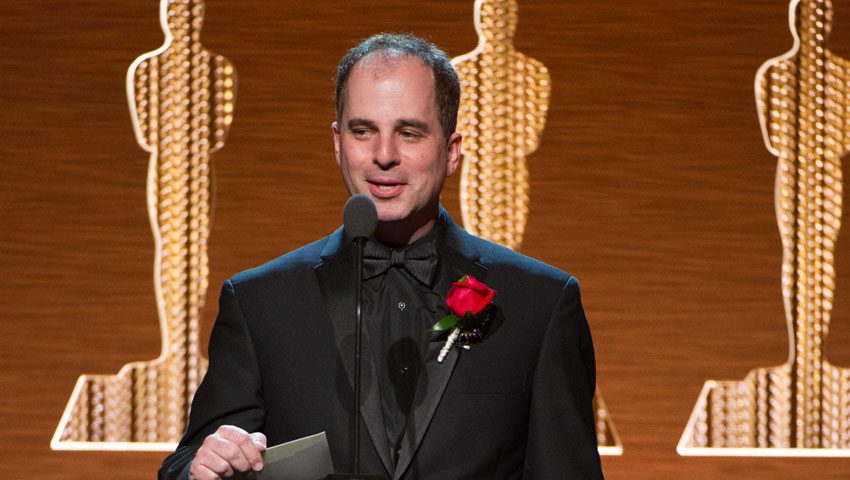 From the facial animation heralded in “Benjamin Button,” to the destruction of cities in “Transformers,” and the sculptural artistry of the characters in “Pacific Rim” and the “Avengers,” much of the effects on screen are computer generated — and this year’s deserving Academy of Motion Pictures Arts and Sciences Scientific and Technical Awards winners were a part of that computer graphics revolution.

The Academy of Motion Pictures Arts and Sciences recently awarded technical awards in a variety of fields, in conjunction with the Academy Awards. 27 of the Academy Technical Awards recipients were computer graphics related. Many had participated in SIGGRAPH Conferences or published papers at SIGGRAPH. This article is an overview of some of those honored with Sci-Tech Awards this year, and their long-term relationship with ACM SIGGRAPH.

Bullet physics has been accepted by many software vendors as an efficient physics simulation system with great results. Maya, Blender, Houdini and other packages have incorporated the system as part of their dynamics pipeline. Developed by Erwin Coumans, who won a Sci-Tech Award and expanded by others, Bullet continues development and enrichment.

Dr. Nafees Bin Zafar has been given a Technical Award for developing Bullet within the production environments of Dreamworks and Digital Domain on movies such as “Puss In Boots,” “Tron: Legacy” and “2012.” Dr. Nafees Bin Zafar is originally from Dhaka, Bangladesh, but usually calls Los Angeles home. He is the Director of Research and Development at Oriental DreamWorks in Shanghai, and has worked on many films over the last 13 years, such as “Pirates of the Caribbean: At World’s End,” “2012,” and “Kung Fu Panda 2.” In 2008, he won an Academy Award — the first by a person from Bangladesh — for his work on pioneering digital fluid effects, now used throughout the visual effects industry. His interests range across distributed computing, image processing, and dynamics simulation systems. For the past 10 years, Dr. Nafeees Bin Zafar has contributed sketches and courses to SIGGRAPH conferences. He has served on juries for SIGGRAPH, and has been a Program Chair for the Digital Production Symposium. He has also served as a member of the Digital Imaging Technology Subcommittee of the Academy of Motion Picture Arts and Sciences, which investigates groundbreaking technical contributions to the film industry for the Academy Awards.

Seperately, Ron Fedkiw has been awarded a Technical Award as one of the developers of the PhysBam destruction system in the production environment of ILM. Since 2001, Dr. Fedkiw has contributed papers every year to SIGGRAPH sponsored events. He was awarded The Significant New Researcher Award in 2005 and was on the 2002 papers committee.Dr. Fedkiw has published over 80 research papers in computational physics. For the past ten years, he has been a consultant with ILM. He received screen credits for his work on “Terminator 3: Rise of the Machines,” “Star Wars: Episode III,” “Poseidon” and “Evan Almighty,” but his research work has been implemented by others in many more films.

Meanwhile, the destruction toolkits built on the research of the finite element methods created by James O’Brien were also awarded as was the influential research by Dr. O’Brien. Dr. O’Brien serves as an ACM SIGGRAPH director at large. He has contributed numerous papers to SIGGRAPH conferences. The Finite Element Analysis system in DMM Digital Molecular Matter utilized an algorithm for fracture and deformation developed by O’Brien, now a University of California, Berkeley professor, as part of his PhD thesis. The O’Brien algorithm was refined, optimized and implemented into the DMM middleware by a team led by Eric Parker, the CTO of Pixelux, and the DMM tools pipeline was designed and implemented by a team led by Mitchell Bunnell, the CEO of Pixelux. DMM was designed for video games over a six and a half year period starting in 2004. From 2005 through 2008, Pixelux DMM technology was exclusive to LucasArts Entertainment as a part of the “Star Wars: The Force Unleashed” project.

Cary Phillips was another winner of Technical Award for the ILM Shape Sculpting System. Cary has been 20 years at Industrial Light & Magic, as R&D Engineer, Principal Engineer, R&D Supervisor, and since 2013 co-head of Research & Development, leading projects and teams that push the state of the art in visual effects for major Hollywood movies. Over the past 20 years, the members of the R&D group at ILM have won 12 Academy Scientific and Technical Awards and been granted dozens of patents. Another member of his team on the Shape Sculpting System, Colette Mullenhoff, was the only woman to win a Technical Award this year.

Ken Pearce was a Technical Award winner as Head of Motion Research for the MOVA facial capture system developed and used on “The Curious Case of Benjamin Button” and other projects. He has a long history with computer graphics, working as Director of Animation Software Development at Xaos and Pacific Data Images. When MOVA prepared the facial capture demo for SIGGRAPH, no one was sure it would work, but the resulting SIGGRAPH demo created stunning results of facial capture that would be utilized in many productions; from “The Curious Case of Benjamin Button” in 2008, to a long series of movies that followed using Mova Contour, including “Harry Potter and the Deathly Hallows” and “Gravity.”

These are just a few examples of the relationship between ACM SIGGRAPH and the Academy Awards. The close relationship between research in computer graphics and adopters of the research for visual effects in movies has created a wealth of imagery based on the research of academic and production entities. Many researchers create the postulations of their theories and present them at SIGGRAPH. The visual effects community then reviews the papers and incorporates them in their pipelines. This rich cooperative environment has borne great rewards in fantastic effects and imagery and will continue as graphics expands in new realms.

Be inspired by great minds like these. Don’t forget to register for SIGGRAPH 2015